Learn about the usages of various forms of the MySQL COUNT function with examples:

COUNT is a simple aggregate function, yet very effective and widely used. In very simple words, it’s used to COUNT the number of rows against a given SELECT query and criteria. 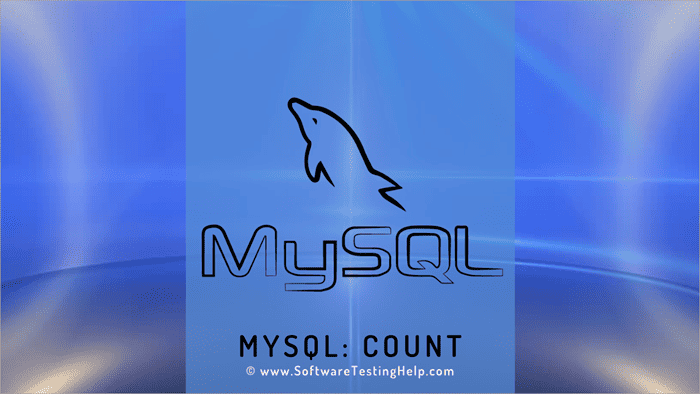 We would be using the following tables and data for the examples for the MySQL COUNT function.

Stores details of various products in a store

Let’s create the tables and insert dummy data using the queries below:

Please refer to images of the tables with the test data as created above. 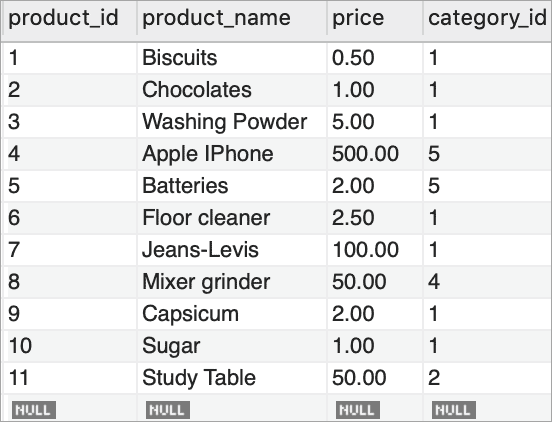 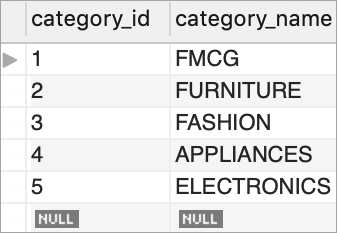 In this section, we will see the COUNT function in the most simplistic way.

We will use COUNT to return the number of rows without any NULL or DISTINCT checks.

With the above query, we will just get the number of rows returned against the select statement.

Now we will use the COUNT function with conditions or column values.

Example: Suppose we want to count the no. of rows where there are no non-null values for product-names.

We can add product_name (or any given column name) as the expression in the COUNT function, which would then result in a count of rows having NON NULL product_name rows.

In this case, the output will be 11 (as all the test data already has values for product_name column)

Let’s add a new row, with a NULL value for product_name.

The above COUNT query will return count of all rows having a NON NULL product_name.

Since we inserted a row with NULL product_name, that would not be returned in the results. So the output would be still 11 rows.

In the previous examples, we used the COUNT function with an expression. We can also combine the expression with a DISTINCT command to get all the NON NULL values, which are UNIQUE as well.

Let’s try to get the DISTINCT category_id from the product_details table.

As you can see above – the output is 4, which represents the total no. of category_id’s in table product_details.

COUNT With GROUP BY

Let’s look at an example where we want to use COUNT along with GROUP BY. This is an important combination where we can get a COUNT against a grouped column and analyze data depending on different values of a target grouped column.

For example: Find the no. of products against each category from the product_details table.

Every NON NULL value would be counted as a single row w.r.t COUNT function.

For example: Use the COUNT function to find all the products within the price range of 20$.

In the above query, we have obtained the COUNT of all products whose price range is between 0 & 20. For the FALSE condition, we have set the value to NULL, which does not get counted, when the row is evaluated for different column values.

COUNT can be used with JOIN statements as well. Since COUNT applies to no. of rows, it can be used with any combination of a query operating on a single table or multiple table using JOINS.

For example: Suppose we want to count the number of categories in category_details table and name the resulting column as category_count, we can use below query:

Q #1) How do I use the COUNT function in MySQL?

Answer: COUNT function is an aggregate function that can be used in 3 ways.

Answer: Both the statements behave in an identical way. From MySQL’s definition of COUNT, anything in parentheses () is an expression – and any NON NULL value would be counted as 1.

So in this case, both * and 1 is treated as NON NULL and the same result is returned i.e. the result of both the queries below would be the same.

In this tutorial, we learned about the COUNT function and the different variations provided by MySQL.

We also saw how we can use COUNT with different scenarios, like combining COUNT with GROUP BY and writing an IF function within the COUNT function.

The COUNT function is one of the most important and broadly used functions in MySQL and is largely used to aggregate data depending on the specified conditions for one or more tables.