What is an Android Emulator?

Android Emulator is an Android Virtual Device i.e. AVD which is designed to represent any particular Android device.

Windows Emulator can be used as a platform or environment to run and execute the Android application on the system. Its usage depends on the user’s needs and can be optional. It is useful to deploy the applications which are developed in users IDE without actually installing it in your system. 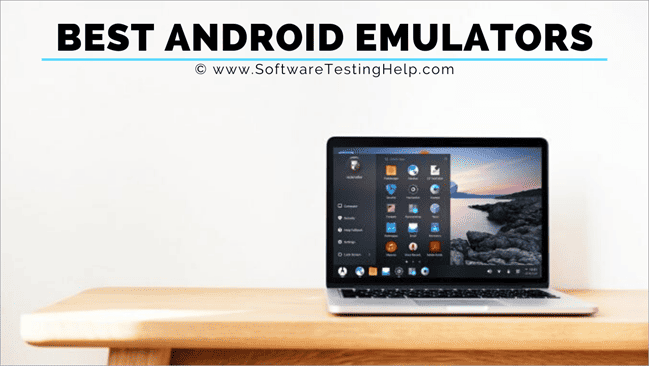 Android is a Linux based Operating System (OS) that is open source and is used for mobile platforms like smartphones, tablets, etc. Android is a preferred OS because of the features like open-source, large developer and community reach, increased marketing, inter-app integration, reduced cost of development, higher success ratio, rich development environment, etc.

Why do we require Android Emulators when we have Android?

Android phones are useful, portable, and creative but when it comes to regular use or long hours of use at a time, it cannot match computers.

Here, the Emulator comes into the picture as it allows us to create a bridge between the user’s Android device and the computer’s strong resources. It helps in reducing the lags of Android games, allows users to get access to computer controls, and mainly allows the users to use all their smartphone features on the computer and a much bigger screen.

How Do Android Emulators Work?

Android Emulators work on the principle of complete platform virtualization for both hardware and software. The AVD manager helps the user to set up and do the configurations for virtual Android devices. It has information on device type, system image or Application Binary Interface (ABI) and verifies the configurations.

Android Emulator is known to mimic the device hardware. Now, post that, it helps in translating the ABI to match the host device. Then the user integrates it with the operating system and runs it like a program or application on their computers.

Android Emulators are becoming more popular as they provide a good workaround for people who don’t have high-end Android devices with good configuration. They also provide access to all mobile applications from PC. Users can play multiple games at a time with good performance.

How to install Android Emulators to your PC:

Below listed links gives a detailed explanation to install emulators.

Pro Tip: Android Emulator tool should have good integration with Android devices. It should be fast and should give a smooth gaming experience for high definition games. It should have a customization option for configurations and support external devices like keyboard, IPad, mouse or joystick for the improved user gaming experience. In the user interface, users should get some shortcuts. Android emulator should have an installation process and user-friendly manual guides for reference.
=>> Contact us to suggest a listing here.

Comparison Of  Top 5 Android Emulators For PC And MAC 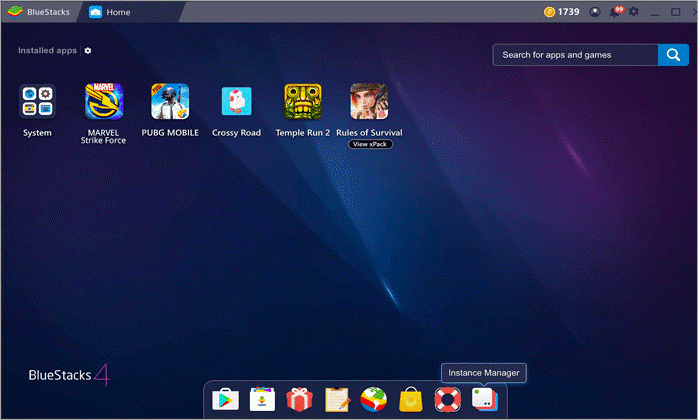 BlueStacks is an American company that produces BlueStacks Android Emulator. BlueStacks was introduced in the market to push the mobile gaming boundaries.

It allows you to run Android apps and high definition games on the user’s system. It offers a unique platform that combines both traditional and digital advertising channels to maximize their capacity in a manner never done previously.

In 2013, BlueStacks had a user application install base of 10 million which has provided access to around 1.5 million Android applications and games. It is continually growing and now has approximately 130 million users using it. BlueStacks was able to raise around $30 million in funds from companies like Samsung, Qualcomm Ventures, Andreessen-Horowitz, Intel and others.

Price: It is an open-source. Its premium version comes for $24 per month.

Android Studio is Android’s official IDE for the Android operating system of Google. It comes along with extremely flexible features and is capable of starting user’s applications way faster than real device.

Users can get the advanced performance and view of its mobile applications in a system with more freedom and a bigger view. It supports high definition games consuming low memory on the system. With Google’s brand, great reliability also comes with this emulator.

Remix OS Player is an Android emulator for the Windows system that is known to offer the most immersive Android experience on the system. It also includes a key mapping tool phenomenon which helps the Android games with touch controlling schemes, so the user can play more efficiently with mouse and keyboard.

For installing this emulator, the user needs only a .exe file and directly runs the Remix OS Player. 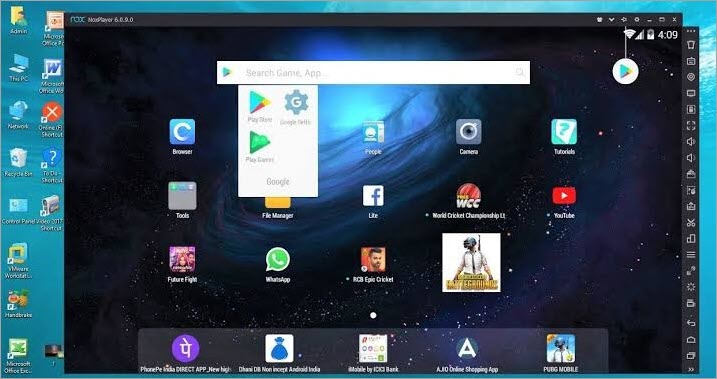 Nox Player is one of the famous Android emulators on PC. It is free and quite safe for use. It has compliance with GDPR and cares about the personal information of the user and protects it. It is fully optimized and is very stable for both gaming and applications. It also makes the use smoother.

It is believed that after the successful running of Nox Player, Company is planning to release its upgraded version with more premium features for the users. 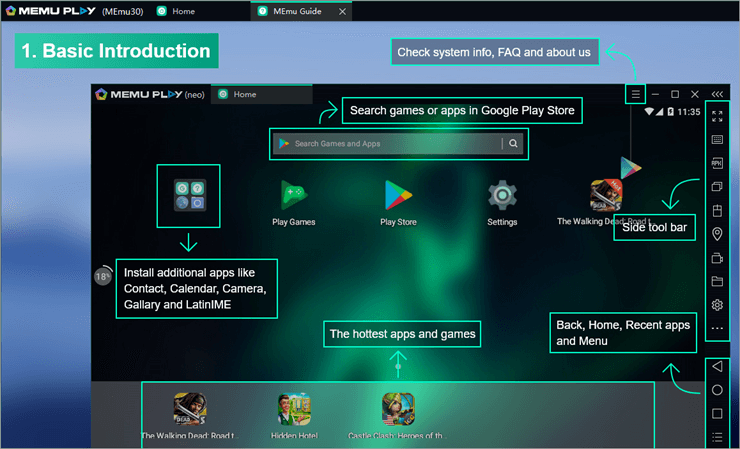 MEmu is one of the famous Android emulators. It is among the fastest open-source Android emulator for playing mobile games on desktop. It is known to provide great performance and an extreme user experience.

MEmu allows one to level multiple accounts for the same game or the user can play many games on one account simultaneously. It has more than 20 million users in over 200 countries and approximately 20 languages with continuous growth in progress.

Price: It is open source and chargeable for the premium edition.

It has the option of passing through sensor data like an accelerometer to Android, so high definition games like Pubg or car racing can be played intuitively. 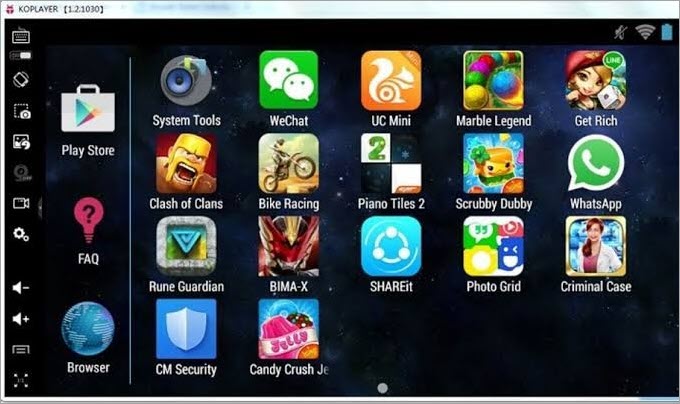 Ko Player is one among the best Android emulator which allows the user to experience quality Android playing experience on the desktop. This robust and powerful emulator mainly focuses on providing a smooth and lag-free gaming experience for users.

If you don’t have an Android device still it allows enjoying features of Android on desktop. Any app present in the Google play store can be run on this emulator. 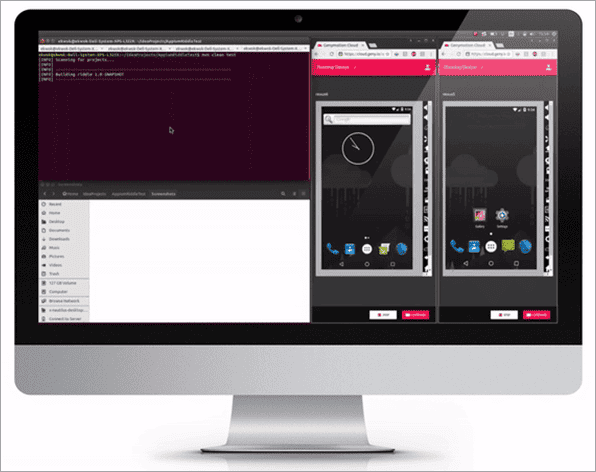 Genymotion is a powerful and very easy to use Android emulator. It is specifically designed for supporting the application developers to test the products in a secure virtual environment.

It provides a lot of custom features for users to meet their requirements. It is capable of emulating 3000 plus virtual Android device configurations like screen size or Android versions. It has strong sensors, like GPS, multi-touch, etc. 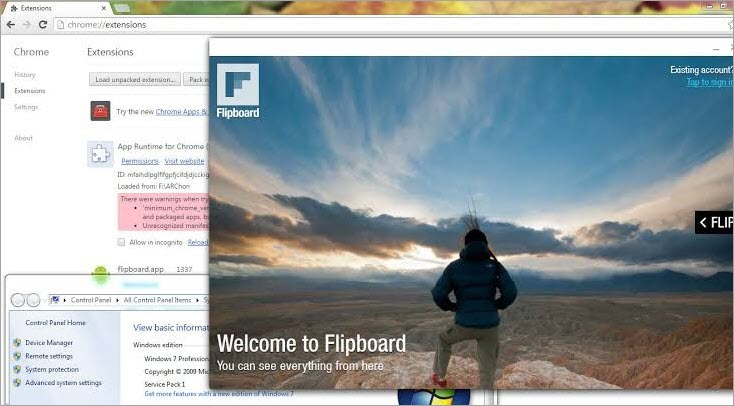 It handles Android gaming very well on desktop. It is robust and efficient in executing mobile applications. Users need a chrome extension to run this emulator on their system. 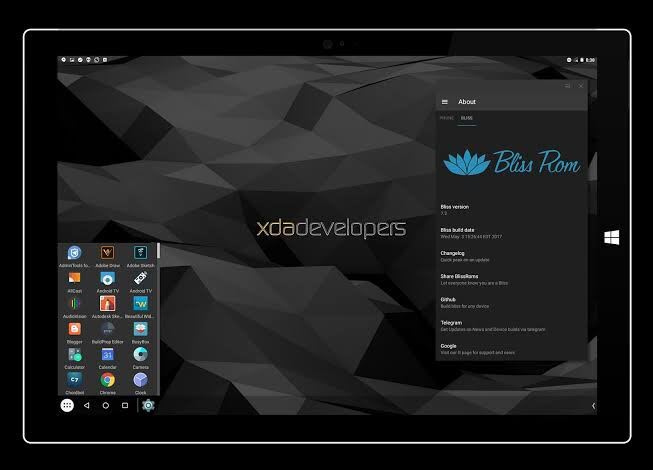 Bliss Emulator is an open-source and non-profit organization that works for maintaining open source projects. It is working mainly on the open-source OS which is based on Android which will have many customizations, security features, and options for users.

It also allows users to integrate Android applications on the desktop with a smooth experience. The most compatible Bliss variant as of now is Bliss ROM. 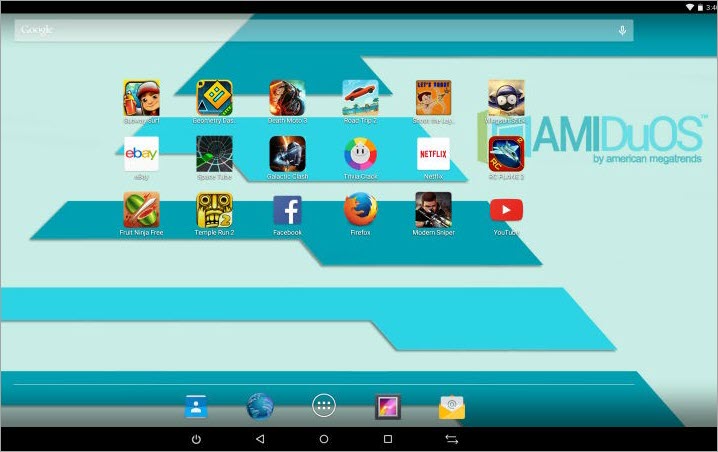 AMIDuOS is an American Android Emulator developed in the United States. It offers seamless integration between an Android device and a system.

It comes with the full-screen regime, so if the user runs any game or application in the particular regime, the user will not be able to identify any difference between using an Android mobile or system, it is so great in use. It allows the user to share any files between the mobile and the computer device smoothly. 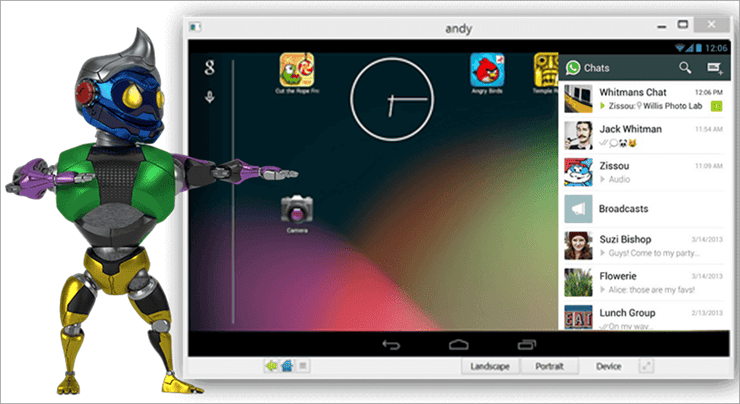 AndY is a famous Android emulator that breaks down the barrier between mobile and desktop computing by keeping the customer updated with the latest Android upgrades. It offers huge storage capacity to users and the freedom to play any games available on the Android platform with ease.

Users can also receive a snapshot phone picture and take a look at it on the desktop. Phone can be used as a joystick with this emulator. 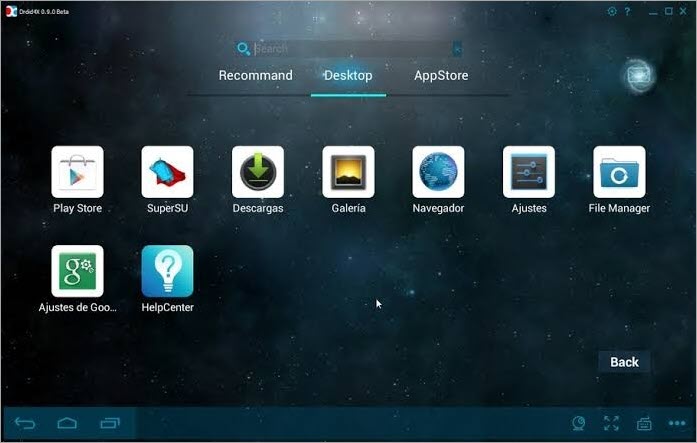 Droid4X is a powerful and famous Android emulator developed for Windows PC which lets the user run mobile applications and games directly on a desktop. It is known to be a robust and reliable emulator that can run smoothly on the desktop with minimum system requirements which make it unique from other Android emulators.

It supports most of the games available in the play store. It allows recording the emulator screen for further reference.

Droid4X is all in one Android emulator which provides great user experience free of cost. It has many useful features like recording free of cost. 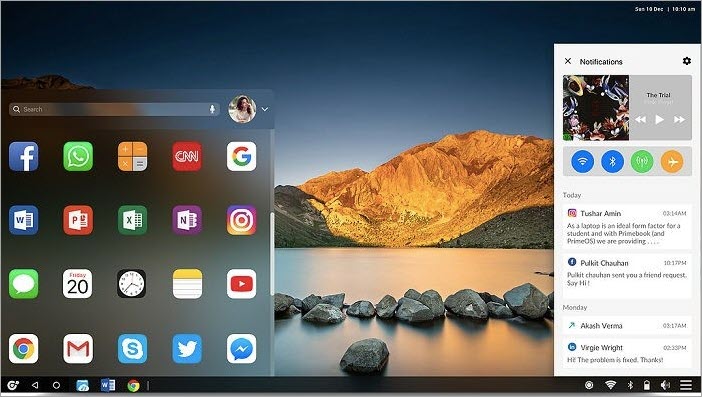 PrimeOS is one of the top Android emulators which is trending in the emulator market for its superb features. It provides a complete desktop experience the same as Mac OS or Windows with access to many applications.

With the help of this emulator, the user can change the system into one of the best mobile gaming platforms with additional conformity in usability. It is one of the highest performing emulators.

PrimeOS is best known for its thrilling gaming experience to the user with its smooth integration with Android and desktop. 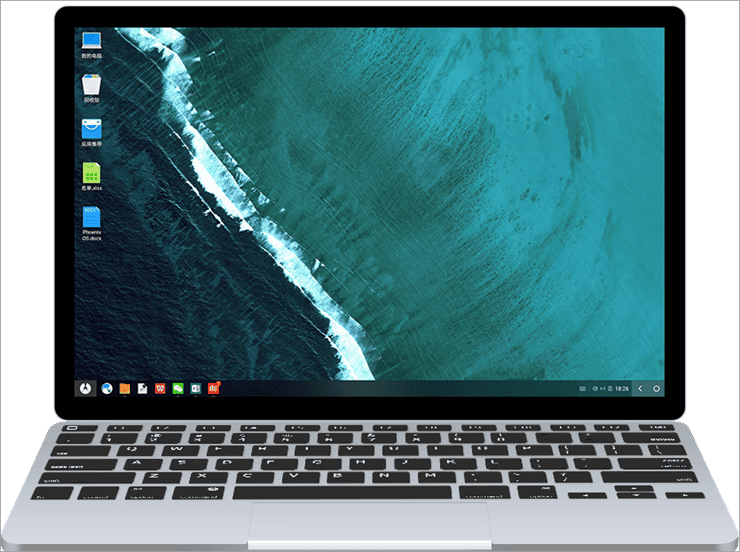 Phoenix OS Emulator is known for its simple user interface. It offers good integration between Android and desktop. It mainly works on the x86 operating system.

It can be directly installed on the memory for any operation without impacting any documents. It is capable of handling high definition games with high-speed performance. It has many handy features like multi-function support for gamers.

Phoenix OS comes with the latest Android version thus making it a gaming pro and the user has a superfast gaming experience.

In this article, discussed the top 14 Android Emulators. We learned what Emulators are, the working principle of Android emulators, why these are necessary and preferred in today’s world even when people have the option of Android and iOS mobile devices. We also listed the top features of all the emulators with respective pricing information.

There are certain links provided in the above article where we can see how we can install the different emulators on our desktop with step by step process.

Some basic benefits of using emulators are:

We also have provided the top 5 Android Emulators tools comparison, which will help you select which emulator is suitable for your needs.

Pro-Tips before using any Android Emulator: