Let’s start with Tutorial #1: ‘What is Unix’ in this series.

In this tutorial, you will be able to understand the basic concepts of operating systems, features of Unix, along with its Architecture. 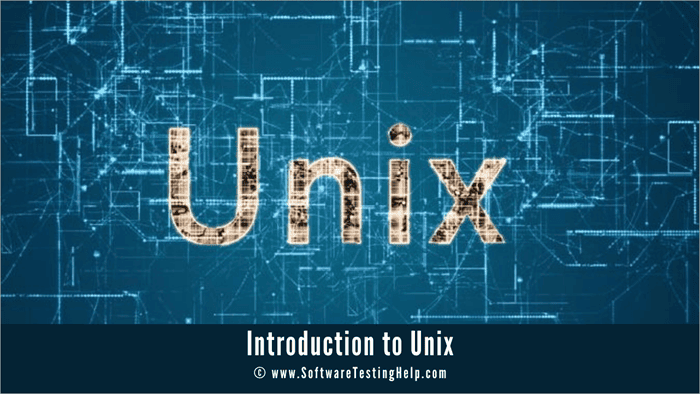 Initial proprietary derivatives included the HP-UX and the SunOS systems. However, growing incompatibility between these systems led to the creation of interoperability standards like POSIX. Modern POSIX systems include Linux, its variants, and Mac OS.

Unix is the most powerful and popular multi-user and multi-tasking Operating System. The basic concepts of Unix originated in the Multics project of 1969. The Multics system was intended as a time-sharing system that would allow multiple users to simultaneously access a mainframe computer.

Ken Thompson, Dennis Ritchie, and others developed the basic building blocks of Unix including a hierarchical file system, i.e, the concepts of processes and a command-line interpreter for the PDP-7. From there, multiple generations of Unix were developed for various machines.

Growing incompatibility between these systems led to the creation of interoperability standards like POSIX and Single Unix Specification.

Unix programs are designed around some core philosophies that include requirements like single purpose, interoperable, and working with a standardized text interface. Unix systems are built around a core kernel that manages the system and the other processes.

There are several prominent features of Unix, and a few among them are stated below: 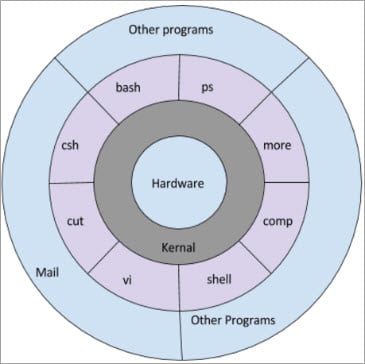 We will understand how user commands are executed in Unix. User commands are often entered on a command line interface that is provided by a ‘shell’. The shell is a program that reads the user commands, evaluates them, and then prints the result. For evaluating the command, the shell may execute other commands, or pass them to the ‘kernel’.

The kernel is the core of the operating system that directly interacts with the underlying hardware to provide a set of standard services.

Our upcoming tutorial will give you a detailed explanation of Unix Commands!!