Grep command in Unix/Linux is the short form of ‘global search for the regular expression’.

The grep command is a filter that is used to search for lines matching a specified pattern and print the matching lines to standard output. 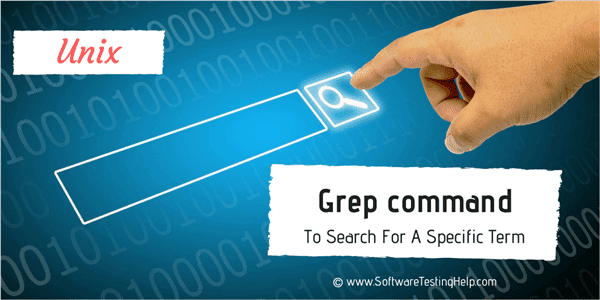 Grep Command in Unix with Examples

Example: “^Name” matches all lines that start with the string “Name”. The strings “\<” and “\>” are used to anchor the pattern to the start and end of a word respectively.

#2) Wildcard Character: ‘.’ Is used to match any character.

Example:“^.$” will match all lines with any single character.

#3) Escaped Characters: Any of the special characters can be matched as a regular character by escaping them with a ‘\’.

#5) Repetition Modifier: A ‘*’ after a character or group of characters is used to allow matching zero or more instances of the preceding pattern.

The grep command supports a number of options for additional controls on the matching:

I’m sure that this tutorial would have helped you to get a good understanding of what is grep command in Unix and how it is used in various conditions.