learn Cut Command in Unix with Simple and Practical Examples:

Unix provides a number of filter commands that can be used for processing flat file databases. These filter commands can be chained together to perform a series of operations with a single command. 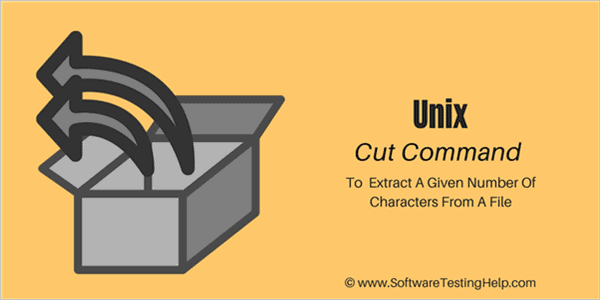 Cut Command in Unix with Examples

The cut command extracts a given number of characters or columns from a file. For cutting a certain number of columns it is important to specify the delimiter. A delimiter specifies how the columns are separated in a text file

Example: Number of spaces, tabs or other special characters.

The cut command supports a number of options for processing different record formats. For fixed width fields, the -c option is used.

This command will extract characters 5 to 10 from each line.

For delimiter separated fields, the -d option is used. The default delimiter is the tab character.

This command will extract the second and sixth field from each line, using the ‘,’ character as the delimiter.

Assume the contents of the data.txt file is:

And the following command is run on this file:

If the following command is run on the original file:

If the following command is run on the original file:

Two powerful commands for processing the databases are ‘cut’ and ‘paste’. The cut command in Unix is used to extract specified parts of each line in a file, and the paste command is used to insert the contents of one file into another line by line.