Detailed Study of Input-Output and Files in Python: Python Open, Read and Write to File

Our previous tutorial explained about Python Functions in simple terms.

This tutorial we will see how to perform input and output operations from keyboard and external sources in simple terms.

In this Python Training Series, so far we have covered almost all the important Python concepts. 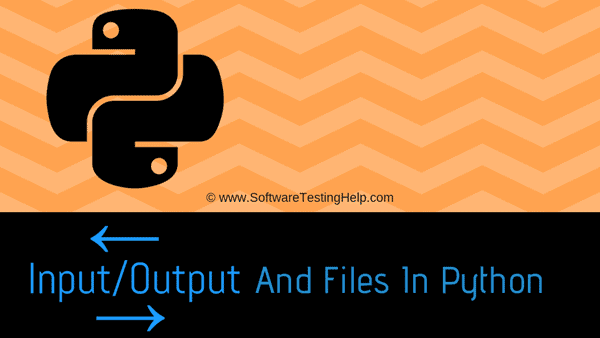 Video #1: Input-Output and Files in Python

Python provides some built-in functions to perform both input and output operations.

In order to print the output, python provides us with a built-in function called print().

Python provides us with two inbuilt functions to read the input from the keyboard.

raw_input(): This function reads only one line from the standard input and returns it as a String.

Note: This function is decommissioned in Python 3.

input(): The input() function first takes the input from the user and then evaluates the expression, which means python automatically identifies whether we entered a string or a number or list.

But in Python 3 the raw_input() function was removed and renamed to input().

A file is a named location on the disk which is used to store the data permanently.

Here are some of the operations which you can perform on files:

Python provides a built-in function called open() to open a file, and this function returns a file object called the handle and it is used to read or modify the file.

I have a file called test.txt in my disk and I want to open it. This can be achieved by:

We can even specify the mode while opening the file as if we want to read, write or append etc.

If you don’t specify any mode by default, then it will be in reading mode.

#2) Reading Data from the File

In order to read the file, first, we need to open the file in reading mode.

In order to write the data into a file, we need to open the file in write mode.

Now if we open the test.txt file, we can see the content as:
Hello Python
Hello World

When we close the file, it will free up the resources that were tied with the file.

In python, we can create a new file using the open method. 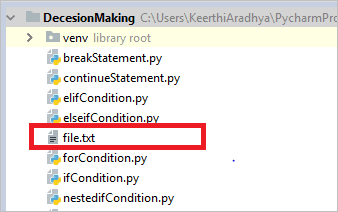 Similarly, we can delete a file using the remove function imported from the os. 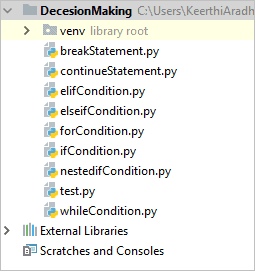 In order to avoid the occurrence of an error first, we need to check if the file already exists and then remove the file.

Using python input/output functions, we can get the input from the user during run-time or from external sources like text file etc. Hope you will be clear about Input-Output and Files in Python from this tutorial.

Our upcoming tutorial will explain about the various Types of Oops available in Python!!