This tutorial explores and compares the Best World of Warcraft (WoW) Private Servers to help you select the suitable WoW private server:

World of Warcraft is a 16-year-old video game that is still popular among the gaming community. It is a Massive Multiplayer Online Role-playing Game (MMORG) praised for its lore and gameplay. Players need to log into a World of Warcraft (WoW) server to play the game.

You can play the World of Warcraft game on the official Blizzard server or a private WoW server. Many people prefer private servers due to better gameplay and gaming experience. 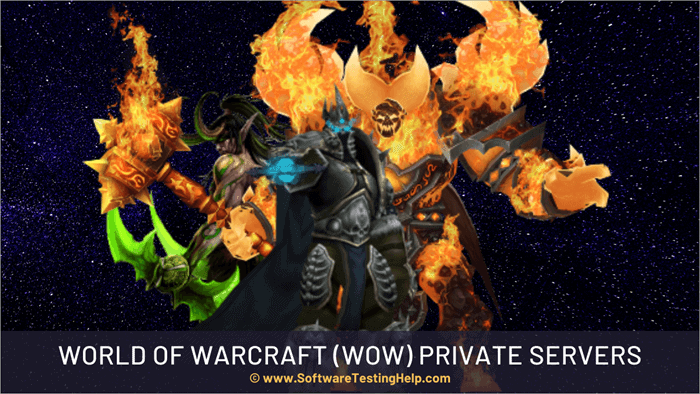 In this tutorial, we will review and compare the best private WoW servers. You will also read about commonly asked questions about the World of Warcraft private servers for playing the popular MMORG.

Fact Check: The official World of Warcraft subscription had reached a peak of 5.5 million in the year 2015. The number of subscribers is gradually decreasing due to the popularity of private free WoW servers. 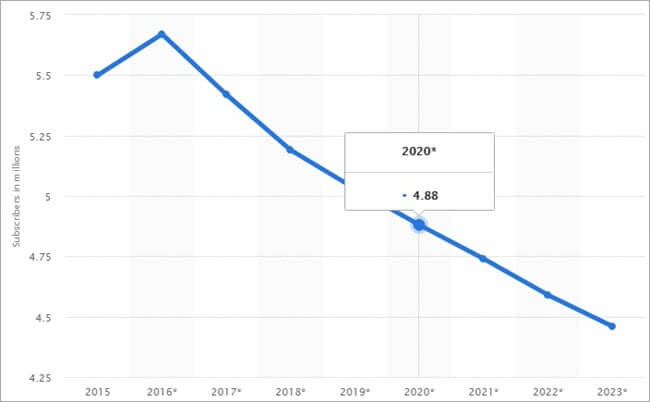 Pro-Tip: Look at the population of the realm when selecting a private WoW server. To get the best experience, pick a server with a medium-sized community. Playing during peak hours with a high population will have long wait queues.

FAQs About World of Warcraft Servers

Answer: A World of Warcraft server allows people to play the popular multiplayer game online. Private WoW servers contain a copy of the Blizzard server-side game that is deployed in a private setting.

Q #2) Is playing on a WoW private server legal?

Answer: Blizzard terms of agreement prohibit the download of the server-side game. But it does not restrict users from playing the game online. You can play the game on private WoW servers without facing any legal problems.

Q #3) Can I get banned from the Blizzard WoW server for playing on a private WoW server?

Answer: Blizzard can ban players from its servers for playing on private WoW servers. But it cannot find out unless you tell others about it on the server.

Q #4) What is the benefit of playing on a private WoW server?

Answer: Many gamers don’t like what Blizzard has done with the game. With the private World of Warcraft servers, gamers can enjoy the classic version of the game. These servers often have better gameplay with new abilities and classes.

Q #5) What are the different types of WoW servers?

Answer: Most of the private WoW servers are free. You won’t have to pay anything to play the MMOG online. You can play the game online by downloading the game client for free.

Here is the list of popular World of Warcraft servers:

Comparison Of The Best WoW Servers

Review of the WoW private servers:

WoW Circle is the most popular private WoW server. Players can enjoy different content including Cataclysm 4.3.4, WotLK 3.3.5, Mists of Pandaria 5.4.89, and Legion 7.3.5. The best thing about the server is that the gameplay is not that different from the official Blizzard WoW server. 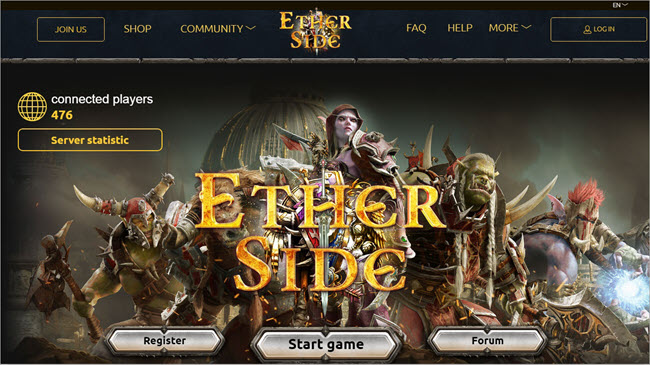 Ether Side is a relatively new entry in the WoW servers. It is the first server optimized for the Battle of Azeroth (BFA). Players can raise their character level quickly with high points for quests and kills. The WoW private server has war mode (PvP) always on. The server is stable as compared to other WoW servers due to fewer players. 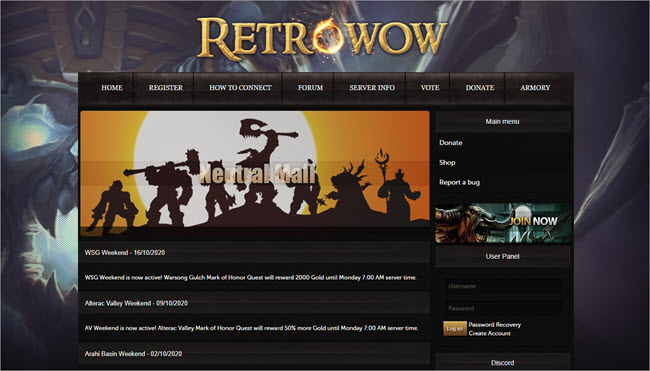 RetroWow Insta 60 is a custom Vanilla server for WoW. The server supports classic Warcraft games. You can instantly level up to 60 for some dollars. The server features cross-faction battlegrounds, scripted instances, and PvP tokens. There are also PvP, PvE, and raid quests where you can level up the player. 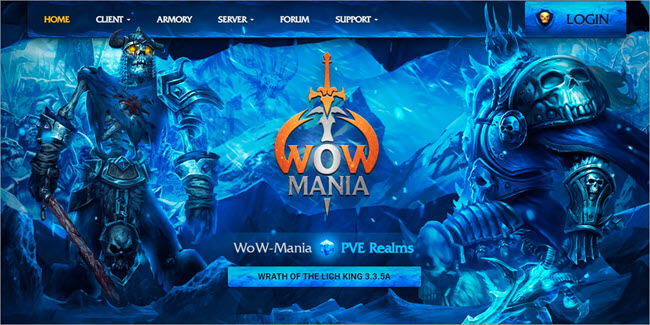 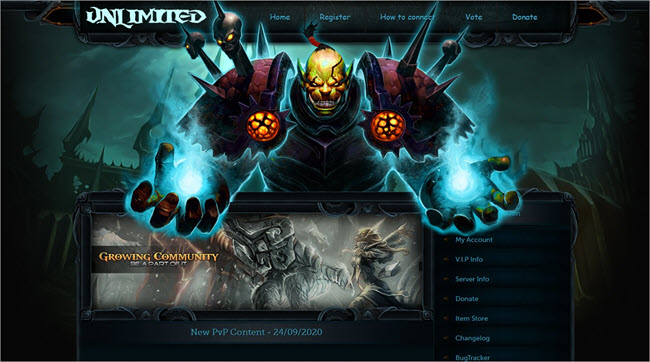 Unlimited WoW is a private WoW server that supports a stable connection without noticeable delays. The server continuously updates the game, introducing new features. You can create characters with instant 255-level that can spawn in different locations. The game also has various NPCs, weapons, professions, and gears. 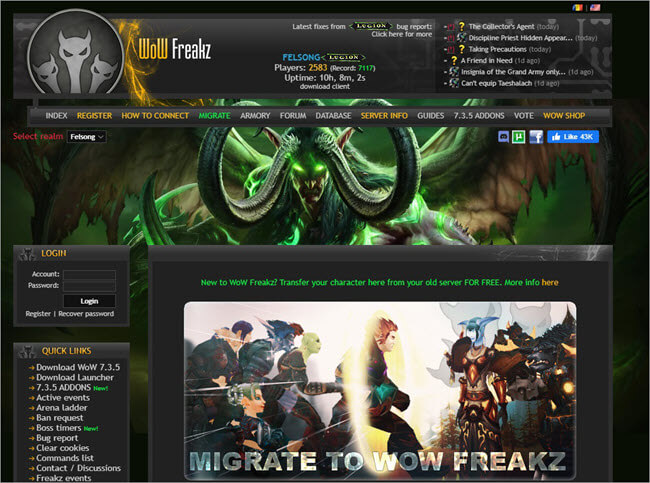 WoW Freakz is one of the oldest WoW servers that supports a large community. It offers a Buzzlike server experience making it the ideal alternative to the official WoW server. You can set the desired rate when setting up the account and also later in the game. 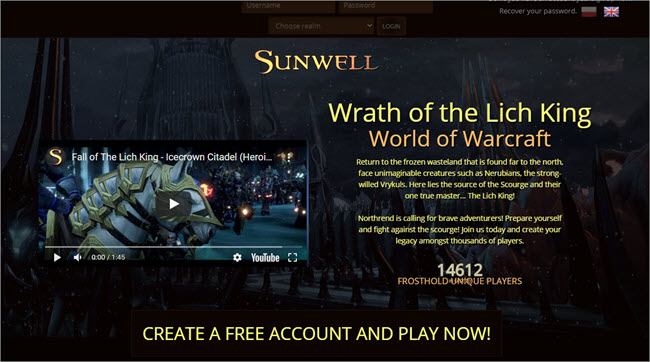 Sunwell server is a stable server with thousands of players. This server supports a maximum character level of 80. You can boost the rate by inviting subscribers to the paid VIP membership. Administrators moderate the balance between different factions that making the game playable and challenging. 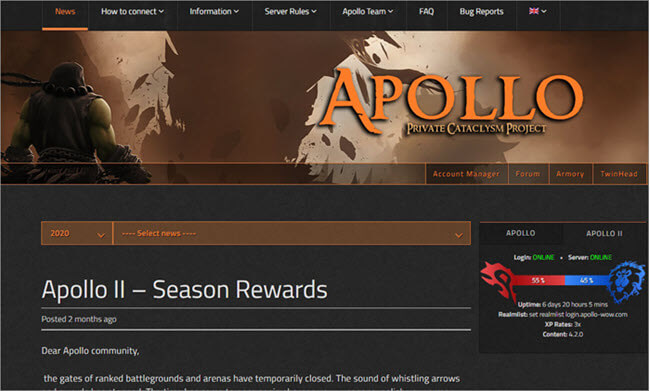 TwinStar-Apollo II is a European-based WoW server that supports international players. You can experience a Blizzlike server environment.

The client is small, so you can download and start playing right away. They offer the servers free with no VIP account.

Gamers can set x1 and x2 rates to experience the authentic WoW experience. You can also set x3 rate for accelerated character development. Apart from visual skins, there are no shop items that will please players who don’t like pay-to-win servers. 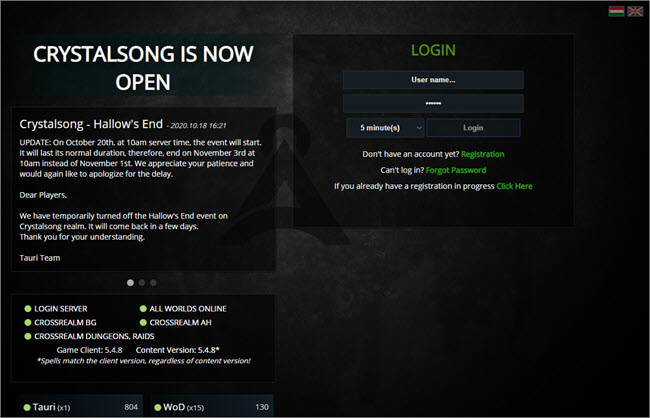 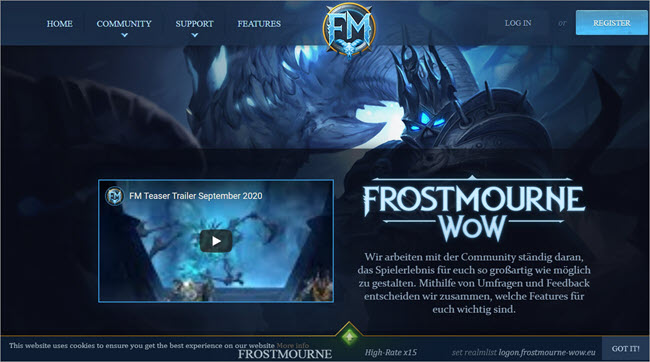 Frostmourne WoW is a Europe based server with many fun features. The server allows a high rate of x15 that enables you to breeze through the levels. You can also start at level 80. There are many custom quests and realms.

The server supports custom PvE quests allowing you to create your characters. It also supports 1v1 and 3v3 arenas that are fun to play. 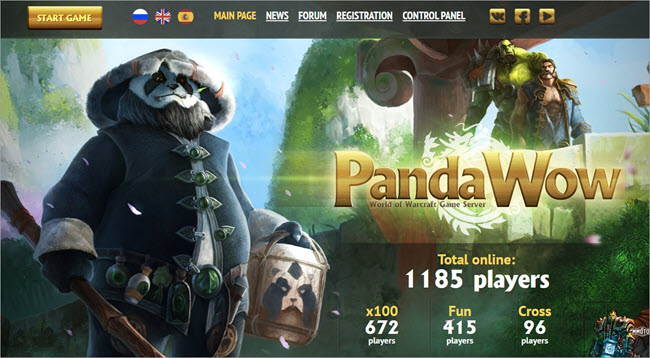 Panda WoW is a private server that hosts thousands of online players. The server is one of the best and stable private servers for MoP. While it doesn’t offer an authentic Blizzlike experience, the multiplayer gameplay is exciting.

You can select different realms and create a custom character or select an existing character. You can also choose quests and areas that are detailed and fun to play.

WoW private servers provide a similar experience to the official Blizzard server. Some of these servers are more fun and exciting than the official server.

If you want to play the MoP expansion pack, the best servers are Panda WoW, WoW Circle, and Tauri. The best private WoW servers for WotLK include WoW Circle, Ether Side, RetroWoW Insta 60, and WoW-Mania.

For the best Blizzlike server experience, you can select WoW Mania, WoW Freakz, and Tauri servers. The private WoW servers offer the same gameplay as Blizzard servers, but many consider them to be more fun and exciting than the original server.