Learn about the differences and similarities between the two disciplines of Data Science vs Computer Science through this tutorial:

In this tutorial, Data science and Computer science disciplines are explained in brief. Learn about the different career options available for these disciplines to guide you in choosing the career option as per your interest.

We will compare these two disciplines and explain their differences and similarities to understand them in detail. 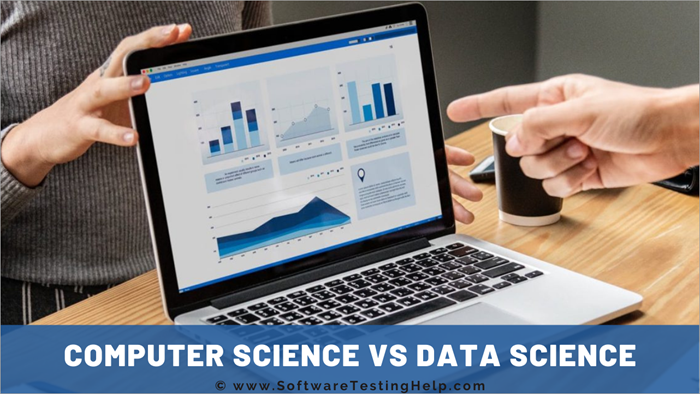 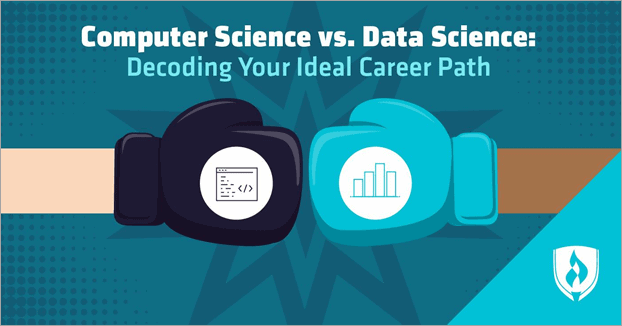 Data science uses computer science principles and differs from the notions of analysis and monitoring in bringing outcomes related to prediction and simulation. 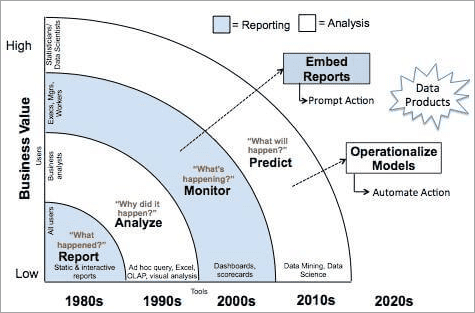 Data Science makes use of machine learning and other techniques, which connect the computational issues in data science with the algorithmic matters in computer science. In other words, we can say that Computer science is used in data science to understand digital patterns in structured and unstructured data and to simplify many complex analytical tasks.

Computer science’s algorithmic approach focuses on the mathematical foundations of numerical computation and gives its practitioners the tools to create efficient algorithms and optimize their results.

Finding the right job is an essential thing in the life of most individuals. However, it is quite an effort to skim through all the dissolving definitions and confusing career titles in data science. 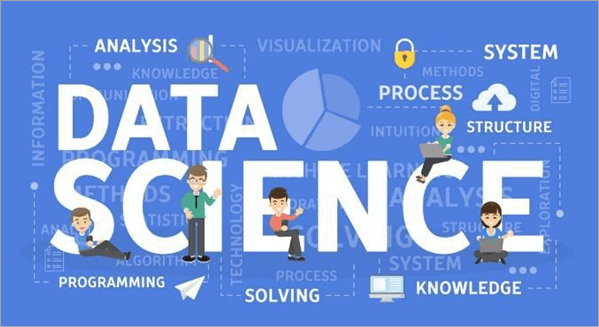 Here is the list of some of the most common job titles existing in this field.

It is an entry-level job in data science. As a data analyst, one is given questions by the business. The data analyst has to answer those based on his skills in data mining, data visualization, probability, statistics, and the ability to present complex information in an easy-to-understand way using dashboards, graphs, charts, etc.

Data scientists generally work independently to find out patterns on information that management might not have found and could do for the company’s benefit.

Data engineers are responsible for creating and maintaining the data analytics infrastructure and pipeline of a company by using their skills in advanced SQL, system administration, programming, and scripting skills to automate various tasks.

>> Click here to learn more about a data analyst, data scientist, and a data engineer.

On completing a computer science degree, some of the most common jobs that one might find are given below: 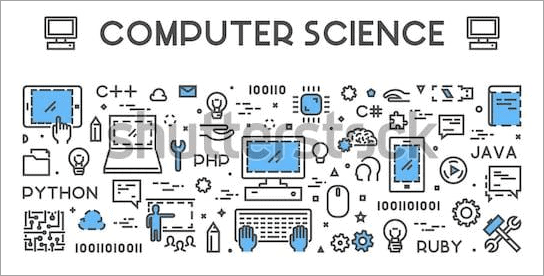 Software developers are creative individuals who are responsible for designing, developing, and installing software systems. They have software development skills, version maintenance, and need to have an eye to catch small errors in a large codebase. Quality of problem-solving and resolving issues in broken code is immensely appreciated in the career of developers.

Along with the technical skills required for software development, a person also needs to communicate their findings to management and collaborate with other developers and testers.

Computer hardware engineers deal with processes of designing, testing, and producing computers and their components related to various subsystems and electronic hardware such as monitors, keyboards, motherboards, mice, USB devices, firmware OS (BIOS), and other such components as sensors and actuators.

Web developer has the same skill sets as that of a software developer. However, they code for applications that run in the browser. It means that a web developer needs to know HTML, CSS, and JavaScript to develop front end parts of the web application.

Moreover, to develop parts of the backend that take care of interaction with the databases and the application’s business logic, one needs to know programming languages such as Perl, Python, PHP, Ruby, Java, etc. However, recently with the advent of new homogenous stacks such as NodeJS, it has become possible to write backend functionalities in JavaScript.

A database administrator is responsible for the running and maintenance of one or more database systems. Administrators usually have specialization in storing and processing data in databases with the help of queries, triggers, and stored procedures and packages. They need to ensure the security and availability of data to the users and other stakeholders.

These are enlisted below:

Q #2) Do you need computer science for Data Science?

Answer: Computer science may be necessary for data science. To be a data scientist, one might have to learn computer science. However, it is more of a subjective matter. According to Professor Haider, anyone who can articulate a story with appropriate visualization tools by drawing insights from structure or unstructured data can become a data scientist.

Q #3) Which is better Computer Science or Data Science?

In this Data Science vs Computer Science article, while comparing both the sciences, we have listed down application areas and standard career options, explaining the details of engineers’ activities in each area.