Best Screen Capture Software Tools that would enable you to make your workday much more productive:

A few years ago, screenshots were not that much popular. It was only used to share the error message on the screen.

But, nowadays screenshots are routinely and widely used in our day-to-day life. E.g Taking a snapshot of a funny message or post on social media. Students also take a snapshot of an article for educational purposes.

Snapshot or Screenshot is necessary to prove that you are seeing something weird on the screen. Mockup screen designs are also shared with the clients as a screenshot.

A print screen button is available in all the systems to capture the image or screen but it has certain limitations in it. It is a tedious job to add text, arrows, and highlighters on the captured image using the print-screen option. 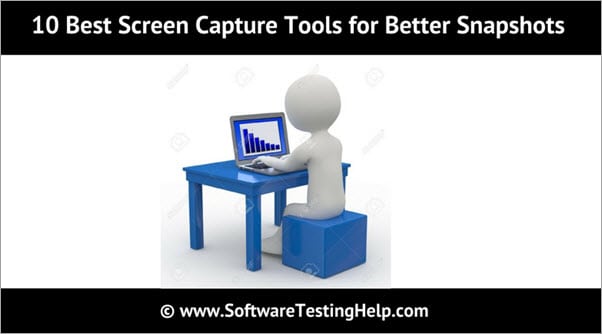 Currently, there are several screen capture tools that are available in the market, which in turn will help you to take a screenshot of the entire desktop or screen. These tools may vary in features such as screenshot size, quality, supported operating system, file format types, etc.

This article will give a complete overview of the most popular screen capture tools available in the market along with their key features and download link for your easy understanding.

Given below is a list of the most popular screenshot tools. 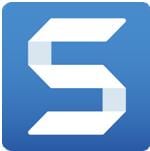 Snagit is a product of TechSmith Software Company. A user can add comments on the captured screenshot using arrows, shapes, etc. It has built-in advanced image edition options and screen recording facility.

FonePaw Screen Recorder is a tool for capturing gameplay and recording live streams & online classes. It will help you with a business presentation. There are no limitations on the time length to record and save that recording.

It supports multiple output formats. It has functionality for adding text and marks during recording. It supports Windows and Mac platforms.

PassFab Screen Recorder is a professional, easy-to-use software that lets users record screens, games, webcam, along with sound with just one click. It helps users with a wide range of cases such as capturing online videos, seminars, music, YouTube videos, webinars, and virtually anything running on their desktop.

It has added functionality of drawing and marks during recording that makes it an ideal choice for businesses who need to record long presentations in high quality. When it comes to the best screencasting software, no tool is as effective as PassFab for Screen Recorder.

VideoProc is a one-stop video editing software. It has a powerful screen recorder component. The tool will be useful to gamers, sport-lovers, educators, and live enthusiasts.

It will help you to record gameplay, presentations, webinars, Skype call, and streaming video. It is also useful to create vlogging, screencasts, podcasts, software reviews, and video instructions. The tool will make it easier to interact with your audience and teammates.

Camtasia is an all-in-one screen recorder and video editor. It supports Windows and Mac OS.

Recording and creating professional-looking videos will be easier with Camtasia. Camtasia will help you with various use cases like video tutorials, meeting recordings, webinar recordings, training videos, instructional videos, etc.

It will allow to record and edit your audio clips so that you will have perfect audio for your video.

Verdict: Camtasia will help you to improve the flow of the video through transitions and slides. It can be a perfect solution for businesses, educators, and entrepreneurs.

CyberLink Screen Recorder 4 is a desktop capture and video streaming platform for Windows platforms. It can be used for game streaming, screen recording, and video editing.

It contains the features of PowerDirector and makes it easy to edit the videos. It is an all-in-one solution for gamers, streamers, YouTubers, vloggers, work & business to record, stream, vlog, and share screens. 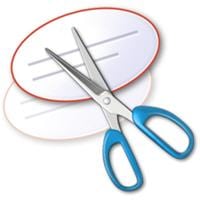 Snipping tool is a program which is part of Windows Vista and above versions. Snipping Tool allows you to take a screenshot of your screen. It can be delayed for a few seconds while capturing the screen in case of hover. It allows the user to capture the whole screen or user-specified area in a rectangular form.

Snipping tool allows the user to add notes to the screenshot. 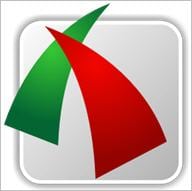 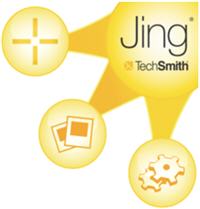 Jing is a screen capture tool provided by a software company named TechSmith. The captured images are directly shared on screencast.com and they provide the URL to copy/paste the images as per the user’s choice. It also allows the user to capture video of your screen.

Due to the ease of use and free software, it is a favorite tool in the market. 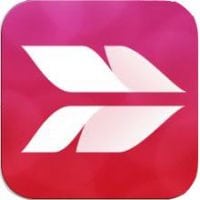 Skitch is a screen capture tool developed by EverNote for Mac and Windows. It is a quick image capture and annotation tool. This freehand tool helps to mark areas while Pixelate tool blurs any user-specified area such as special number, cost, license number, etc.

Greenshot captures a snapshot very quickly and easily. It captures the images of a full-screen window by scrolling a web page, or any user-selected area on the screen. The captured screen can be easily annotated, highlighted. The captured image can be saved in various formats for editing at a later stage.

TinyTake is a screen capture program developed by MangoApps. Any screen is captured quickly as per user-specified area or region. These images can be highlighted using a colored pen and images can be edited using arrow, textbox or picture caption.

Screenpresso is a screen capture tool which is helpful for training document, evidence etc. It is a standard and simple screen capture tool. It captures the image in various modes such as full screen, user-defined area, scrolling window capture, etc.

Screenpresso allows the user to save captured images in various formats and also save all recent capture history. 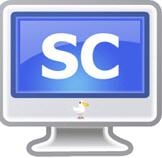 Screenshot Captor is a simple screenshot program. It captures images in full-screen mode, selected area, scrolling window, fixed-size window etc. The captured images can be zoom up-to 999% and every single pixel is visible to the user. It is simple to use and requires minimal resources.

iSpring Cam Pro is a robust, yet easy-to-use screen recorder. It presents itself as a tool for creating eLearning content: video courses, how-to videos, and software tutorials, but you can also record gameplays, web meetings, vlogs, and any other kind of video.

iSpring Cam Pro also provides a basic video editor that allows you to polish your recordings and make them more engaging by adding text blocks and visuals.

SnapDraw is a screen capture tool with effective editing tools. It applies excellent effects such as background, borders, fading reflections on the captured images. It does not require separate image editor as it crops, edit images captured directly from the user’s screen.

SnapDraw also captures images from the webcam. SnapDraw automatically uploads images to the FTP servers and emails. It is useful for users who require high-quality images, special effects, and 3D rotation.

Gadwin PrintScreen is a simple and convenient screen capture tool. Once it is installed and assigned with hotkey on the keyboard, the user can capture screen with various modes like full screen, specifically selected area etc.

Game screenshots can be easily captured using the Steam screenshot capture tool. While playing games a user can capture a screenshot of the game. It automatically saves the screenshot of each game in a separate folder on the local drive.

Steam supports Windows, Mac, and Linux game platforms. The captured images of the game can be uploaded while the user is playing the game.

PicPick is a free and user-friendly screen capturing and editing tool. It has editing features such as a color picker, protractor, brightness, color contrasts and pixel ruler. It has a built-in editor which allows adding comments, text boxes, different shapes, arrows, etc.

It does not require installation, hence the user can store on a flash drive.

SnapCrab is a free screen capture tool available for the Windows platform. It captures images as per the user-defined area, full screen and saves the images in JPEG, PNG and GIF format. It has various customization options such as defining your own hotkey, modifying how to take a snapshot of the screen, etc.

It has a self-timer feature so that user can set the time and SnapCrab automatically captures an image on the screen.

Through this article, we came to know about the most popular screen capture tools available in the market along with their key features.

But the list is not exhaustive and it’s not possible to provide the complete detail of each tool in one article. However, I have tried to include some of the basic as well as advanced tools in this article for your reference.