This is the first tutorial in our Appium Studio hands-on training series.

Appium Studio allows you and your organization to release higher-quality mobile apps even faster, and it does so while cutting the cost and effort required to develop Appium-based mobile test automation suites.

With better Appium testing in mind, Experitest has created a new and improved version of the open-source software, called Appium Studio. 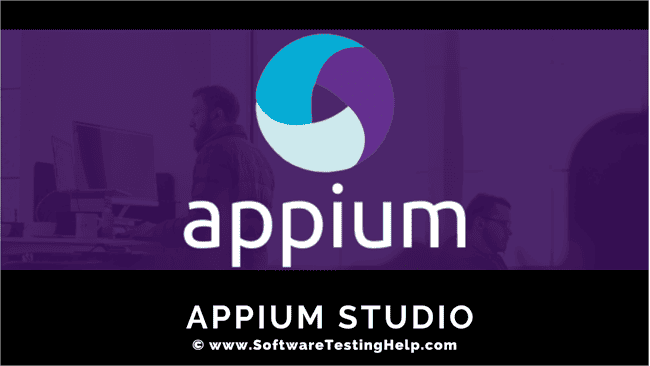 Here is a Video tutorial:

There are three key components to the Appium Studio automated test environment:

These three features together improve Appium greatly and address some of its drawbacks. Time to testing is reduced, and so is cost and effort, thanks to iOS testing on Windows. Coverage is also improved for out-of-app tests.

Tests and their execution are made more stable, and the reportage is clear and precise. OS version support is guaranteed, and Appium Studio has built-in support for large-scale parallel execution.

Various prime benefits of Appium Studio are listed below:

Instructions for installing Appium Studio can be found on Experitest’s Online Guide.

Given below is a screenshot of it: 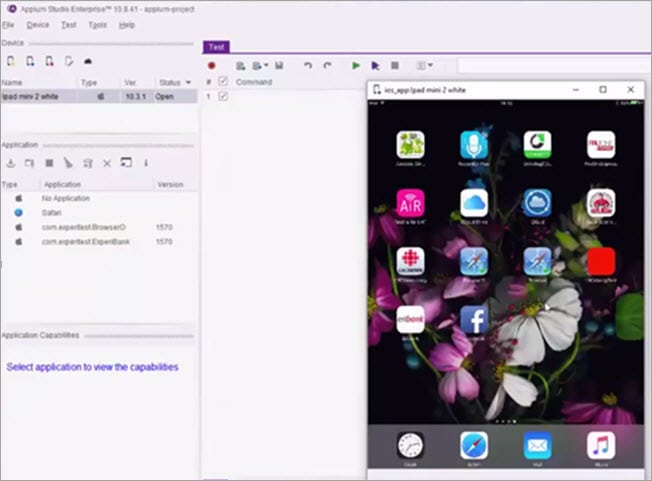 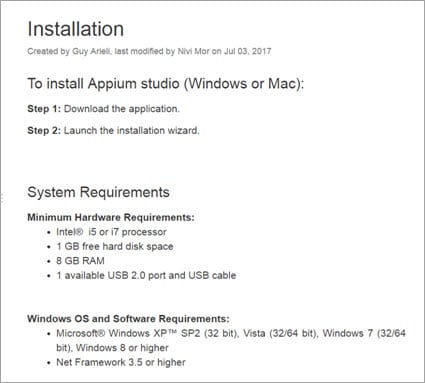 Appium Studio comes stock with all required dependencies and tools. Whether this is your first install or not, there will be no further components necessary after the initial download. There is no hassle related to constant maintenance of version compatibility or third-party updates.

The set-up and installation of Appium Studio is made simpler through the possibility of iOS test execution on Windows machines and vice-versa.

Not only is there an online guide, but a community forum for the Appium Studio community which also serves as a useful tool. There, the Experitest team and a growing community of users will be able to answers queries with an increasing speed.

With Appium Studio, you can perform tests on locally USB-connected devices or on a selection of remote mobile devices in Experitest’s cloud, called the SeeTest Digital Assurance Lab. 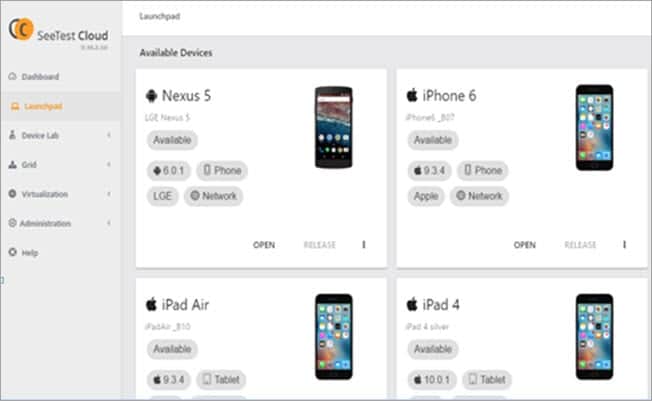 Both Windows and iOS machines can be used to test both iOS and Android devices – this is a direct improvement over Appium alone, along with support for simulators and emulators.

To connect local devices, you can use Appium Studio’s step-by-step connection wizard. 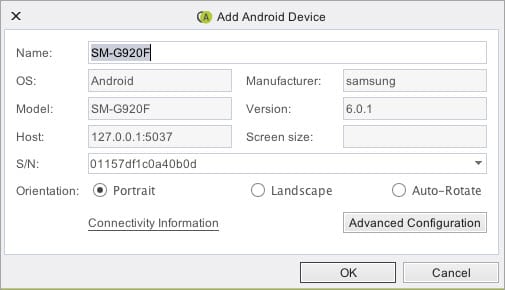 Apple credentials can be quickly provisioned using a simple Appium Studio wizard, which gathers the information once and then provisions it any time it is needed. 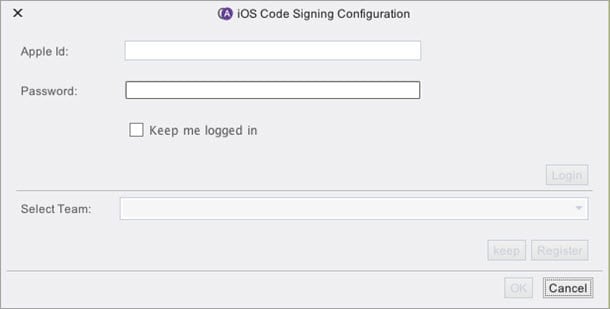 The wizard will prompt you to enter your Apple Developer account username and password, and once you have, you will be able to register an account to this “Provisioning Profile” once it’s opened. 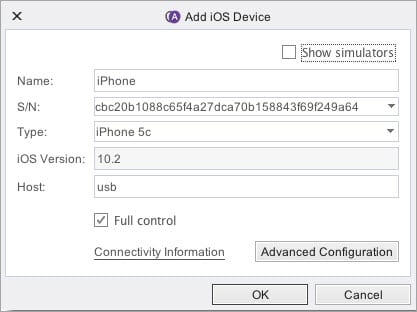 1.4. Installing and Opening Applications is quick and easy

Application installs can be made locally or they can be made at the SeeTest Digital Lab remotely after upload.

Either option is easy and can be performed with the application manager. All manual actions can be implemented into an automation script using utility commands.

The required capabilities of an application are automatically identified by Appium Studio and are sent to the capabilities area.Whichever test scenario you wish to automate, you may select or deselect the appropriate capabilities from this area to simulate it.

There are numerous applications and tests built into Appium Studio so that you can get started easily. 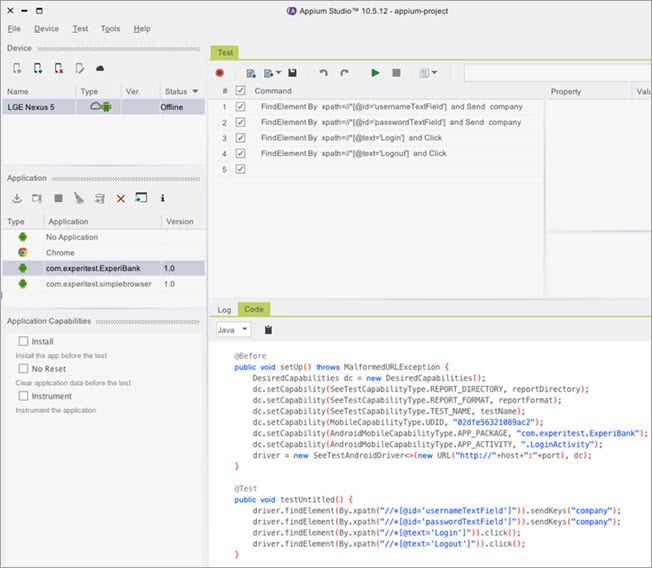 Device reflection and a set of other easy-to-use visual tools make test scripting a breeze in Appium Studio.The Object Spy visual tool or recorder can be used for test creation.

Either method can be used for all apps, whether they are native, web, or third-party.

Within the visual interface of Appium Studio, the primary tools are the Device Manager, Application Manager, Command Area, Device Reflection, and Object Spy.

When you select a device locally or remotely, a fully controllable device reflection is opened. You can control the device orientation, perform operations, click on the screen, access systems and third-party applications, click soft buttons, and use swipes or gestures. Important testing and development tools are also accessible through the device reflection, including the Object Spy, a device vitals monitor, the device log, and much more. 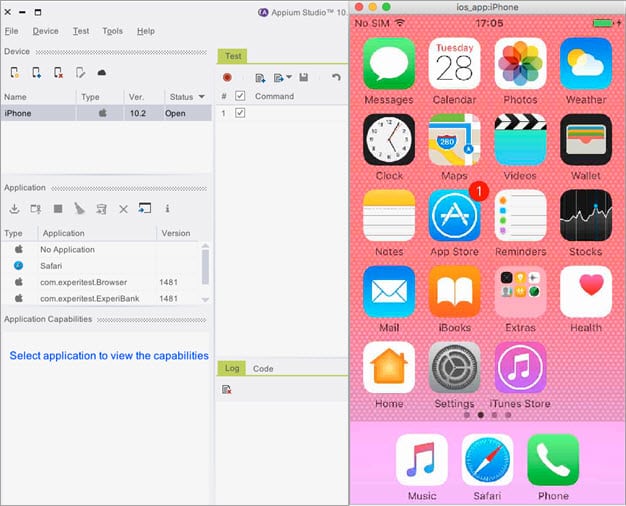 This is a very powerful tool for both validation and development of tests. Tests can be viewed in the device reflection live as they are run in Appium Studio.

Using the device reflection to perform your use case is as simple as clicking the record button in the Appium Studio command area and going from there.

After that, all relevant commands will be populated within the command area. The tests can then be run for any purpose, such as verification or management. Test steps can be selected and deselected as the developers see fit.

Both the test log file and the code will be available for convenient viewing at the bottom of the screen. 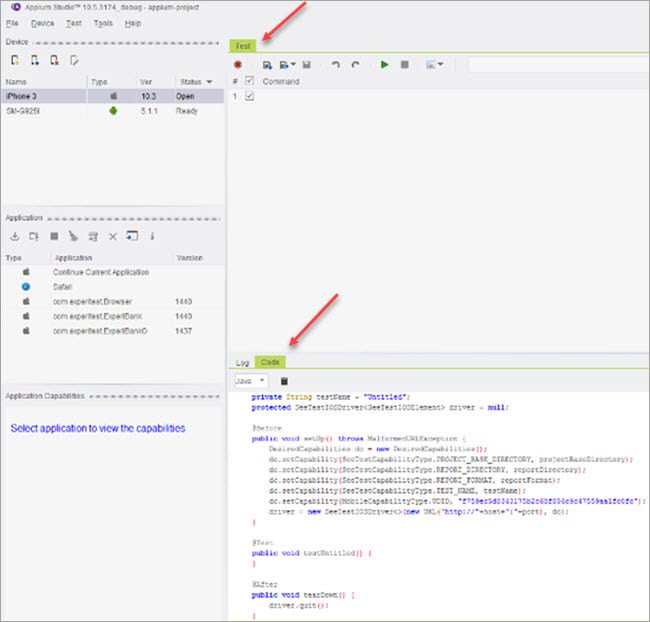 This tool can identify and/or highlight elements on any page and populate them with unique identifiers. This can be done for both native and web apps.

The copy-paste features allow you to move unique identifiers from anywhere into the command area, contributing to more robust tests overall.

Elements in the Object Spy are color-coded according to whether they are instrumented, in red, non-instrumented, in yellow, or a plain element/web element, in blue. Selected elements are green, regardless of their type.

Testing outside the application

In Appium, you are unable to create any tests outside of the application context. Appium Studio rights that wrong, even for iOS apps.Systems apps and third-party apps are just as testable as native apps are, making integration a snap. 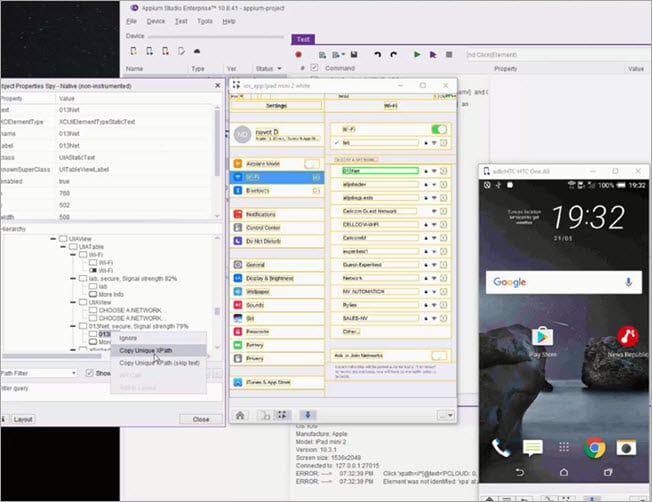 Whenever you execute a test, a report is generated which contains detailed results, screenshots of the test, and videos.

The menu allows you to easily access these reports.

Another thing missing from Appium is extended coverage. Appium Studio allows this expansion of coverage area through device behavior monitoring, including monitoring of battery usage, CPU consumption, and Experitest-specific tools, like Network Visualization. 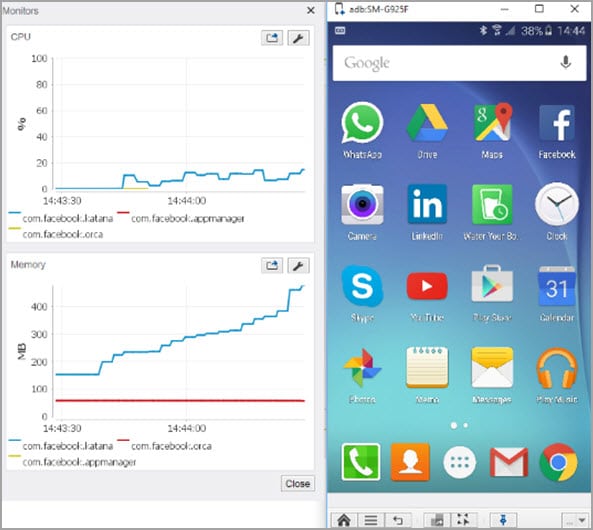 Both local and remote devices can be used to execute tests from Appium Studio. This can be done using specific commands and with or without test capabilities.

Using the device reflection, you will be able to watch the test as it is executed.

In the mobile testing space, the variety of devices and frameworks within which an app will be run can quickly multiply the number of tests that require execution. With Appium Studio, this problem is tackled using parallel execution.

Our software comes with grid capabilities through the SeeTest Digital Assurance Lab straight out of the box. 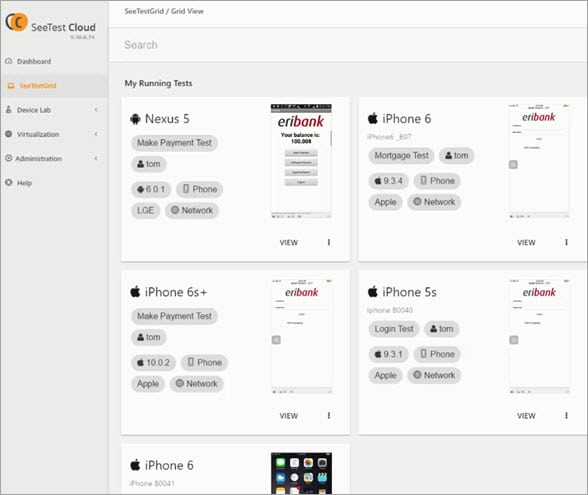 3.2. Running your test scripts in an IDE

IDEs like Eclipse and IntelliJ can be used to run Appium Studio scripts when test cases are exported as code script.

This gives testers more control over the scenario and more flexibility in choosing their unit testing framework (JUnit, TestNG, NUnit for .NET). It also gives them the ability to run their tests on multiple devices simultaneously and fork scenarios.

Create a test case by adding the steps one by one. Then use Appium Studio’s export feature by clicking the “code” tab below the list of test steps. Your test case will be there as a test script with all of the steps and capabilities integrated into the code. 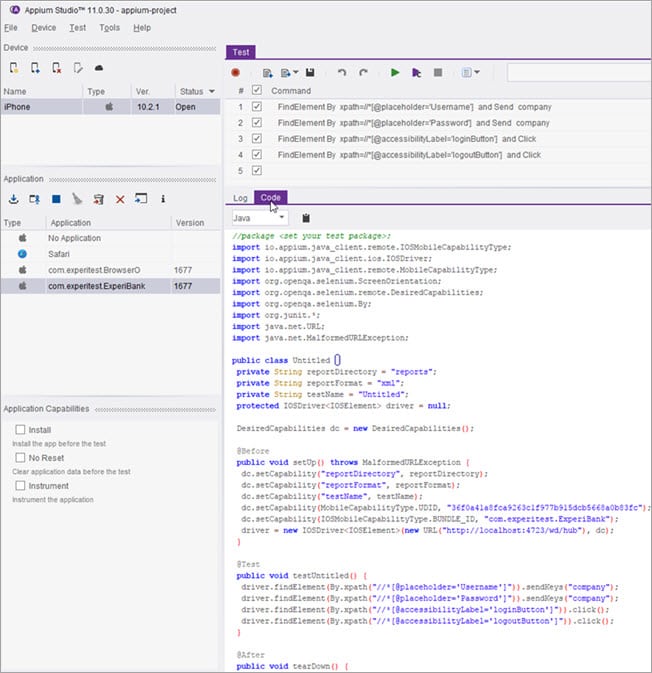 Numerous programming languages, including Java, C#, and Python, can be used for this code export feature. Pick whichever one you prefer! 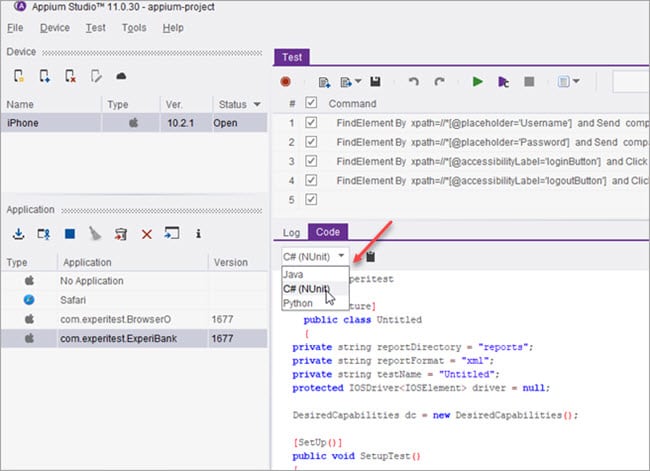 We will see more about Installation and Set up of Appium in our upcoming tutorial.