One of the most prominent questions that almost all the Software Testers out there have in their mind is “Why does software have bugs?” and “How will these bugs occur?”. This tutorial aims at answering these questions in simple terms.

In this tutorial, we will explore the top 20 reasons on “why Bugs occur in the Software”.

What is a Software Bug?

A Software Bug is a failure or flaw in a program that produces undesired or incorrect results. It’s an error that prevents the application from functioning as it should. 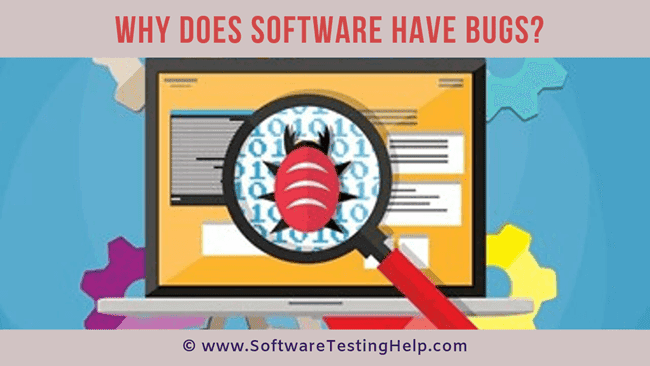 Why Does Software Have Bugs?

There are many reasons for the occurrence of Software Bugs. The most common reason is human mistakes in software design and coding.

Once you get to know the causes for Software Defects, then it will be easier for you to take corrective actions to minimize these defects. 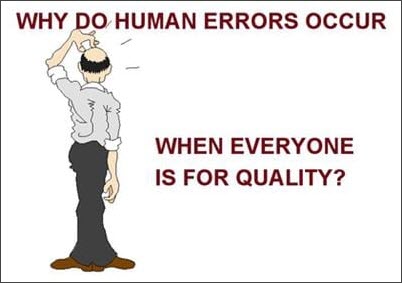 The success of any software application depends on the communication between stakeholders, development, and testing teams. Unclear requirements and misinterpretation of requirements are the two major factors that cause defects in software.

The complexity of the current software applications can be difficult for anyone with no experience in modern-day software development.

Windows-type interfaces, Client-Server, and Distributed Applications, Data Communications, enormous relational databases, and sheer size of applications have all contributed to the exponential growth in software/system complexity.

Using object-oriented techniques can complicate, instead of simplifying, a project unless it is well-engineered.

Programmers, like anyone else, can make common programming mistakes. Not all developers are domain experts. Inexperienced programmers or programmers without proper domain knowledge can introduce simple mistakes while coding.

Lack of simple coding practices, unit testing, debugging are some of the common reasons for these issues to get introduced at the development stage.

The customer may not understand the effects of changes or may understand and anyway request them to redesign, rescheduling of engineers, effects on the other projects, and the work already completed may have to be redone or thrown out, hardware requirements that may be affected, etc.

If there are any minor changes or major changes, known and unknown dependencies, then the parts of the project are likely to interact and cause problems, and the complexity of keeping a track of changes may result in errors. The enthusiasm of engineering staff may be affected.

In some fast-changing business environments, continuously changed requirements may be a fact of life.

In these cases, the management must understand the resulting risks, and QA & test engineers must adapt and plan for continuous extensive testing to keep the inevitable bugs from running out of control.

Scheduling software projects is difficult, often requiring a lot of guesswork. When deadlines loom and the crunch comes, mistakes will be made still.

Unrealistic schedules, though not common, the major concern in small-scale projects/companies results in software bugs. If there is not enough time for proper design, coding, and testing, then it’s quite obvious for defects to be introduced.

It’s tough to maintain and modify the code that is badly written or poorly documented; the result is Software Bugs. In many organizations, management provides no incentive for programmers to document their code or write clear, understandable code.

In fact, it’s usually the opposite: they get points mostly for quickly turning out code, and there’s job security if nobody else can understand it (‘if it was hard to write, it should be hard to read’).

Continuously changing software tools are used by software programmers. Keeping pace with the different versions and their compatibility is a major ongoing issue.

Writing automation scripts takes a lot of time, especially for complex scenarios. If automation team’s record/write any test script but forget to update it over a period, then that test could become obsolete.

If the automation test is not validating the results properly, then it won’t be able to catch the defects.

Having skilled testers with domain knowledge is extremely important for the success of any project. But appointing all experienced testers is not possible for all companies.

Domain knowledge and the tester’s ability to find defects can produce high-quality software. Compromise on any of this can result in buggy software.

#11) Not having a proper test setup (test environment) for testing all requirements.

#12) Writing code or test cases without understanding the requirements clearly.

#13) The incorrect design leads to issues being carried out in all phases of the Software Development Cycle.

#15) Not providing training to resources for the skills required for developing or testing the application properly.

#16) Giving very little or no time for Regression Testing.

#17) Not Automating Repetitive Test Cases and depending on the testers for manual verification every time.

#19) Not tracking the development and test execution progress continuously. Last-minute changes are likely to introduce errors.

#20) Any wrong assumption made during coding and testing stages.

There are several reasons for the occurrence of software bugs. A list of the top 20 reasons was mentioned in this tutorial with a simple explanation.

Do you think we have missed any reason on the above list? Please share your thoughts in the comments section below.

70 thoughts on “Why Does Software Have Bugs?”