There are always huge responsibilities imposed on the tester to uncover any kind of bug that software has got. Irrespective of the functionality and user interface, testers can raise bugs wherever there is a non-conformance.

This article helps in understanding the importance of the Functional and the Cosmetic bugs. Additionally, the factors to be considered in prioritizing them are also explained here in an understandable way with some live examples for illustrations. 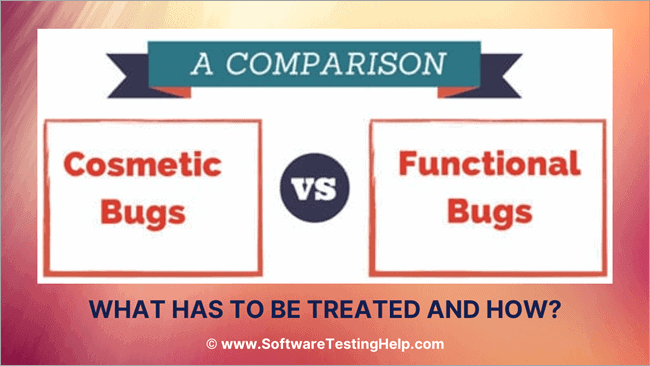 Importance Of Functional And Cosmetic Bugs

Bugs are inevitable in Software development. Hence it is always very important to perform the software thorough testing before it can be used live. Software testing can become more essential as they help in identifying the bugs missed out by the developers.

These unidentified bugs can become very costly in live. Hence a proper test plan and the testing have to be carried out to enhance the software quality.

The above figure has to upload an image file that the software has failed to display. This is a serious issue that can seriously cause business impacts.

Cosmetic Bugs And Their Significant Importance

Cosmetic requirements are nothing but the user interface or just the front end appearance of the software. Most of the times it happens that it keeps changing between different releases.

This happens especially in the projects where the agile methodology is being followed. The releases occur here in the form of sprints. Hence they are usually called Sprint release or just SR-xx, where ‘xx’ refers to the release number.

Each and every release can have a certain set of requirements. Generally, the clients prepare to request for changes in the user interface or just the UI very often.

Following are a few examples of Cosmetic requirements:

In the above figure, there are both functional as well as cosmetic issues. A functional issue like checkbox is not displayed for an option “Use DeathByCaptcha”.

The cosmetic issue can be seen here like no uniform font that has been used.

Priority Factor For Cosmetic Bugs Or Needs From Clients

The cosmetic needs are marked a bit essential by the clients. This is because of the concern towards the need for making the interaction of the software very simple and at the same time efficient so that the accomplishment of goals occurs easily. In case there are issues with the user interface, clients reach the vendors with a low priority bug.

As it generally happens, the functional aspects of the software are concerned by the developers than the cosmetic aspects as they are mostly low impacted areas.

The Software Testers want all the requirements mentioned by the clients to be available in the software failing which they naturally raise a bug. And it is here where all take off. The priority set by the tester occurs as an outcome from the client’s suggestion. The developers’ view is a bit different from what testers look at. They always look if the bug can cause a break in functionality.

Here come some recurring discussion and the outcome of it can have the recommendations from the testing team happen at some point. If not in the current release it can happen in the subsequent one.

The client has requested the company logo to be appearing on the home page within the title frame along with a quick loading feature. The vendor has delivered the software where the company logo takes time in loading and the clients with the feeling that the logo is not loading proceeds to raise a customer live issue.

Generally, the bugs are considered prioritized based on the priority set by the clients and the potential impacts they can leave at the business. It is the general belief across the developers that the high critical bugs are to be worked on. This is more obvious as the functional bugs are something that suppresses their work.

And based on the priority, the clients want to prioritize a few of the functional and cosmetic bugs in the same release. The criticality factor depends on the impact or the potential impact the bug can leave it. The priority factor is based purely on the client and their needs.

In terms of criticality functional bugs are much significantly needed to be fixed without delays. For the cosmetic bugs, they can go with the decisions taken by the clients

In the above figure, there are functional issues like design issues and text overlapping and cosmetic issues like the font problem.

The client in example #1 had multiple releases from the same vendor. The clients are satisfied with the deliverables provided by the vendors. Now suddenly there are few business scenarios that the clients identified to be not working along with few other lists of display issues. As they functionally impacting issues are considered to be critical to the clients, they asked the vendors to fix them ASAP.

All bugs may lead to some non-conformance in the software to that of the client’s requirements. When it comes to the impacts in business, it is definitely the functional bugs that deserve to cause severe impacts to the business. As cosmetic bugs conform to the issue with the UI design and appearance, they can create problems with the usability and appearance among the users.

In other words, these are better called as cosmetic enhancements than bugs. Though these cannot impact the business severely in a greater fashion, they can bring in some difficulties among the users while using the software. 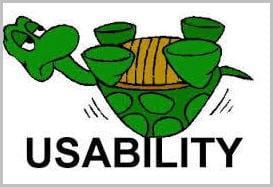 Vendors have delivered a new version of the software application in a mobile version. There are few features in the mobile apps that required the user to click on some link more often. This created a sense of degraded usability among users. The vendors have to reconsider the design and the flow in the application. After changing the flow, the application started getting multiple users using them.

Usability takes the main role in plenty of such applications. Though there were no functional changes, there were few changes in cosmetics that made the applications to grow stronger

Comparative Study Between Cosmetic Bugs And The Functional Bugs

There can be a number of variations between the classifications of bugs like functional and cosmetic ones in multiple aspects in the Software testing life cycle. Few among them are formulated and tabulated as a difference between both the types:

The cosmetic bug can cause an impact in some places where there are company logos or the partnerships’ images on the software but it is not loading properly. Though they are non-functional bugs, they can become severe. Let us understand the following illustrations to understand the importance of cosmetic bugs and their significant role.

Software A is being developed by the vendor B. The mode of deliverables to the client is in the form of code drop once in every month after a base version release has been made. From the delivered product, clients will list down all the issues, bugs, enhancements based on their criticality and the priority.

“Do not count the eggs before they get hatched” – This line is applicable to the developers as well as testers. When software has been developed and ready to be tested the testers tend to think of the above lines. Post-testing, it is now the developers’ turn to spell the lines to the testers. The following are the thoughts flowing in between them:

Hence it is always a kind of argumentative approach which goes between the testers and the developers. To make sure the entire project deliverables are in sync it is essential that an intermediate person (project manager) who can solve the controversies so that the deliverables are optimized and absolute with no defect leakage.

Though the criticalities of the functional bugs are higher than that of cosmetic bugs, the latter reserves their own place in getting priorities from the clients. In order to balance the software with resolutions for all the bugs, it is generally advised to treat the bugs understanding the criticality, priority and the client’s recommendation.

About the author: This is an article written by Nagarajan. He is working as a test lead with over 6 years of Testing experience in various functional areas like Banking, Airlines, Telecom in terms of both manual and automation.

What’s your take on Cosmetic and Functional bugs? I would like to see your thoughts below.

25 thoughts on “Cosmetic and the Functional Bugs – What has to be Treated and How?”