Explore the top Virtual Reality Companies with their core services and ratings to select the best VR Company per your requirements:

This VR tutorial discusses the top and popular virtual reality companies by rating, popularity, and amount of projects or value of projects undertaken.

Virtual reality companies are gathering pace in the industry despite being a relatively new field for them.

In most cases, the industry favors those invested highly in other technologies such as gaming, the Internet, and computing. Thus we have the likes of Microsoft, Google, AMD, NVIDIA, and Samsung.

This does not mean we do not have start-ups that have stolen the show, including the likes of Oculus VR, Next/Now, and Magic Leap, some of which started with public crowd-funding rounds. 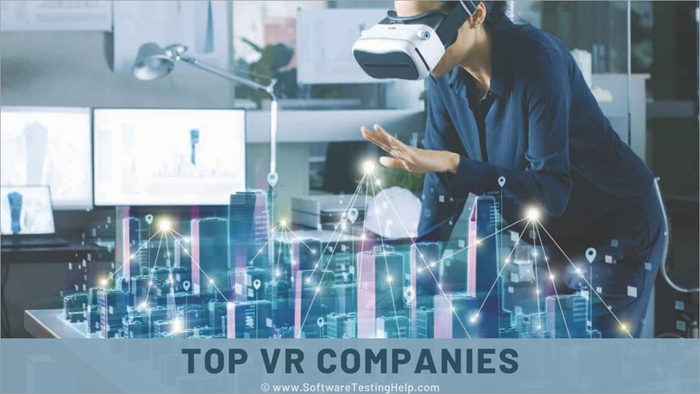 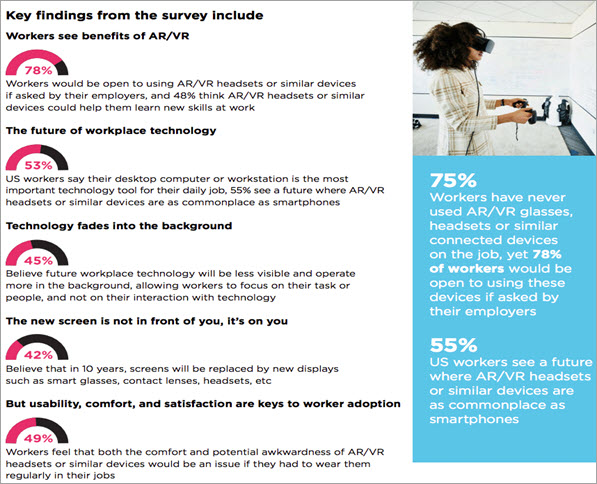 Here is a list of popular Virtual Reality Companies:

Review of the companies: 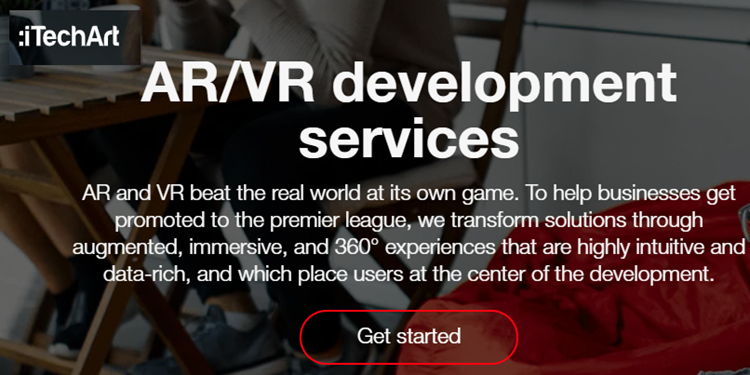 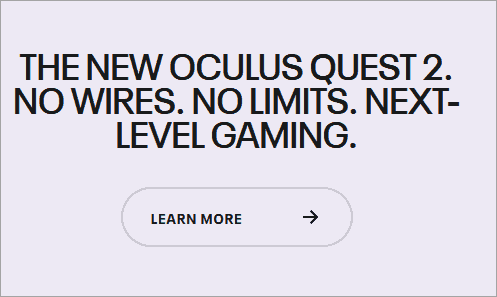 Oculus is probably best known as the first developer of the modern virtual reality headset. The team includes John Carmack, a famous gaming visionary of id Software and Doom, who left the company over legal disputes with Zenmax.

Facebook bought the company for $2 billion in 2016, but it still runs as a separate VR company on Facebook.

HTC is not only in smartphones and other devices. They have released the first institutional-grade VR headset HTC Vive Pro and two other versions of the Pro Eye, after the original first professional HTC Vive headset, released in 2017.

Their first branded smartphone-based Samsung Gear VR was probably the first cheapest option available for mid-range VR experiences to go in mass. Up to date, it’s a more preferable option for those who want to avoid the excessively costly options.

Samsung has also encouraged VR usage with a dedicated VR browser for Samsung devices, in addition to the extensive VR content library/store. The C-lab is also involved in VR projects.

Microsoft is well known in computing, IoT, and networking, but now, it is also known for AR projects such as the Windows HoloLens and Windows Holographic development platform. It is also one of the biggest VR companies in the world today.

Unity is famous as a game engine that allows people to develop games and gaming assets. However, it is probably the company with the largest and most partnerships with VR companies than even the biggest VR companies. Most of the VR and 3D content being used has passed through the Unity platform.

Their game engine is now compatible with VR, allowing users to develop 3D and VR content for a wide range of headsets.

The Unity development engine lays grounds for half of all mobile games and virtual or augmented reality content, including Pokemon Go. 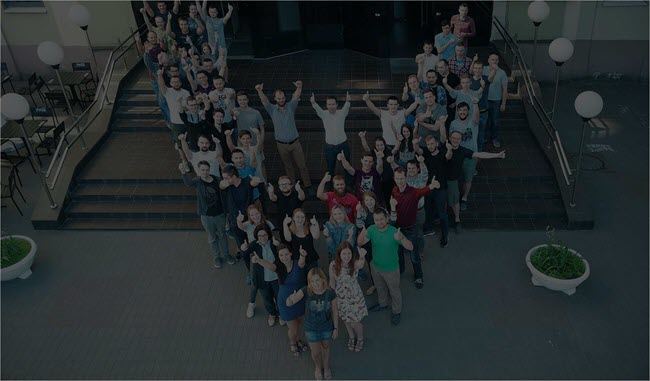 VironIT deals in mobile, web-based, and business software applications, as well as support, maintenance, and integration of the software systems. It also deals with IoT, robotics, and blockchain development. It uses a variety of platforms for its development works, including Android, Unity, iOS, Java, Node.JS, HTC Vive, Windows Holographic, Python, and others.

The company was established in 2004 and is based in San Francisco USA with a regional UK office in London and a development office in Belarus. 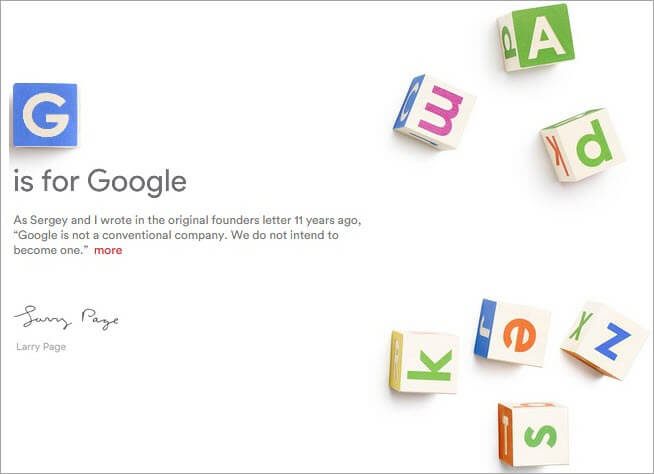 The California-based company was started in 1998 and has participated in many VR projects so far.

It specializes in motion and gesture digital experiences, projection mapping to turn spaces into virtual 3D surfaces, 3D animations, and multi-touch surfaces such as holographic. In addition, it deals with VR and AR experiences.

The company was founded in 2011 and is based in Lake Street, Chicago.

The CemtrexLabs specializes in web and virtual reality design and development as well as prototyping. It was started in 2017 and is based in New York and Pune.

Quyttech is a virtual reality and artificial intelligence development based in India, and which develops on HTC Vive, Oculus, HoloLens, and other platforms. 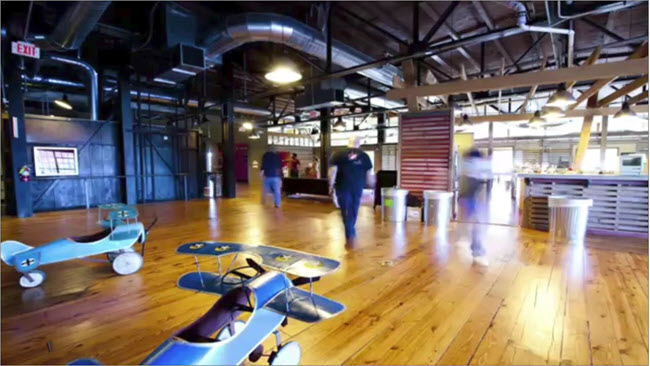 This award-winning studio deals not only in AR and MR but also in VR content development for brands and the public. It has worked on many AR projects and deals with 360 degrees and VR video production. Its technology includes XR Avatar Station, which is a portable volumetric 3D scanner. AR object toolkit and video and camera app development tech.

Other works include Nature Valley experiences for General Mills, for the “Support the Bees” Earth Day campaign; an AR Wayfinding Tool for American Airlines; and the New You AR app for Amazon.com. 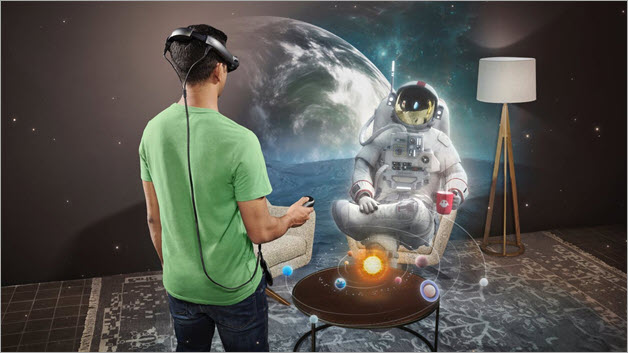 Magic Leap is now well-known for the head-mounted display known as Magic Leap for AR experiences. With investments from the likes of Google, AT&T, and Alibaba Group, the company is headed by former Microsoft CEO Peggy Johnson as the current CEO.

It has acquired, in the past, the likes of Dacuda 3D computer vision company, NorthBit cybersecurity firm, and Mimesys volumetric video development company based in Belgium.

NVIDIA manufactures GPU graphics cards, some of which support VR, AR, and MR gaming on PCs and other devices.

Suggested reading =>> Review of the best and popular Graphics Cards

AMD, like Nvidia, manufactures GPU graphics cards, some of which support VR, AR, and MR gaming on PCs and other devices.

WeVR is a VR content creations company whose technology allows developers and content creators to develop VR experiences using the web and which experiences can be accessed on a web browser without any installations of other apps. One of their major projects is YouTube for VR projects with their project Transport.

It has, so far, been named among the top ten most innovative companies by Fast Company.

Clients: The Venice, Calif-based WeVR is a media entertainment software company that has partnered with the likes of Reggie Watts, Run the Jewels, and Deepak Chopra, and recently with director Jon Favreau to produce the Lion King reboot. Other co-creations include the blue, one of the most iconic VR experiences, and Gnomes & Goblins, a co-creation by Jon Favreau.
Rating: 4.1/5
Website: WeVR

WorldViz is a hardware manufacturing, software, and content development company. They got a host of completed and going ones. Based in Santa Barbara, California, the company now has 18 years of experience according to its website. 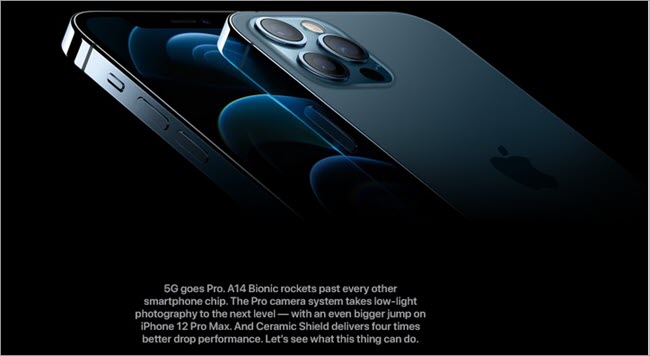 NextVR has partnered with different leagues in sporting to stream live sporting events and broadcasts.

NextVR has more than 26 patents granted or pending. These relate to capturing, compression, transmission, and display of virtual reality content. Some investors into NextVR are Comcast through Comcast Ventures and Time Warner.

The company has now been bought by Apple at an alleged $100 million. No details regarding what Apple could do with NextVR but, for instance, it could help Apple to translate original content on Apple TV + into the VR format. It is rumored that Apple is planning to release a VR headset in the next few years.

It has now been acquired by Apple.

Clients: Some of the leagues it has streamed games for include NBA games using Samsung Gear VR, for instance. It has also streamed live concerns in VR for Live Nations.
Rating: 4/5
Website: Apple

Berkeley-based Bigscreen allows users to watch movies and sports, games, collaborate for work, and hang out in one of the 20-plus virtual environments. It has different virtual environments like campfires, office settings, and movie theatres. With it, users can stream their screen directly into their chosen VR room, each of which holds a max of 8 people. 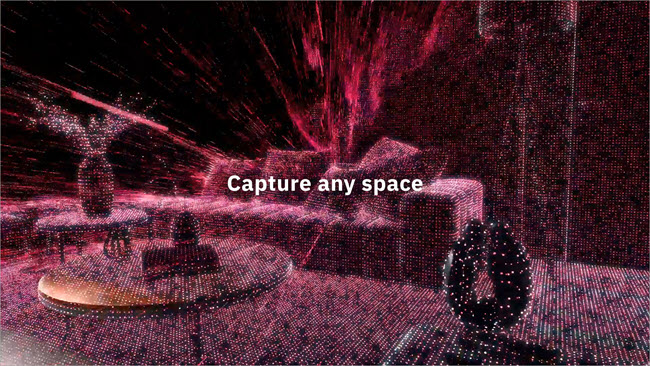 The Los Angeles based filmmaking company has, so far, produced a host of VR experiences including short animations, horrors, music films, and documentaries in collaboration with CNN.

With different companies specializing in VR development in different industries, the best VR company to work with as a partner would be a pro in your field or specialization area. As the VR market expands, the top VR companies to invest in are those dealing with daily VR uses in education, health, marketing, gaming, and other areas.