Read this complete guide to compare and buy the Best Virtual Reality Headset for PC, PS4, and Xbox 360 based on the review, buying tips and pricing:

The purpose of a virtual reality headset is to immerse you in a virtual environment to feel as if you are fighting with life-size game characters, driving life-size cars, chasing life-size dragons, and meeting your friends feeling like it would feel in the physical real life. The more the immersion from a headset, the better, but that may come at additional cost.

The market has enough options–PC, mobile, and consoles headsets. Some headsets come as standalone devices, while others require other devices to be bought. Headsets come with a different capability for integration and support for other hardware, features, benefits, and challenges. 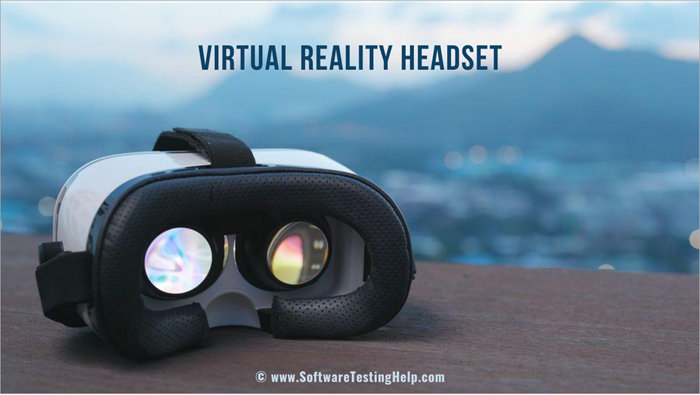 This guide informs you not only the best virtual reality headsets in the market for different operating software platforms but will also let you understand how to buy the best VR headset. 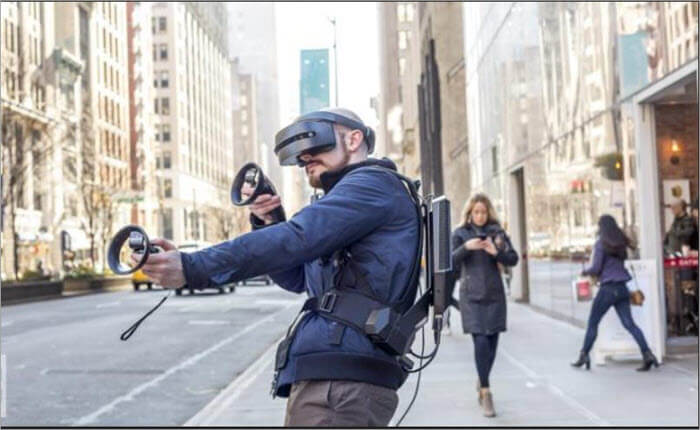 What they are and what are their applications?

Virtual reality is the relatively less popular technology that allows users to virtually immerse themselves in the content they are browsing, for instance, games or virtually working.

Looking and browsing through the content while wearing the virtual reality headset over his or her head with the lens directly in front of their eyes, a user will feel like though they were physically present in the environments they are browsing through or looking at.

Second, the user can use gaze sensor mode by looking at the content through the lenses and can use hand controllers to virtually interact with to control the content they are browsing or looking at. This increases the feeling of immersion.

How Do VR Headsets Work

A virtual reality headset comprises many parts including lenses, sensors, and connector ports.

For starters, a 3D image, video, and the environment is one that a user can browse from all sides, left, right, center, up, and down.

The headset can be so simple that it does not have an integrated computer device to recreate the image to 3D beyond having lenses but instead, has lenses to magnify already generated/created 3D images, videos, and environments into life-size images for further immersion.

#1) Cardboard headset comprises lenses that only magnifies the image and contains the sensors that allow a user to browse the content with gaze mode, just by looking at the control points in the 3D environments or content; and by rotating the head (rotational tracking). A user will only need to slot the smartphone into the cardboard device and start enjoying the 3D environments.

#2) Simpler VR headsets lack 3D audio and hand or body tracking, so it is called half-immersion. The problem here is when the user moves the rest of their body–beyond the head and hands–for instance, the user takes a step forward in the real world, the entire VR environment moves and does not detect these movements.

#3) Headsets used for top quality VR experiences have lenses, sensors, and controllers. Sensors and cameras are used for position-tracking or to track the position of the user, and for motion-tracking or for tracking the user’s motion.

#6) Sensors can be located on the controllers operated by hand, placed or worn on the body, integrated on the headset itself, or even placed in the room to track the position and motion of the user in relation to headset and controllers. Controllers may contain sensors to detect finger movement or hand gestures.

#7) The other kinds of inputs include buttons on the controllers, gamepads, keyboard, and mouse buttons. These are used to relay the signal from hand or eye or head or body to be fed into the system and to allow the user to control or manipulate the VR content, for instance, shoot a character with a virtual gun if playing in a VR game.

Virtual reality headsets are divided according to pricing and the level of immersion and experiences they provide, type of connectivity with other devices, and based on how they track the user’s motion and position as they use the devices.

Types such as HTC Vive Pro and others are physically connected/tethered to a computer through a USB and/or HDMI cable. The connected powerful PC processes the 3D or VR environments and sends them to the headset which magnifies them and also manages the other inputs and outputs from and to the user.

These lesser powerful headsets do not require an external connection to a PC or smartphone but come with an integrated computer, processors, sensors, battery, storage memory, and displays, and once strapped, they are ready to go, although they can work with separate controllers and other position and motion tracking sensors and devices. Examples include Oculus Go and Lenovo Mirage Solo.

These lesser powerful (than above two categories) headsets contain lenses and sometimes sensors and all it requires the user to insert a VR-capable or other smartphones to enjoy VR apps. Smartphones that have gyroscopic sensors and accelerometers help create better immersion experiences with these lower quality headsets.

#2) According to the quality of VR experiences:

The Oculus Rift, Valve and HTC’s Vive, Vive Pro, Oculus Quest, and Sony PlayStation VR are examples of headsets you might want to buy if willing to experience the best of quality graphics and refresh rates.

Besides the high-resolution screens, they contain motion and position tracking sensors and devices, which is best for full immersion in VR and free movement when playing games and exploring VR content in a room.

These are the most expensive but have lesser motion sickness. You might need to spend around $1,000 together with other hardware costs, such as buying a GPU for your PC.

The mid-range VR headsets are the ones powered by smartphones, though some come with integrated computer processing units.

However, unlike the cheaper cardboard options, they may comprise own screens, more powerful lenses and field of view, motion tracking sensors, position tracking systems and sensors, a dedicated app store, content subscription with the brands, built-in controls such as through buttons as controllers, and focus wheels.

Samsung’s Gear VR is the most sophisticated, and probably the most successful in this category. These devices cost between $75 to $125.

These devices are the cheapest. Made of cardboard, plastics, or aluminum bodies, they have lenses that magnify the 3D and VR content is viewed from a VR app installed in a smartphone inserted in the headset. They are countless, cost as low as $10, and examples include the Mattel View-Master.

#3) According to position and motion tracking mode:

Mostly for high-end tethered and wireless headsets, these have sensors attached or fitted on the headset itself to track the motion and position of the user or headset versus that of the room in which the user is roaming as they play VR games or browse VR content.

There is the freedom to roam without restriction, hence more real. The problem is accuracy and latency because good computer vision is required, yet the technology is behind outside-in solutions. Another problem is the headset will need to do all the computational work itself.

In outside-in tracking, position and motion trackers or sensors are placed separately from the headset, in the room, or on an external device such as on the tethered PC, to track the position of the headset against that of the room. Examples are Oculus Rift, HTC Vive, PS VR.

They do not cause a lot of nausea. It is the most powerful kind of tracking for now, best for accuracy, and it is possible to add more trackers around the room to increase accuracy.

However, there is the problem of occlusion, and sensors must be in the position to track the user effectively in 360 degrees otherwise they can lose placement when you turn around, and the user has to be in the field of view of the cameras to be tracked in the VR environment.

#1) Decide on which device you want to use to view the virtual reality content and the minimum requirement to operate VR, whether is it a PC, smartphone? You might need to buy GPU graphics for your PC.

#2) What is your application? Do you need the high-end VR headsets that support full-body positional and body movement tracking? What is your desired level of immersion?

High-end tethered or wireless VR headsets are also best for hard-core gamers, trainers, and their trainees, for example, in Government Defense departments who need top-notch immersion in their training simulations, etc. If the application is not as sensitive, it may be quite expensive for you to buy a high-end VR headset.

#3) If you need mobility, then you might need a mobile VR headset such as the smartphone-based headsets, wireless headsets, standalone headsets, or the cardboards. The smartphone category might need you to add an extra cost for VR-capable smartphone. The tethered ones are connected via a short cable to a PC and will limit movements, though you can upgrade some to be wireless by buying additional devices.

Below is the list of best VR headsets For PC, PS4, Xbox, etc:

These VR Headsets are reviewed below: 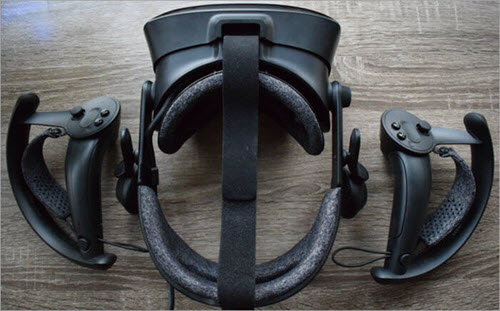 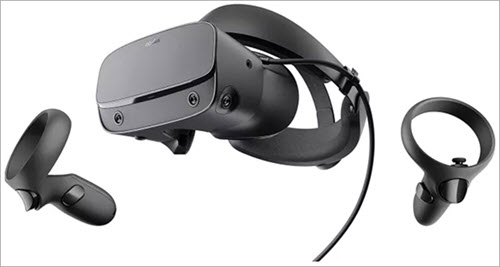 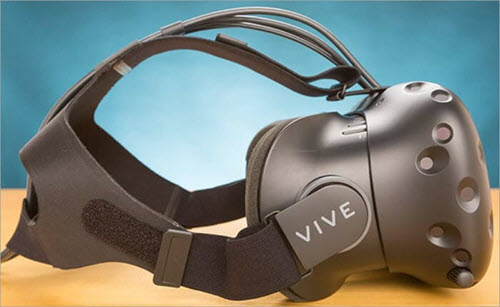 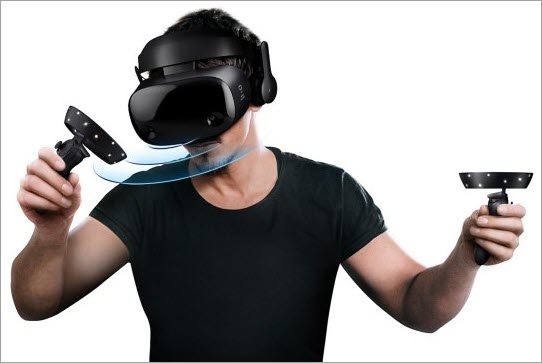 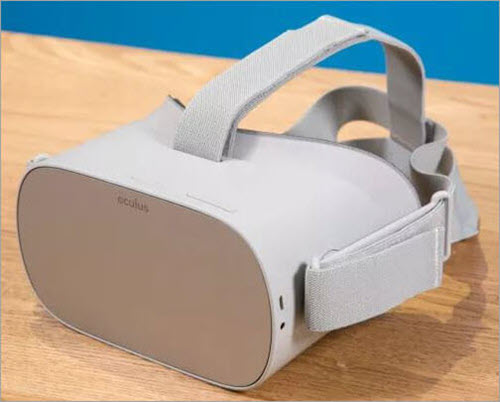 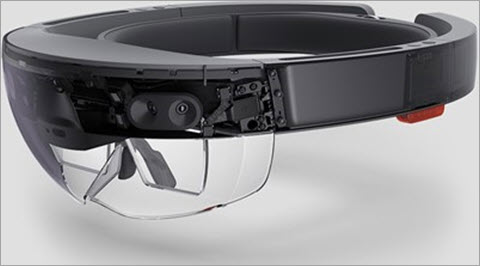 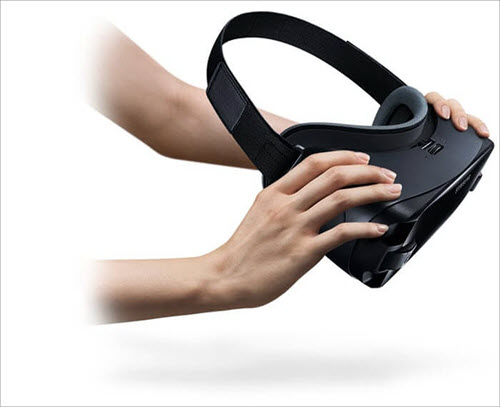 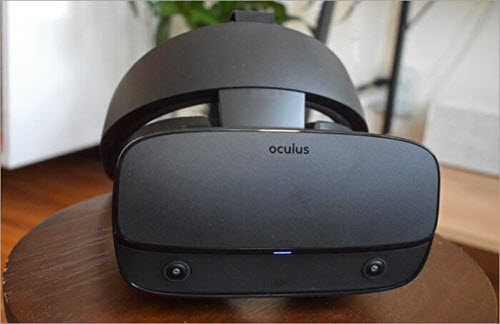 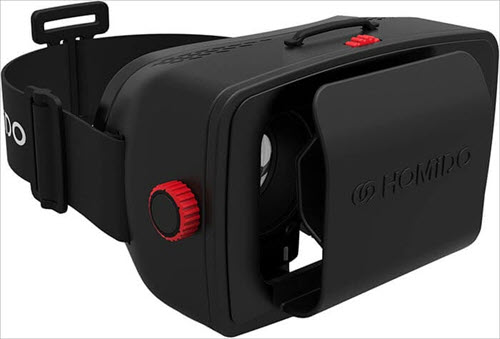 In conclusion, virtual reality headsets come in a variety of shapes, sizes, and types. If looking for the best virtual reality headsets, there are those standalone types that can be used alone without needing attachment to smartphones or PCs and there are those that require being tethered on PCs, and those that require smartphones insertion to play their role.

Suggested reading =>> Best stores to find a PS5 to purchase

Among the top virtual reality headsets, we have high-end VR, mid-range, and low-end VR in terms of the quality of virtual reality experiences. Most have associated content and app stores from which the user can get content to play if they buy a headset.

They include Samsung Odyssey+, HTC Vive, and Vive Pro, Oculus Quest and Rift S, Homido, Microsoft HoloLens, Valve Index, Samsung Gear VR, and without forgetting one of the most valuable for gamers, in this list–the PlayStation VR headset.