We use multiple applications on a daily basis. The internet is a part of our life.

Behind every application, whether shopping, learning, ticket booking etc there are multiple people whose contribution has made our life so comfortable through these applications.

Among these multiple technical people are “Testers” and “Developers”.

In this article, we will see the different perspectives of Testers and Developers and their relationship to make a successful application together. 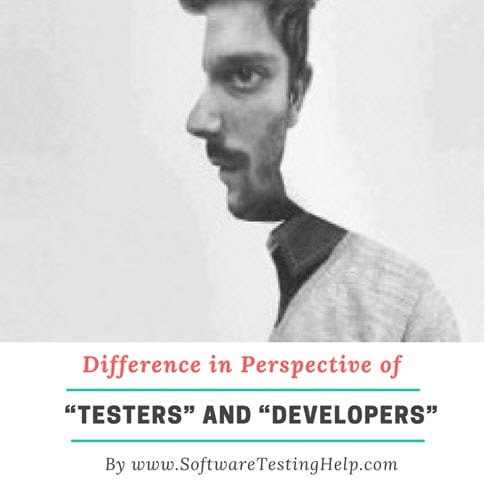 The aim of testers and developers is the same i.e. to provide a quality product to the stakeholders. But their way of thinking is different.

It is rightly said, “Testers and Developers are not different but they follow a different path to achieve the same goal”. 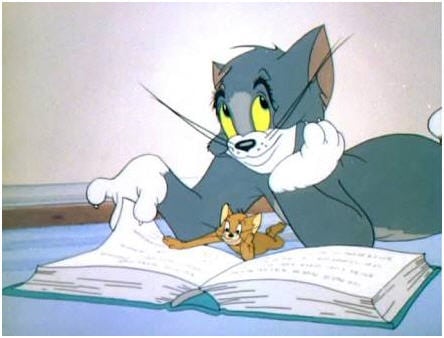 Developers think: ‘How can I make the application?’

Testers think: ‘How can I break the application?’

Testers and Developers act like Tom and Jerry. But the end result is positive only when they both work together.

By saying ‘How can I break the application’ it does not mean that a tester’s motto is to spoil the work done by developers. It means that the testers by their out-of-box thinking and by placing themselves in the customer’s shoes, apply all possible scenarios on the application. This is done so that the application does not break when it is in the live environment.

So, to avoid such complexities, now, software testing is a part of every phase of SDLC. This means testing starts from the very first phase of development.

“Testers” look at an application from a different creative perspective and if the requirements of the end-users are clearly understood, it makes a lot of difference.

Let us see and get a brief idea of tester’s perspective at different phases of SDLC:

In this phase as per the requirement of the stakeholder and by accumulating suitable necessities of the application a requirement document is prepared.

Requirement document is shared with the testing team to have their view on the proposed requirement as well as send their queries in the form of ‘Review comment’. The queries could be anything, be it the understanding of any particular section or prediction of some future possibilities of errors.

Let us take a very common example: Requirement of the end-user is “No special character is allowed in Input field “.

Developer’s role: Clearly, write a code for inserting an Input field by keeping a check that when a user enters any special character, an error is thrown or proper error message is displayed.

Tester’s perspective: Tester will first check the stated requirement but then he will have multiple scenarios in mind. He will have questions like:

There are many other such scenarios which testers think of while reviewing Requirement document.

For evaluating any product or application, testing means questioning a product in order to cover almost every scenario because an end-user could be anyone and can use the application in any manner that they want to.

After collecting the data and after finalization of requirements, the Developers start their designing on the application. This includes a review of the design documents before implementation by the developers.

Testers from their understanding and creative thinking analyse all the possible scenarios for all new features, enhancements, integrations, UI update, anything mentioned in the requirement. They create test cases, sanity check lists and data so that when the application comes for testing, they are ready with their testing parameters.

In this phase, developers actually implement the finalized system design.

When we see from the developer’s perspective, they are focused on building functionality that is the requirement. In their view, functionality will work perfectly and efficiently.

In this phase, developers upload the application to staging/QA environment (environment that is available for testers to test) with defined set of functionalities that have been implemented by the developer in that particular sprint/release.

Developers upload the application with a notion that the functionality implemented is developed perfect as per the requirements specified; they are just giving application to the testers to re-verify.

But for testers, other than the desired functionality there are many other different ways an end-user can think to use a particular application. It is the task of the testers to use their creative thinking and explore each and every possible scenario.

This phase is to check the combined effort of Testers and developers.

The final application after all implementation is sent to the user to use it live. If it is working as desired then there is no problem. But if there is any deviation, it again requires the combined effort of both testers and developers in the maintenance phase.

Testers and Developers together make an effective team as it is the responsibility of both to ensure the best product. This is achieved if both work hand in hand with proper understanding and taking feedback positively.

Let us see some important points that define the role of Testers and Developers:

Working as a Tester:

There are of course, many good developers who can test well. The important point is being a human we can’t test our things/ application on our own, and we do require a second person opinion and feedback.

“Tester” is the person who is not influenced by the application developed and he gives his own judgements based on practical hands-on experience from using the application with all possible scenarios.

A Good Tester and A Good Developer:

A Good Tester is one who is comfortable with conflicts. Many times it becomes very hard to pinpoint the source of the bug i.e. it may be a coding bug, documentation bug, design bug or may not be a bug even. But it’s the job of the tester to report every bug.

A Good Developer is one who takes feedback in a positive & constructive manner, diagnoses the problem, and debugs it. But developers often avoid conflicts and that causes hindrance.

So, I conclude my article by saying that, appreciating differences is critical for productive teams but different approaches aid in finding solutions, and lead to delivering a product that works at its best.

Through this article, I have one more point to add “If we need to make Project/ Application the best, we need a critic with us who can give reliable feedback”.

About the author: This is a guest post by Sushma S. She is working as a Senior  Software Test Engineer in a MNC.

Do you agree with me? Let me know your thoughts by adding comments below.

19 thoughts on “The Difference in Perspective of “Testers” and “Developers””