Nowadays a lot of people who pass out of engineering and science colleges are interested in taking Software Testing as their career.

When I passed out of my college, IT started to boom back in India, and most of the fresh graduates whom I interacted with didn’t even know that there were jobs or careers in software testing.

I was offered a job as a tester in a startup for 7440 rupees a month when compared to fresh developers (who were picked from better institutes from where I graduated) being paid 34,500 rupees a month. 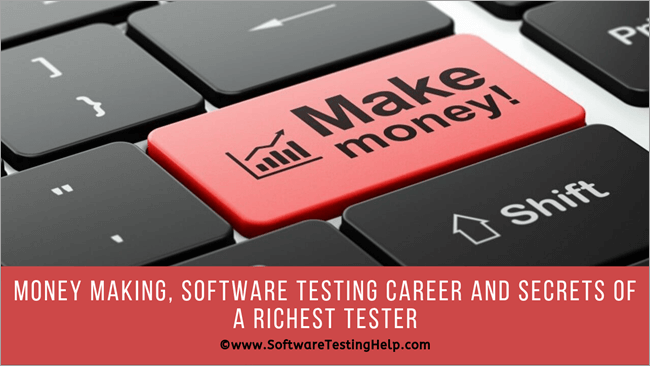 When I started my career as a Software Tester, I didn’t find any training center, that could coach me on Software Testing, and I lacked guidance too. I didn’t know about Google and its power of search.

In the organization which I worked for, there existed a Senior Software Tester, not by designation or for the technical competence but just that he joined that organization 6 months before I did. He happened to coach me. I blindly believed all that he said about testing. I believed him and never questioned him at all.

By believing whatever he said, I think I was becoming dumb. I looked for someone who could coach me and found two great people, one a Developer and another a Software Architect in the organization whose ideas were much more impressive than that senior software tester.

What do I learn? What should I practice?

When I asked for information about software testing, some of my friends sent me few materials that were nothing more than – Types of Testing, techniques of testing, different types of documentation, a process of testing and development.

A question that I asked myself, changed my life and you as well might wish to know what that question is: Is there something beyond what all these people think Software Testing is which I can learn?

Now that leads to more questions. If it exists, where does it exist? Who has the information? How can I find it?

That led me to discover James Bach, one of the world’s leading expert testers. His career graph is one of the most impressive career graphs that I have seen to date. He is a school drop-out at the 8th standard and yet became the youngest Test Manager in the world at the age of 20 at Apple Computers.

He even helped Microsoft with Test Specification and was an expert witness in court cases that involved investigations of the computer world.

He has traveled to most of the countries where software testing is being done and has carried out consulting assignments over there. He is a kind of tester who can make most testers in the world feel ashamed of their lack of skills, knowledge and maybe money. This reminds me to say that he has made lots of money.

I thought this man must have a secret with him that other Software Testers don’t know and I wanted to learn that. I found that James Bach is very similar to Jackie Chan as he considers skilled testing to be a mental martial art.

Sorry, James doesn’t have any testing certification that you know of and he thinks certification doesn’t help, so don’t try to think of certification when you are thinking of James Bach, the great tester and guru of Software Testing.

I had to pass through several mental martial arts tests before I became his full-time student. Let me not take you through the entire story but to let you know that I reached a stage where he hired me to represent his company in India.

I don’t like comparing myself with others and run a rat race but some of my friends who were compared with me were very disappointed as I progressed. I traveled around the world speaking and coaching at international conferences. I am featured as an expert tester sometimes (which I acknowledge, I am not) in other countries. I have a fan following for my blog.

I am an independent consultant, working on different projects in a day and for different clients from different parts of the world. I coach, consult, speak, write, think, test, manage and learn Software Testing and problem-solving.

I was interviewed by CNBC as they considered me a problem-solving expert and wrote a column for them as an Expert problem solver. I was invited to test for an organization’s products and services division with about three years of working as a Software Tester. I have tested over a hundred and twenty-three products, so far.

Don’t worry about too many “I”, I have written in this article, and for the moment, I think if you have so many “I” to say or probably even more, in testing that makes people approach you for consultation, and you would be making more money than you ever imagined you would make as a tester.

I want to see Indian testers make more money than what they have been making. That’s precisely why I am writing this article for you all.

How to apply this heuristic?

Let me give you an example to get you started: There is a common myth (which means something is fundamentally wrong but people blindly believe it) by which most testers to my knowledge in India live: Testing is done to improve Quality

About the Author: This is a guest article from Pradeep Soundararajan. He is a Consulting Tester, Satisfice Inc & Software Testing Magician. Reach out to him on his blog Tester tested

174 thoughts on “Money Making, Software Testing Career And Secrets of a Richest Tester”