The Game Testing Industry is expanding rapidly and currently, there are several “Game design” and “Video Game testing” openings available in the market. Here is a very interesting article on game testing which will give you a brief idea about the Game Testing industry! 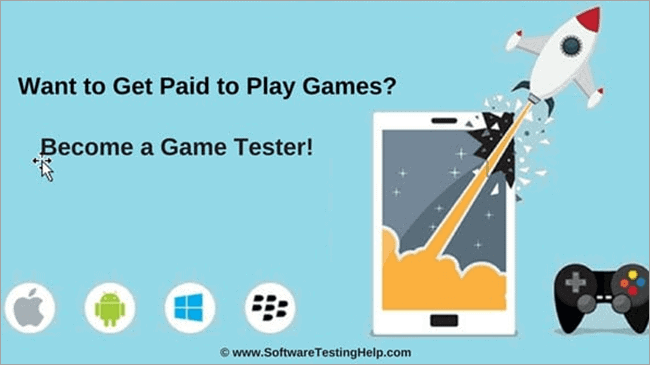 The Video Game Testing industry is set to become the largest industry now.

In spite of the recession, there was no dearth in the sales of the game titles, although the game console sales were hit and the game testing companies had to revamp their strategies.

Gaming had its own ups and downs over the years but it continues to grow leaps and bounds. Facebook application games are really path-breaking with budding developers experimenting with their knowledge. Episodic games are a new thing. Games for the iPhone are the new frontier too.

So, no one in the game industry knows where games will be even two or three years from now. The only thing they know is that everything is changing and the games that will be released in the upcoming years will be different from what we have now.

Following Openings are available in the Gaming Industry:

What Is A Typical Game Testing Process?

It takes from one to three years to develop a Computer game (depending on the scale). Testing begins late in the development process, sometimes from halfway to 75% into development (it starts so late because, until then, there is a little to play or test).

Once the testers get a version, they begin with playing the game. Testers must carefully note any errors they uncover. These may range from bugs to art issues to logic errors. Some bugs are easy to document but many are hard to describe and may take several steps to describe so that a developer can replicate or find the bug.

On a large-scale game with numerous testers, a tester must first determine whether the bug has already been reported before or they can log the bugs themselves. Once a bug has been reported as fixed, the tester has to go back and verify that the fix works properly- and occasionally return to verify that has not reappeared.

There are several strategies involved in the Game Testing process. Given below are few of them:

Game rules adequately explain the operation of all the components of the game including features, free games, etc. Each Game functions as per the rules defined.

It includes verification of Game outcomes and if the data are correctly shown when games are played. Verify Game Functionality such as Game Progress, game outcomes, handling of incomplete and re-started games, multi-player games.

#3) Verification Of The Integration Points

Check if the Game win determination aligns with the Game Rules.

Procedures will be reviewed by System management, player account management, tournaments, and promotions.

Require verifying all equipment and network implementation for secure and reliable operation. For Example, Time synchronization, OS reliability, and security.

How To Test Games?

This process is almost similar to product or web application testing. Here is the typical game testing process:

The gaming field is getting much better day by day and the Career as a Game Designer or Game Tester is very bright. There are several game testing professionals making a decent amount of money as a video game tester, working from home itself.

Present Internet generation bringing massive innovations and scope to grow. IT and Non-IT people are willing to spend their free time playing video games or any online game. “Game testing from home” is now a new trend to earn money.

We can clearly see that getting into our daily activities. Game Testing Career is turning hot day by day in the market.

If anyone of you is trying hard to get into the gaming industry then you need to have the interest and passion that drives you to success. Due to the addition of vast and complex new games, Game QA is no longer less technical than general software QA.

Further reading =>> How to play Windows 7 Games on Windows 10

If you have a passion for games and a good understanding of testing methodologies, becoming a successful game tester is not difficult for you!

About the Author:
This is a guest article written by a Game Testing Expert named “Malini”. Malini has over 10 years of experience in IT including development, testing and project management, and her passion is in advancing the profession of software testing.

Her technical articles and white papers have been published in many leading websites. She holds an MBA in IT and a GNIIT diploma. Read more about Malini on her Blog.

If you are in Game Testing Industry, your valuable inputs will help our readers to know more about Game Testing. So please share your tips and suggestions on Game Testing in the comments below.

128 thoughts on “Want to Get Paid to Play Games? Become a Game Tester!”