Earlier in this series, we published tutorials which focused more on Selenium IDE and its various aspects. We introduced the tool and discussed its features. We also constructed a few scripts using Selenium IDE and Firebug. From there we moved on to different types of web elements available and their locating strategies.

Now that we are well versed with Selenium IDE, let us move our learning curve towards creating more advanced automation scripts using Selenium WebDriver. WebDriver is one of the most compelling automation testing tools. Let us discuss it in detail. 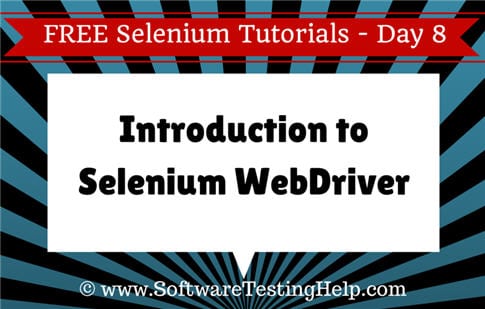 Selenium RC in aggregation with WebDriver API is known as Selenium 2.0. Selenium was so developed in order to support dynamic web pages and Ajax calls. It also supports various drivers to exercise web-based mobile testing.

WebDriver is a web-based testing tool with a subtle difference with Selenium RC. Since the tool was built on the fundamental where an isolated client was created for each of the web browsers; no JavaScript Heavy lifting was required as we discussed in our very first tutorial.

WebDriver makes direct calls to the Web browser and the entire test script is executed in this fashion. WebDriver uses the browsers support and capabilities to automation. 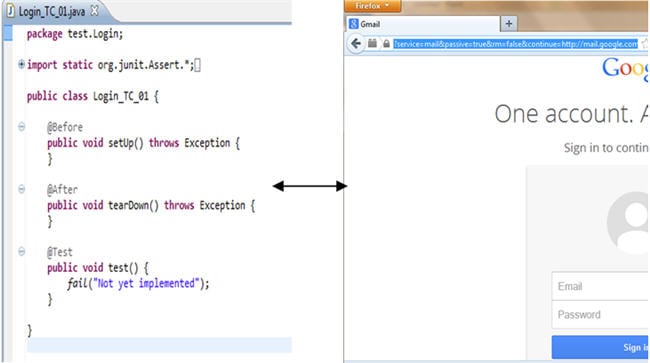 Exceptional Cases when Selenium Server is required with WebDriver:

WebDriver is a purely object-oriented framework that works on OS layer. It utilizes the browser’s native compatibility to automation without using any peripheral entity. With the increasing demand, it has gained a large popularity, user base and has become by far one of the most extensively used open source automation testing tools. 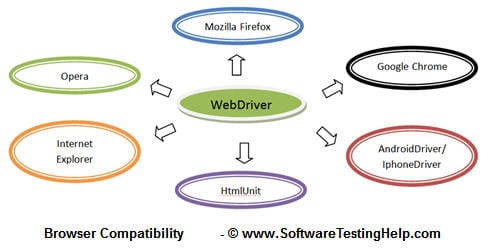 WebDriver supports a diverse range of web browsers and their versions. It supports all the conventional browsers in addition to some unique and rare browsers like HtmlUnit browser unlike Selenium RC and Selenium IDE.

Earlier in the sessions, we learned to create scripts using record and playback functionality. We also saw how to create them manually using Selenese commands. While creating such test scripts, we come across various constraints.

Some of the limitations imposed by Selenium IDE are:

The above impediments can be troubleshot programmatically. WebDriver facilitates the user to choose within the different programming languages and build their test script in the designated language.

Thus the user can pick any one of the programming language (provided the language is supported by WebDriver) based on his/her competency and can start building test scripts.

When compared to other tools of the Selenium suite, WebDriver turns out to be the fastest tool amongst all. The communication is not channelized via any external intervention; rather the tool directly communicates with the browser same as that of any user. Thus, WebDriver takes advantage of the browser’s native compatibility towards automation.

WebDriver offers a wide range of solutions to some potential challenges in Automation Testing. It helps us to deal with complex types of web elements like checkboxes, dropdowns, and alerts with the help of dynamic finders. 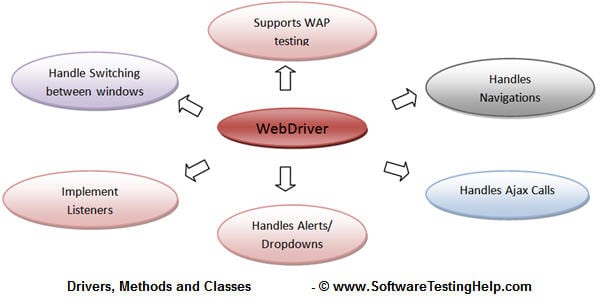 Moreover, WebDriver API is fairly simple and easy. It doesn’t include repetitious commands. On the contrary, Selenium RC embodies many of the tautological commands.

In this tutorial, we tried to make you acquainted with Selenium WebDriver by outlining its architecture, features and limitations.

Next Tutorial #9: In the next tutorial, we would be discussing the installation procedure to get started with WebDriver initiating from the scratch. We would also be discussing the diverse range of drivers provided by WebDriver, each catering to different needs.

Till the time our next tutorial is under construction, the readers can visit the Selenium’s official website. A detailed documentation with reference to Selenium WebDriver is implemented on its official website.

If you have any specific requests/queries about this or any other tutorial in this Selenium online training series, let us know in comments.