This Review Lists the Differences Between Selenium 3 vs  Selenium 4 and New Features & Changes in the Latest Version Selenium 4 (Alpha 3):

Selenium 4 (Alpha 3) version is now launched in the market. As we all know the founder of Selenium is “Simon Stewart” and now he has introduced the new version not only for web drivers but also for Grid and IDE. 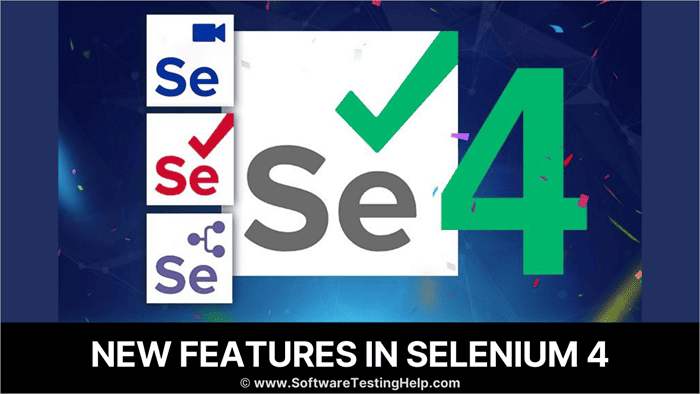 The changes related to W3C standards are made to improve the version, as earlier Selenium commands worked very differently on different browsers.

Download the Selenium 4 Alpha version by clicking on “4.0.0-alpha-6” as shown in the image below:

The latest version Libraries are present on Maven Central Repository. 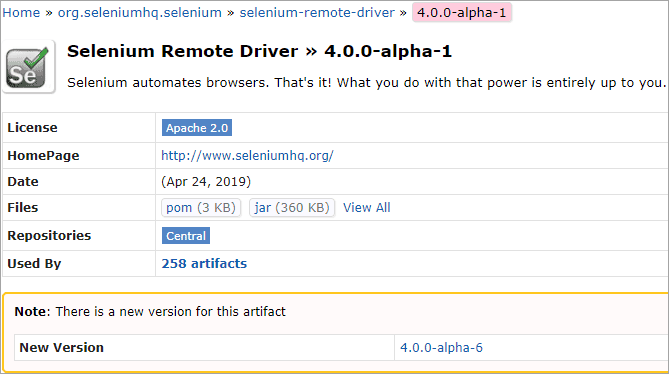 Difference Between Selenium 3 And Selenium 4

Selenium 4 has come up with new architecture to remove the issues which occurred earlier during installation and configuration, also during the connection between the hub and node machine.

Let’s understand in brief about the Selenium Grid, which contains two major components:

But in Selenium 4, Grid is very flexible. It allows us to test the cases against multiple browsers, browsers of different versions, and also on different Operating systems. Even now, there is no need for a setup to start hub and nodes individually once the user starts the server, the Grid automatically works as both nodes and hub.

It also supports advanced tools like Docker, AWS, Azure, and much more, useful in the DevOps process. Now Grid has a more user-friendly UI and contains relevant information related to the session, running, capacity, etc.

#3) Standardized Documentation: Documents play an essential role for any user, and Selenium documents were not updated since Selenium 2.0.

With Selenium 4, they have updated all the official documents related to Selenium that include web driver, Grid, and IDE to explain the latest changes.

#4) Improvement in Selenium 4 IDE: Selenium IDE is a record and playback tool that is used for user interaction with the browser, and the new version of IDE is available with more features

#5) Better Monitoring: Logging and request tracing process are now improved to make a better grip on the debugging process for automation engineers as it is not limited to DevOps only.

The features are as follows:

Please find the below code:

Now, in Selenium 4, the user can open a URL in a new tab along with the existing tab.

For Example: If the user wants to open 2 URLs in two different tabs at the same time, the user can do that with the Selenium 4.

Please find the below code for reference:

#3) Open a new window on the browser:

Using Selenium 4, the users can also open the new window on the same browser.

For Example, if the user wants to access two applications in the same browser, the user can now do this.

Please find the below code for reference:

Now with Selenium 4, users can achieve the coordinates, dimension, height, width, etc. as the location of the web elements or object.

Please find the below code for your reference:

These are also known as Friendly Locators, and this functionality is being added to find out the element which is present nearby to other web element or, we can say that it can find the web elements based on GUI location.

There are five locators added in Selenium 4:

Note: All the above relative locators method support “withTagName” method.

The below example is for the toLeftof() and below() locators:

The below example is for the toRightOf() and above() locators:

By using the API, we can perform the following operations:

In this tutorial, we have covered the introduction to the new version of Selenium 4, some upcoming features related to Selenium Grid, IDE, and Selenium WebDriver.

We have also seen a brief description of the Relative Locators, Chrome dev tools. We can expect a lot from the Selenium 4, be it the browser support, the documentation, or the UI.

Author: This article is written by Akanksha K who has 7+ years of experience in Software Quality and building Test Frameworks.