In the Previous tutorial, we learned about Artificial Neural Network Models – Multilayer Perceptron, Backpropagation, Radial Bias & Kohonen Self Organising Maps including their architecture.

We will focus on Genetic Algorithms that came way before than Neural Networks, but now GA has been taken over by NN. Although, GA still has applications in real life such as optimization problems like scheduling, playing games, robotics, hardware design, traveling salesman problems, etc.

Genetic Algorithms are algorithms that are based on the evolutionary idea of natural selection and genetics. GAs are adaptive heuristic search algorithms i.e. the algorithms follow an iterative pattern that changes with time. It is a type of reinforcement learning where the feedback is necessary without telling the correct path to follow. The feedback can either be positive or negative. 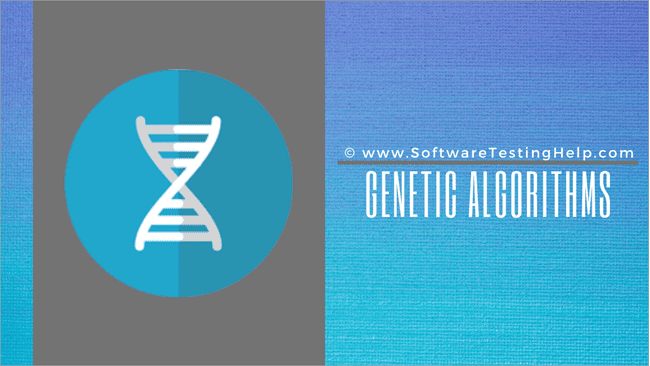 Why Use Genetic Algorithms

GAs are more robust algorithms that can be used for various optimization problems. These algorithms do not deviate easily in the presence of noise, unlike other AI algorithms. GAs can be used in the search for large space or multimodal space.

Genetics is derived from the Greek word, “genesis” that means to grow. The genetics decides the heredity factors, resemblances, and differences between the offsprings in the process of evolution. Genetic Algorithms are also derived from natural evolution.

Some Terminologies In A Biological Chromosome

What Are Genetic Algorithms

The GAs perform a random search to solve optimization problems. The GA uses techniques that use the previous historical information to direct their search towards optimization in the new search space.

Correlation Of A Chromosome With GA 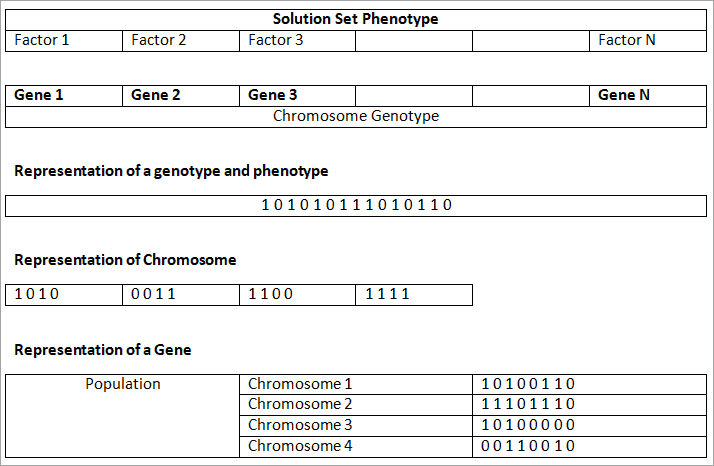 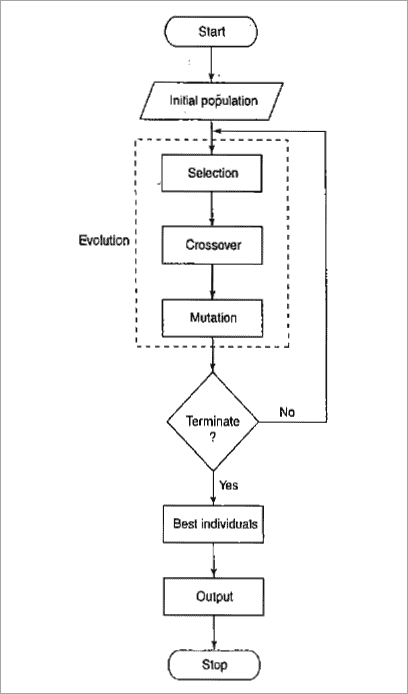 A simple genetic algorithm is as follows:

#1) Start with the population created randomly.

#2) Calculate the fitness function of each chromosome.

#4) Replace the original population with the new population and go to step 2.

Roulette wheel selection is the Selection method that is used widely.

The selection process is short as shown below:

In this method, a linear search is made through the roulette wheel. The slots in the wheel are weighed according to the individual fitness value. The target value is set randomly according to the proportion of the sum of the fitness in the population.

The population is then searched until the target value is reached. This method does not guarantee the fittest of the individuals but has a probability of being the fittest.

Let’s see the steps involved in the Roulette Wheel Selection.

There are many other selection methods used in the “Selection” step of the Genetic Algorithm.

We will discuss the 2 other widely used methods:

Potential parents are selected and then a tournament is held to decide which of the individuals will be a parent.

The tournament population along with the winner is again added in the pool to generate new offsprings. The difference in the fitness values of the winner and individuals in the mating pool provides a selective pressure for optimum results.

It is a process of taking 2 individuals and producing a child from them. The reproduction process after selection makes clones of the good stings. The crossover operator is applied over the strings to produce a better offspring.

The implementation of the crossover operator is as follows:

We can see this in the example below:

Mutation is done after Crossover. While crossover focuses only on the current solution, the mutation operation searches the whole search space. This method is to recover the lost genetic information and to distribute the genetic information.

This operator helps to maintain genetic diversity in the population. It helps to prevent local minima and prevents generating useless solutions from any population.

The mutation is performed in many ways such as inverting the value of each gene with a small probability or perform mutation only if it improves the quality of the solution.

Some of the ways of mutation are:

Let’s see some examples of each:

If a mutation is not performed, then the new offspring are generated directly after crossover. The initial population of chromosomes is given as A, B, C, D. The population size is 4.

The fitness function is taken as a number of 1’s in the string.

#1) If B and C are selected, the crossover is not performed as the fitness value of C is below the average fitness.

#3) B and D are selected, the crossover is performed.

Corresponding Chromosomes are shown in the below table. The order is put randomly.

Though the fittest individual with fitness value of 6 is lost the overall average fitness of the population increases and would be: 14/4 =3.5

When To Stop Genetic Algorithm

A genetic algorithm is stopped when some conditions listed below are met:

#1) Best Individual Convergence: When the minimum fitness level drops below the convergence value, the algorithm is stopped. It leads to faster convergence.

#3) Sum of fitness: In this method, if the sum of fitness is less than or equal to convergence value then the search is stopped. It guarantees that all the population is within the fitness range.

#4 ) Median Fitness: In this method, at least half of the individuals in the population will be better than or equal to convergence value.

Some convergence criterion or stopping condition can be:

Advantages of a Genetic Algorithm are:

GA is effective to solve high dimensional problems. A GA is effectively used when the search space is very large, there are no mathematical problem-solving techniques available and other traditional search algorithms do not work.

Some applications where GA is used:

Genetic Algorithms are based on the method of natural evolution. These algorithms are different from the other classification algorithms as they use encoded parameters (0 or 1), there are multiple numbers of individuals in a population and they use the probabilistic method for convergence.

With the process of crossover and mutation, the GAs converge at successive generations. The execution of a GA algorithm does not guarantee a successful solution always. The Genetic Algorithms are highly efficient in optimization – job scheduling problems.

Hope this tutorial would have enriched your knowledge on the concept of Genetic Algorithms!!