This Tutorial Explains What Is Artificial Neural Network, How Does An ANN Work, Structure and Types of ANN & Neural Network Architecture: 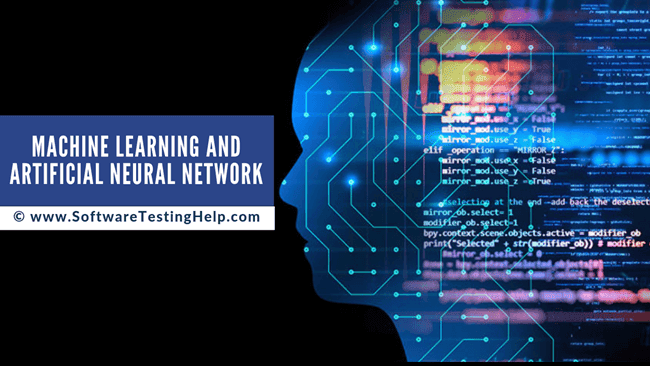 What Is Machine Learning?

Machine Learning is a field of science that allow computers the capability to learn and act without being programmed explicitly. It is a subfield of Artificial Intelligence.

What Is An Artificial Neural Network?

ANN is a non-linear model that is widely used in Machine Learning and has a promising future in the field of Artificial Intelligence.

Similar to this, an Artificial Neural Network (ANN) is a computational network in science that resembles the characteristics of a human brain. ANN can model as the original neurons of the human brain, hence ANN processing parts are called Artificial Neurons.

ANN consist of a large number of interconnected neurons that are inspired by the working of a brain. These neurons have the capabilities to learn, generalize the training data and derive results from complicated data.

These networks are used in the areas of classification & prediction, pattern & trend identifications, optimization problems, etc. ANN learns from the training data (input and target output known) without any programming.

The learned neural network is called an expert system with the capability to analyze information and answer the questions of a specific field.

The formal definition of ANN given by Dr.Robert Hecht-Nielson, inventor of one first neuro computers is:

“…a computing system made up of a number of simple, highly interconnected processing elements, which process information by their dynamic state response to external inputs”.

Structure Of A Biological Neural Network

A biological neural network consists of: 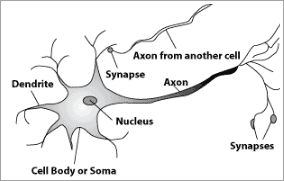 Artificial Neural Networks are processing elements either in the form of algorithms or hardware devices modeled after the neuronal structure of a human brain cerebral cortex.

These networks are also simply called Neural Networks. The NN is formed of many layers. The multiple layers that are interconnected are often called “Multilayer Perceptron”. The neurons in one layer are called “Nodes”. These nodes have an “Activation function”.

The ANN has 3 main layers:

What Is An Artificial Neuron?

These neurons work in parallel and are organized in an architecture. The nodes are connected to each other by connection links. Each neuron carries a weight that contains information about the input signal.

How Does Artificial Neuron Work?

An artificial neuron receives an input. These inputs have a weight called “synapse”. These neurons (also called nodes) have “activation function”. This activation function works on the input and processes it to give an output.

The weighted sum of inputs becomes an input signal to the activation function to give one output. These input weights are adjustable so that the neural network can adjust its parameters to give the desired output.

Few Common Activation Functions That Are Used In Artificial Neural Network Are:

It can be defined as f(x) = x for all values of x. This is a linear function where the output is the same as the input.

This function is used in single layer networks to convert the net input to output. The output is binary i.e. 0 or 1. The t represents the threshold value. 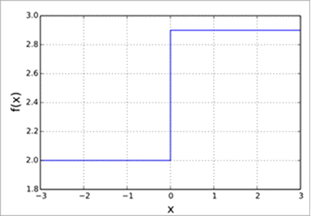 The bipolar step function has bipolar outputs (+1 or -1) for the net input. T represents the threshold value. 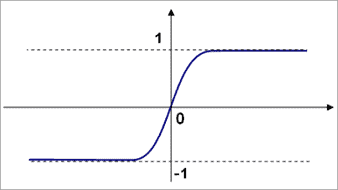 It is used in backpropagation networks.

It is of two types: 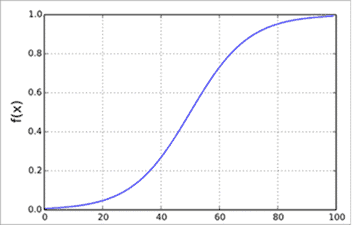 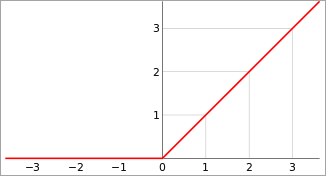 The weighted sum of Inputs means the “product of the weight of input and value of input” summed together for all inputs.

The most commonly known network architectures are:

Let us have a look at each of these in detail.

All the input nodes are connected to each of the output nodes. The term feed-forward depicts that there is no feedback sent from the output layer to the input layer. This forms a single layer feed-forward network. 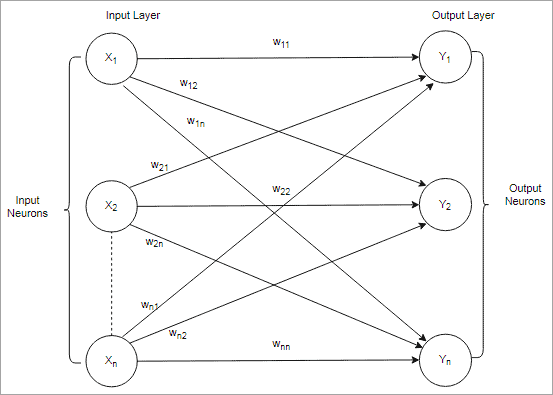 The hidden layers are not in contact with the external environment. With more number of hidden layers, the output response is more efficient. The nodes in the previous layer are connected to each node in the next layer.

As there is no output layer connected to the input or hidden layers, it forms a multi-layer feed-forward network.

#3) Single Node With Its Own Feedback

In a single layer recurrent network, the feedback network forms a closed loop. In this model, a single neuron receives feedback to itself or the other neurons in the network or both. 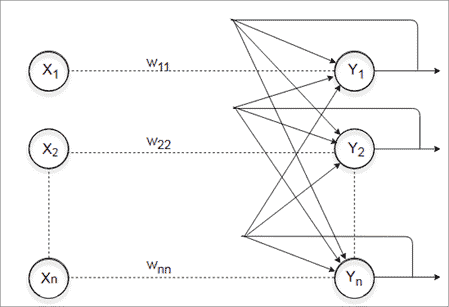 In Multi-Layer recurrent network, multiple hidden layers exist and the output is redirected back to the neurons of the previous layers and other neurons in the same layers or same neuron itself. 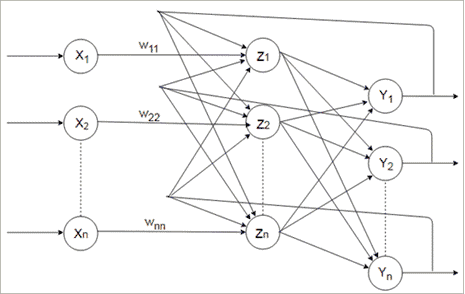 Let’s take the below network with the given input and calculate the net input neuron and obtain the output of the neuron Y with activation function as binary sigmoidal.

Comparison Between Machine Learning And ANN

Deep Learning networks contain several hidden layers between the input and the output. These networks are distinguished by the depth of the hidden layers in them. The input data passes through multiple steps before the output is shown.

These networks differ from the earlier NN such as perceptron which had a single hidden layer and was called Shallow Networks. Each hidden layer in the deep learning network trains the data with certain features based on the output of the previous layer.

The data passes through many layers of nonlinear function at the node. The more the number of layers, the more complex features can be recognized as the next layer will perform aggregation of features from the previous layers.

Multiple hidden layers in the network increase complexity and abstraction. This depth is also termed as a feature hierarchy. Due to this, deep learning networks are capable of handling high dimensional data.

Some examples of deep learning networks include clustering of millions of images based on its characteristics and similarities, filtering of email messages, applying filters to messages in CRM, identifying speech, etc.

The network learns automatically by analyzing the input through sampling and minimizing the difference in output and distribution of input. The neural network here finds correlations between the features and outcomes.

The deep learning networks trained on labeled data can be applied to unstructured data. The more the training data fed to the network, the more accurate it will become.

The ability of the network to learn from unlabeled data is an advantage over the other learning algorithms.

Neural Networks have been successfully used in a variety of solutions as shown below.

#1) Pattern Recognition: ANN is used in pattern recognition, image recognition, visualization of images, handwriting, speech, and other such tasks.

#2) Optimization Problems: Problems such as finding the shortest route, scheduling and manufacturing where problem constraints are to be satisfied and optimal solutions need to be achieved are using NNs.

#3) Forecasting: NN can predict the outcome for situations by analyzing past trends. Applications such as banking, stock market, weather forecasting use Neural Networks.

Enlisted below are some of the drawbacks of Neural Networks.

ANN falls under machine learning. It is a computational model composed of multiple neuron nodes. These nodes receive input, process the input using activation function and pass the output to the next layers.

The activation functions are used to convert the input to the output. Some of them are binary, bipolar, sigmoidal and a ramp function. There are different types of ANN such as Single-Layer Feed Forward, Multilayer Feed Forward, Recurrent networks, etc. based on the number of hidden layers and feedback mechanisms.

ANN is used in the field of forecasting, image processing, control systems, etc. These have been successfully applied as a solution to the array of problems in science.

We hope this tutorial explained everything you need to know about Artificial Neural Networks!!