Model-based testing (MBT) is a very important topic in the field of test automation which is based on the generation of the test cases from models of the tested applications. 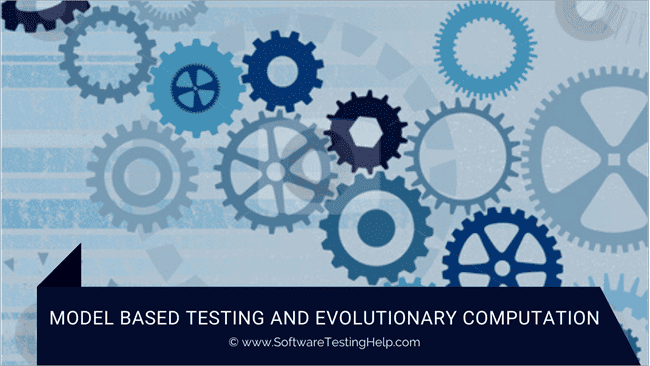 Model-based testing (MBT) is an important part of test automation. As the name suggests, used test cases are generated all or partly from a model. The model used describes some functional aspects of the tested system. The models are the expected behavior of the system under test.

Models are used to represent the testing strategy. We have to mention that for model-based testing, there are two main approaches i.e. Online MBT and Offline MBT.

Online MBT constantly executes the tests as they are generated.

Offline MBT creates a set of tests based on the requirements and executes the tests later. This approach permits the execution of the test cases in a third party system.

#1) Modeling is the stage in which we have to describe the system requirements. This description will be used for the test generator.

The model has to contain the expected output of the tested system as well. In this step, two aspects are really important i.e. Design Model and Test Model.

When we are selecting the model, some important criteria’s should be taken into account: 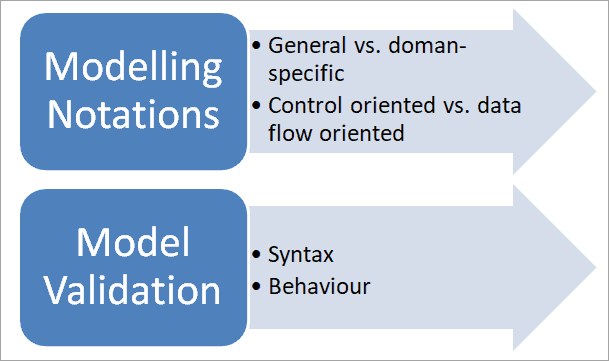 To find test cases, the system is searched for executable paths. The test case will be created from a possible execution path. This method can be used if the model is deterministic or if can the model can be transformed into a deterministic one.

#2) Test Planning: It means the definition of test selection criteria and metrics. This allows the formal representation of test case specifications, guiding the mapping of feasible test suites, etc.

#4) Test Generation: Means design as many tests as possible.

#5) Test Execution: Execute the tests and identify the differences between the existing output and expected output.

Evolutionary algorithms are using concepts from biology such as selection, reproduction, and mutation.

Here, we are mentioning three basic types of  evolutionary algorithms:

Usually, the simplest way to explain Genetic algorithms is to think that we have to solve a problem and we can consider a set of solutions for that problem. Using evolution theory and natural selection, we will have to find the best solution for the problem to be solved.

#1) Initial population: The problem starts with a set of solutions (individuals) for the problem to be solved. The population is formed by a specified number of individuals. Each individual is a solution to the problem we would like to solve.

An individual is formed by a set of parameters (variables). We are calling these parameters as genes. Genes are joined into a string to form a Chromosome (solution/individual). Usually, binary values are used (a string of 1s and 0s) to encoded genes in a chromosome.

#4) Crossover (Recombination): It is the most significant phase in a genetic algorithm. There are various types of crossover.

Generally, to obtain new offspring and insert them in the population, a crossover point is chosen at random from within the genes for each pair of parents to be mated. Based on that, 2 offspring will be generated from the 2 parents.

#5) Mutation: This is a genetic operator that is applied on a part of the new offspring formed, with a low random probability. This implies that the number of the bits within the bit string is often flipped.

#6) Termination: If the population will not produce offspring that are significantly different from the previous generation then the algorithm terminates. At this moment, we can say that the genetic algorithm has provided a set of solutions to our problem.

We are now using all the terms from genetic algorithms and we are presenting how those are used in various applications of GA for model-based testing.

To use the UML statechart diagram, let’s keep some useful terms in mind:

Let’s see how the transition coverage will work in this approach:

Next trigger is checked

Tracing for the state coverage is stopped and the state and the transition coverage are recorded without taking the rest of the sequence to consider.

We have to evaluate each chromosome.

The objective function used for evaluation is:

The algorithm can be summarized as follows:

One important aspect of model-based testing tasks is the prioritization of test case scenarios derived from an activity diagram and state chart diagram of UML. This can be done using the concept of basic information flow (IF) metric, stack, and GA.

Let’s take a look at the technique for generating test cases from state chart diagrams and nested activity diagrams.

To use an activity diagram for the test case generation, we need a different representation of the activity diagram. Thus, the diagram will be converted into a control flow graph (CFG).

In a CFG each node represents an activity and the edges of the flow graph describe the control flow of the activities.

Each node in the CFG and SDG will have assigned a weight w. For the assigned weight w, a stack memory allocation technique is used. w is based on the number of operations to access the element in the stack.

The length of the chromosome will depend on the number of decision nodes and the type of graph being used.

If the chromosomes have a high fitness value then they will be selected as the parents for the reproduction.

The fitness function is the following:

Q #1) Which is the difference between Model-based testing and other forms of testing?

Answer: MBT is a part of the software development process and not part of the independent scripting tasks.

Q #2) How will MBT facilitate work between Software Developers and Testers?

Answer: The team should think about the models. Based on the requirements they have to think about how to model the system behavior. That model will be used for testing.

Q #3) Why are we using Genetic Algorithms for Model-based testing?

The MBT is applied in various approaches of testing:

MBT and GA can be used for successfully testing web application (login, enrolment system, payment system, e-commerce system). The model is created based on the requirements and various models can be used.