When I started my software career around 20+ years back the infrastructure (Software and Hardware) for any kind of development and deployment had to be procured.

This included placing order with the vendor for servers, waiting for a certain amount of time to get the same, once delivered server space had to be reserved, installation of the server, operating system, storage configuration etc. We also had to be worried about performance, availability (24*7), maintenance, network etc.

This was too much effort involved in bringing up a server for activities of development and deployment of applications. 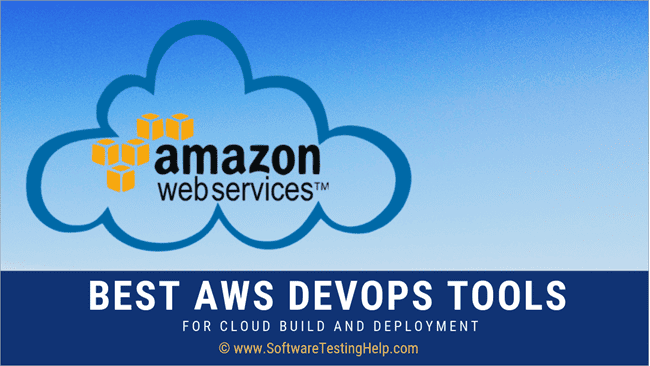 Things had to change with the evolution of Cloud Computing which means you access all your applications and databases over the internet. So Cloud Computing providers maintain all of the hardware that is needed to run your web application.

The focus for developers using Cloud-based services is only on what they need to work on our projects and not to worry about infrastructure availability. I am not getting into types of cloud computing (IaaS, PaaS, SaaS) there are tons of information available over the internet to describe what they are.

There are many cloud providers. But the 3 most popular ones that I have worked with are:

In this section, I will put my focus on tools for a pipeline, source code repository, build and deployment with Amazon Web Services. Not to forget that teams still use DevOps tools like Jenkins, Git, Maven, and others.

So it is imperative that while teams may want to move their assets and artifacts to cloud infrastructure we also need to maximize their existing investments in tools and data with integrations/migrations as far as possible.

Click here to learn about AWS and the various services for Architects, Developers, and SysOPS. We will use the free account for the tools mentioned but of course, in a production environment, you will need to procure the services for use.

From a Build and Deployment point of view, we will look at the following AWS services

AWS CodePipeline is similar to the Jenkins Pipeline which helps to have a visual view of the end to end delivery process.

So in a CodePipeline, you will typically configure the following

So if there is a code change by the developer the visual representation of Build and Deploy can be seen to be automated. 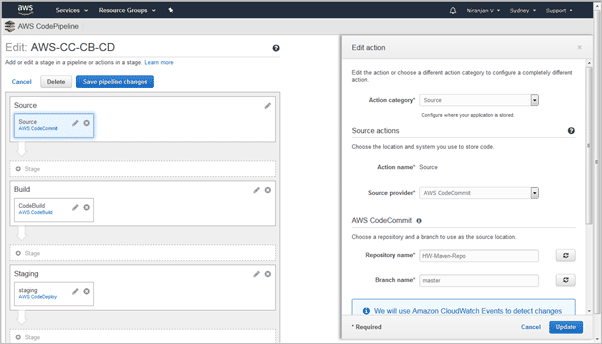 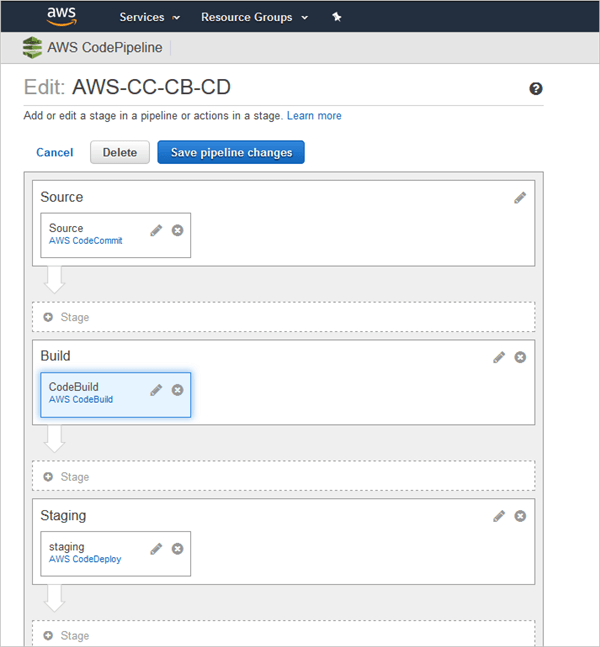 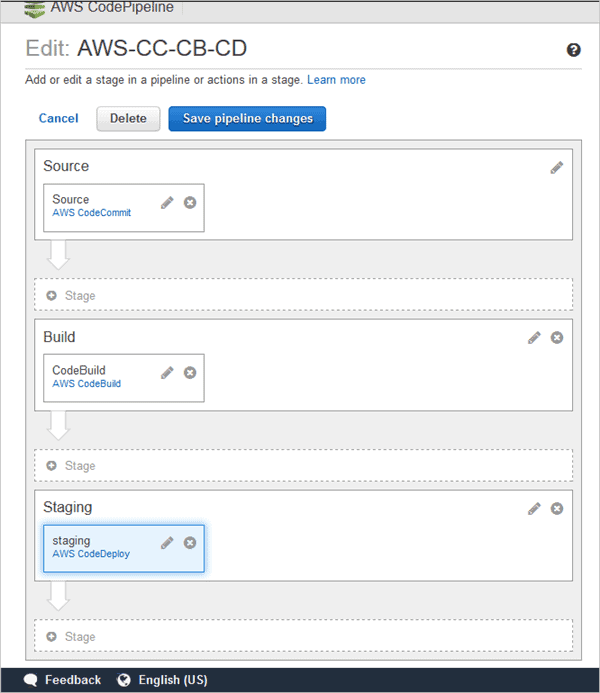 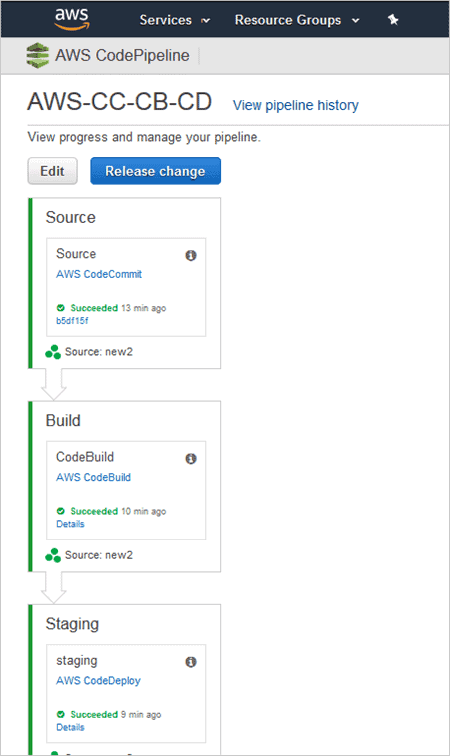 For E.g. once the AWS CodeCommit repository is cloned to local machine you would use commands like ‘git pull’, ‘git add’, ‘git commit’, ‘git push’ etc..

Clone the repository to the local machine 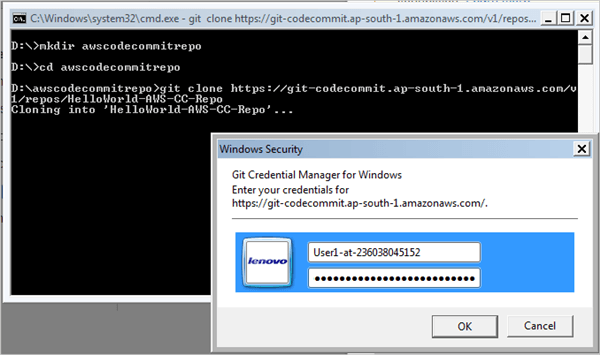 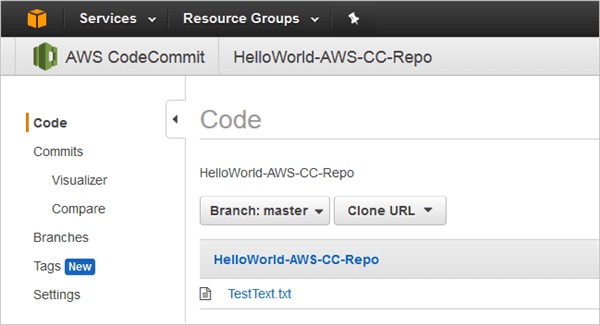 As we have seen the source code and other project artifacts are stored in AWS CodeCommit repository.

To implement Continuous Integration AWS CodeBuild like Jenkins fetches the latest changes of the source code from AWS CodeCommit or GitHub repository as configured and based on the build specification YAML file (created as buildspec.yml) the commands are run based on the four phases like Install, Pre-build, Build and Post-build.

Once the build is completed the artifacts (WAR/ZIP/JAR/EAR) are stored in the AWS Storage which is an S3 bucket. 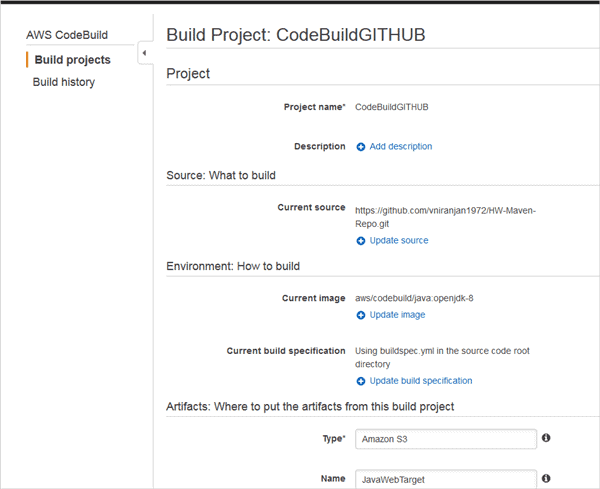 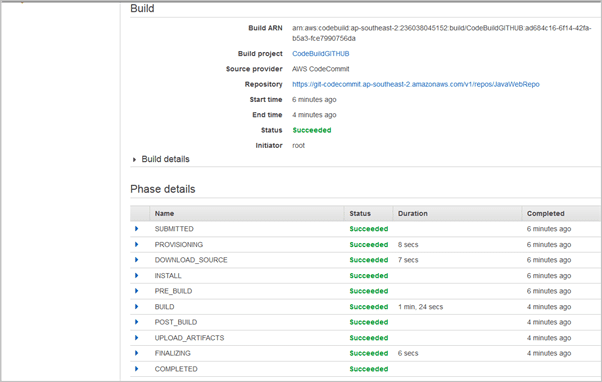 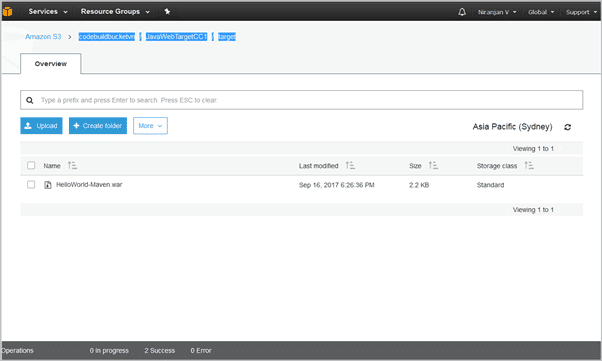 As the name suggests AWS Codedeploy is the deployment service which automates the deployment of the application (in this case WAR file) to the Amazon EC2 Linux or Windows instances.

Since we now have the artifacts stored in S3 bucket which was completed using AWS CodeBuild the artifacts are then picked up from the S3 bucket and deployed appropriately to the app server Tomcat or JBoss etc. in the AWS EC2 instance provisioning.

AWS CodeDeploy depends on a YAML file called appspec.yml which has instructions on the deployment to the EC2 instances.

Sample appspec.yml file where the index.html file is copied and deployed to the Apache server

GitHub repo of all files needed to run AWS CodeDeploy 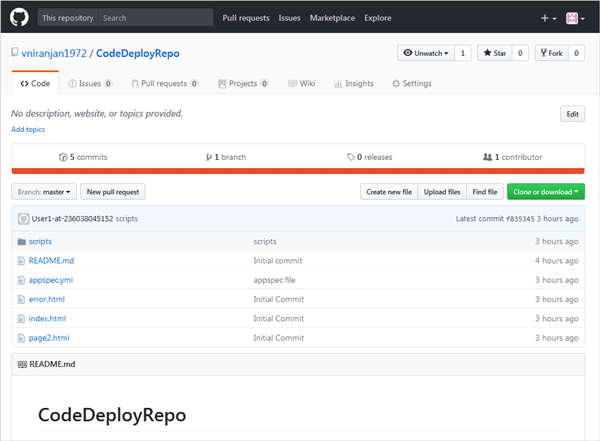 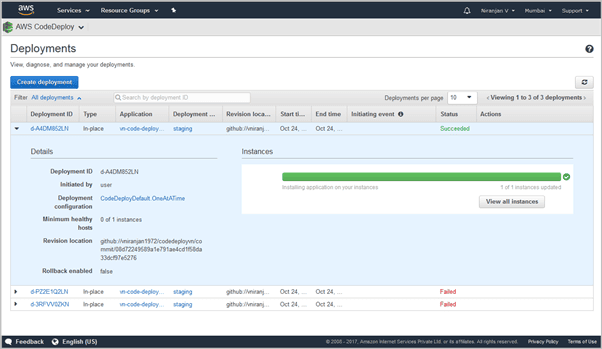 As mentioned earlier, nowadays teams are using Jenkins much as the defacto CI tool and in most case,s they would not really like to move away from it but rather integrate with the AWS services which we discussed. While there are certain procedures involved and I have shown screenshots of the integration. 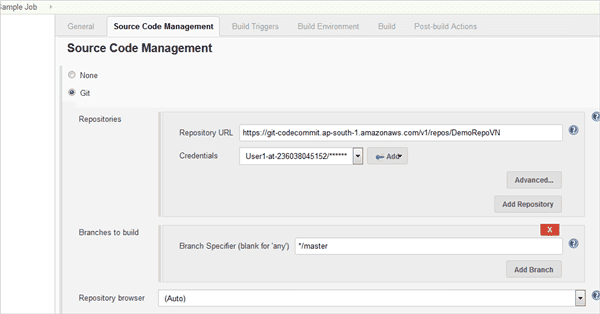 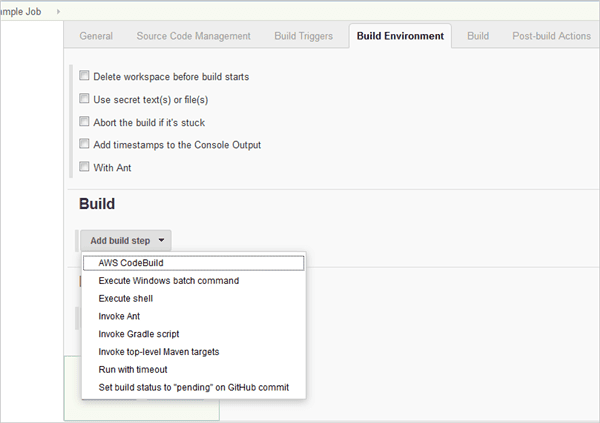 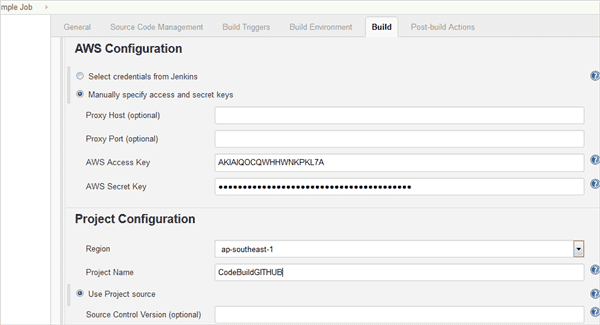 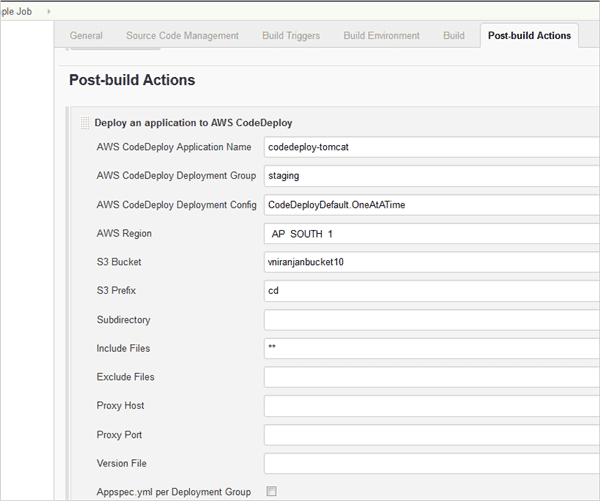 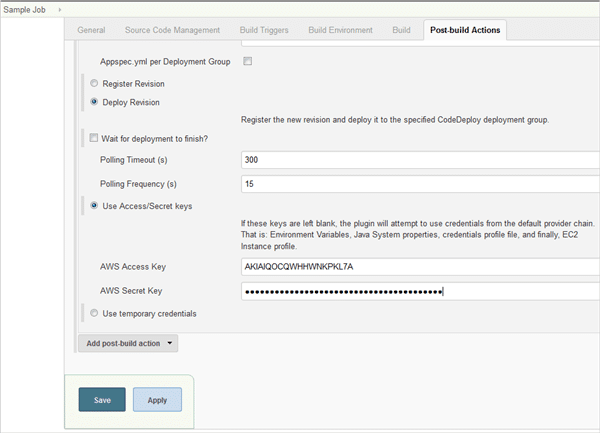 Putting it All Together for AWS DevOps Stack:

The stack looks below for the AWS services that are discussed above.

Hope this tutorial on, tools for a pipeline, source code repository, build and deployment with Amazon Web Services, was helpful to you.