In Part 1 of the AWS DevOps tools, we saw how CodeCommit service was used to store the source code in a secure online version control service which is a pre-requisite for any DevOps implementation.

In Part 2 of the series, we will learn more about how the code from the CodeCommit repository can be compiled on the cloud using the CodeBuild service and ANT or Maven build utility.

Most importantly there is no need to provide any build server. The artifacts produced are then stored in the AWS S3 bucket which is a Simple Storage Service for storing and retrieving any amount of data on the internet. These 2 activities in both the tutorials form a part of Continuous Integration.

In this tutorial, we will also see how Jenkins can be integrated with the CodeBuild.

Note: If you have used AWS region (Mumbai) for CodeCommit service then this region is not supported in the CodeBuild. You need to use the appropriate region supported and hence Singapore region is used here.

Following is the process that is followed in the build while using the CodeBuild service:

Here, we will see how to use the CodeCommit repository (refer to part 1) and maven command to build our project and store the artifact in the S3 bucket.

Login to AWS and launch the CodeBuild service. Click to create a new Build project.

Enter the details as follows:

Output files: Target/AWS-HelloWorld-1.0.0.war (This is in a format of Artifact ID-Version taken from the POM file).

Artifacts: Where to put the artifacts from this build project.

Name: HWJavaWebTarget (This will be the folder within the bucket).

Bucket name: hwcodebuildbucket (The bucket has to be created initially before running the build and must be in lowercase as per conventions).

The following 3 screenshots are from one single form to Configure the build project: 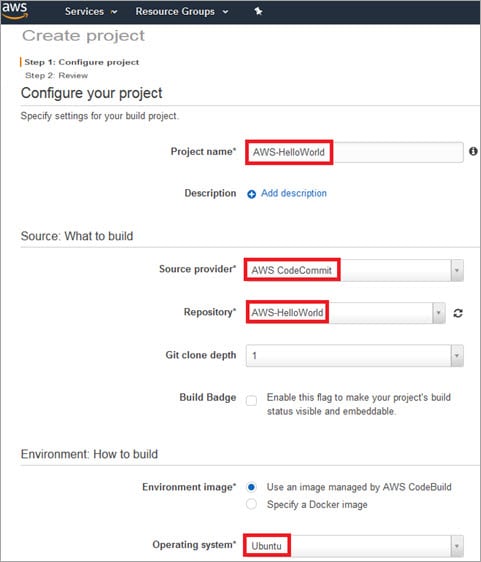 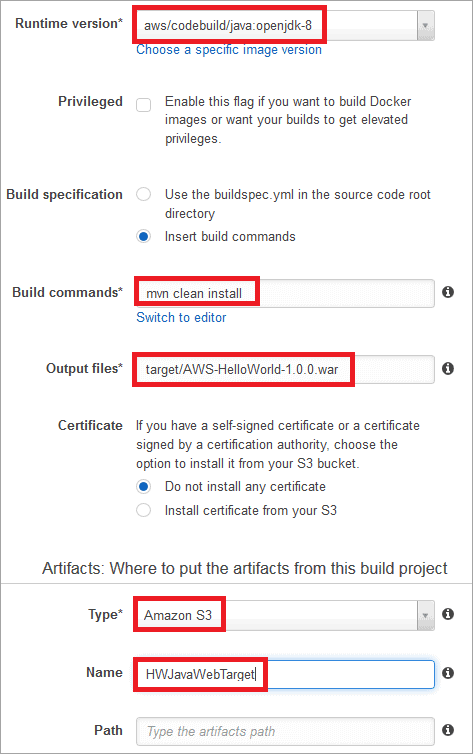 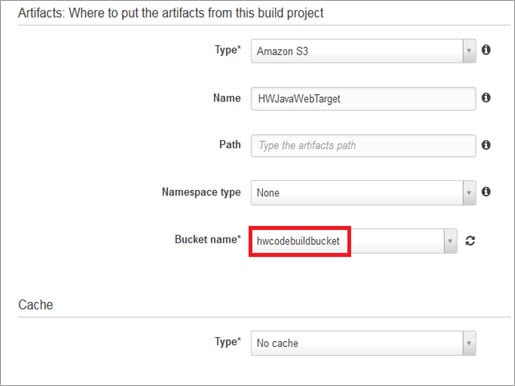 Click Continue and then Save. The build can now be triggered by clicking on the Start Build button.

Click again on the Start Build to view the progress of the execution. 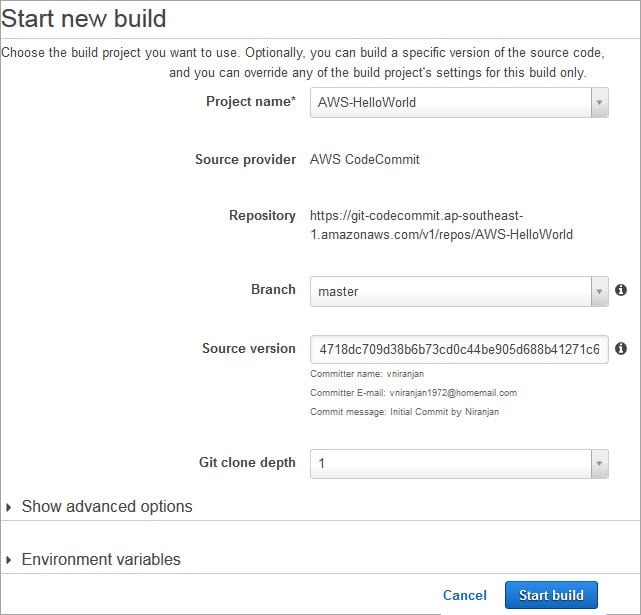 The build is now successfully completed and the artifacts are uploaded to the S3 bucket. 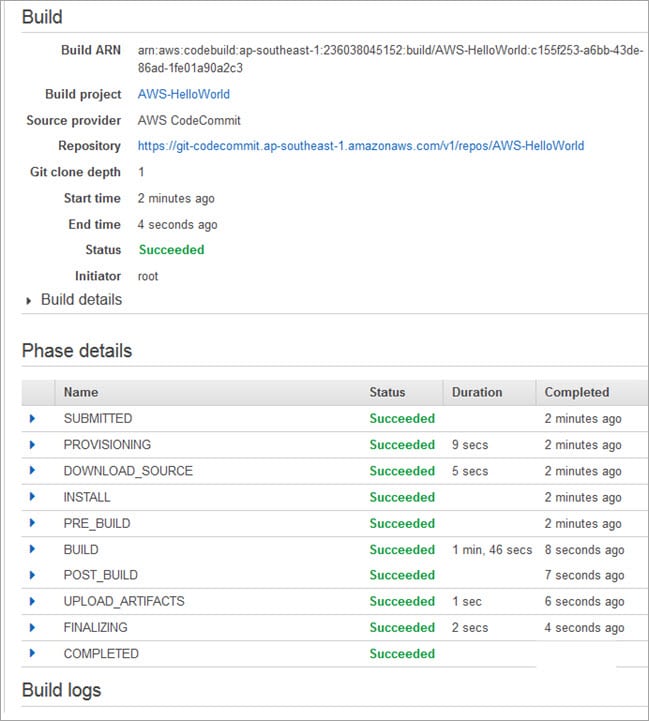 View of the S3 bucket 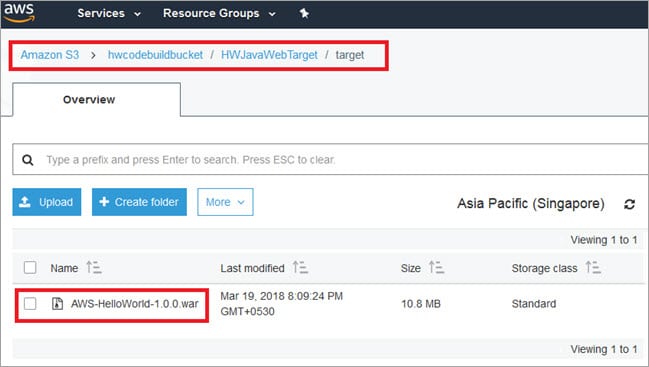 The WAR file can now be used for deployment to the appropriate application servers.

As we saw in the tutorial #1 of this series on how Jenkins was configured with CodeCommit repository for enabling the Continuous Integration activity. As the version control repository is configured, you can now trigger a build by integrating the CodeBuild with the same Jenkins build job.

The AWS CodeBuild plugin to Jenkins needs to be installed for integration. You can download and install it from here.

Use Jenkins => Manage Plugins to install the plugin.

Select the AWS CodeBuild as the Build Environment and select the appropriate CodeBuild project configured in the AWS as shown below. The IAM user Access keys and Secret keys will also need to be entered as a part of the configuration.

The key point that needs to be remembered here is that the build has not been triggered on the on-premise environments but is done on the cloud. So there is no need to provision any build servers. 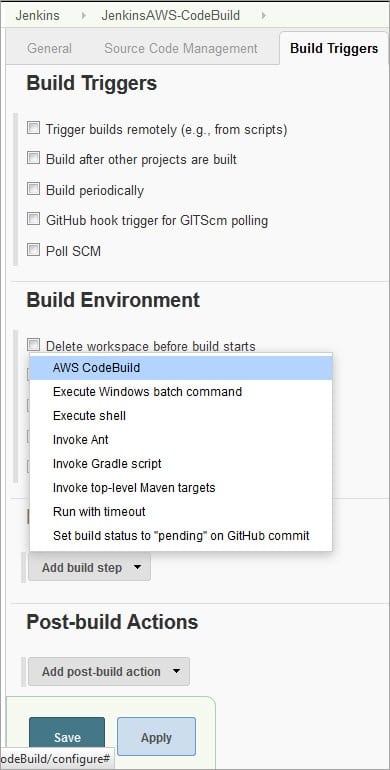 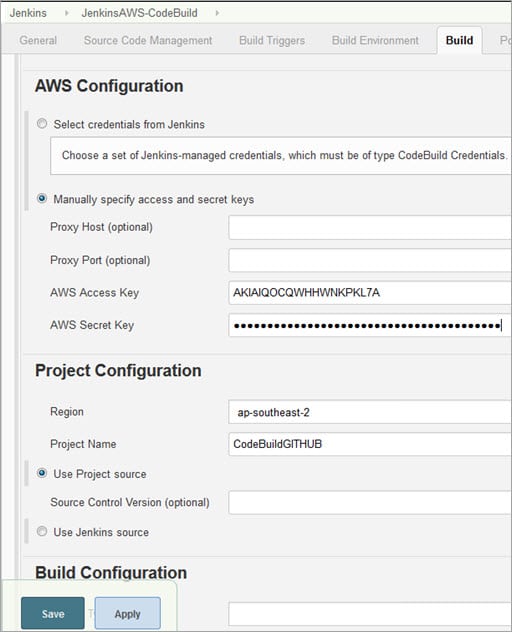 Through this tutorial, we came to know how the CodeCommit repository can be used to pull the code and perform a Maven build using the CodeBuild service.

The build can be triggered by Jenkins as well. The artifact generated, which is primarily a WAR file, is then stored in the AWS S3 bucket.

In our upcoming tutorial, we will see how the WAR file from the S3 bucket can be used to deploy the Tomcat application server using the AWS CodeDeploy service.