How to Develop Collaboration in DevOps Teams:

Certain practices of DevOps facilitates the team to develop the mindset of collaboration amongst the team. 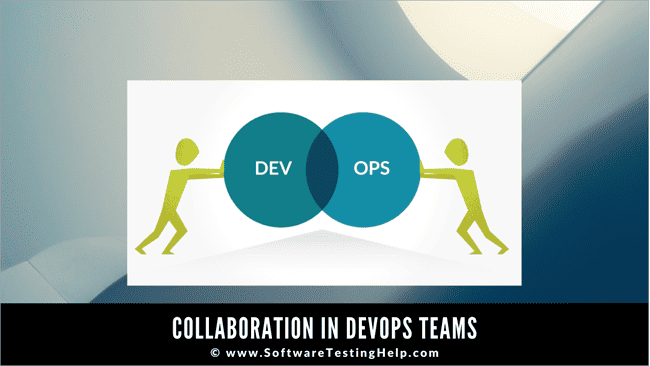 So, the real value of DevOps is to,

So, collaboration is not only between Development and Operations but also with all the stakeholders of the program is the key need of DevOps practice.

Few cultural aspects which help to achieve collaboration in the team are the following which we studied in our earlier block.

These were the few aspects which helped in achieving the collaboration within the team.

In addition to these practicing few of the DevOps practices which we already spoke about, establishing common thinking in the team, focus and clear understanding will enable the team to collaborate with each other.

Use version control for all the program artifacts which undergo changes, ensure that a single version control tool is used across the team which enables the collaboration and helps in transparency as well which we also mentioned earlier.

So, now with the introduction of same version control tool for both development and operations, there is a transparency in whatever each team is doing and hence there establishes a collaboration.

Earlier in some situations, the operations team used to feel that they are highly skilled and intelligent than the developers and used to act smart and boss over the rest of the team and make the Development team feel inferior.

Now that there is enough transparency because of DevOps practices and there is a lot of collaboration between the teams.

Now, even the development team knows what is happening in each of the production sites and how it looks like and what are the specific differences from one site to another site and how they need to take care while coding and testing. So, in this context being transparent is collaboration.

Inculcate ‘Automate everything’ mindset in the team which helps in collaboration.

This is also a point of collaboration that the team would consider and help each other in automating and reducing the dependencies. For Example, automation of software installation process by the development team helps Operations team in saving a lot of time in installation.

Similarly, the operations team automating environment is set up as an automated script and lets the development team to automatically set up an environment, whenever they want.

Induce the production mindset amongst both the teams.

Ultimately the development team also has realized that there is a value to their work, effort spent and software that they have built over a period of time, only when it is in the production and being consumed by the users. So, same thinking, same goal for both the teams is a collaboration.

Also, participating in tracking the root cause of the issues in the production is a collaboration.

When there is a common single goal in the mind of everyone, Production first, instead of just focusing on their individual tasks, it is a union, and hence it is a collaboration.

Development and operations together are monitoring live.

Developers were earlier never worried about the importance of performance monitoring in live and impact and the urge of addressing those issues quickly. Now in the DevOps practice, because of the collaboration, having known these problems, developers actively participate in providing the quick resolution to the production issues.

With this understanding of the importance of performance monitoring and the critical criticality of live issues, the developers also gained knowledge on what is really expected in production and how to smartly focus on that in preventing them than fixing it later.

So, the development team knowing about various production sites and their status is helping them to resolve the issues quite fast and also helps them in contributing towards providing valuable suggestions.

Thus, the development and operations together monitoring the live is a very good instance of collaboration.

I also mentioned earlier that collaboration is just among the development and the operations in the DevOps practice but also amongst the other stakeholders like sponsors, business analysts, end users etc., then what does this collaboration mean?

This is also the same as that of the DevOps collaboration concept like working together with them throughout, with constant interaction, understanding each other’s problem and exhibiting all these aspects of support is a collaboration.

Well, these are the few instances of exhibiting collaboration, which is not really about any tools, technology, and processes in the program but mainly about people, their mindset, their thinking, and the culture that they develop which greatly influences the delivery.

So, in total, when people start working together and collaborating, amazing things will happen and anything can be achieved in a group with a common goal and collaboration.

We have learned the key four practices of the agile manifesto, that are adopted by the DevOps practices.

And How are these objectives, how are the objectives of DevOps achieved through these principles?

We have studied the role and importance of few key elements of DevOps like Version control, Automation, and delivery of small increments of value to customers.

And also, What is actually collaboration in the context of DevOps and how do we achieve collaboration between development and operations?

With this we complete Part2 of this learning module, demystifying DevOps.

In the next part, lets study about the role and importance of few more key elements of DevOps that’s continuous integration, continuous testing, and continuous deployment which in short is called CI, CD in DevOps terms.