What is Continuous Deployment in DevOps?

Our previous tutorial in this series explained the meaning of Continuous Delivery. 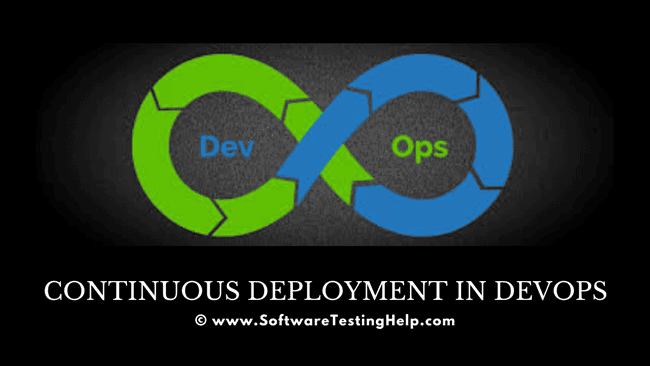 So, Continuous Deployment need not be a ‘Release to Production’. But the code is deployed to the production and kept under mute using ‘Feature Toggles’ and when it is ready, the Feature toggle will be turned on.

This option also allows turning on the feature to a certain set of users or certain geography or a certain customer site or even for internal employees for initial evaluation and feedback.

Just before the previous video, we learned about the continuous delivery approach and its benefits.

Here, I wish to introduce another term of DevOps, that is, continuous Deployment, which should not be confused with continuous delivery because the short form of both is CD.

It is an automated deployment pipeline with both automated and manual gates in between.

Continuous deployment is also a continuous delivery pipeline but without any manual gates in between. I mean, no manual gates or no manual intervention, from the initial code commit till the code is into the production.

This picture will explain you the continuous deployment pipeline.

As you see in this diagram, it is same as a continuous delivery pipeline, there will be a build trigger followed by a code check-in, automated compilation, build, unit tests, deployment and other automates tests till the ‘deployment to the production’.

Here I won’t call this as ‘Release to production’ but deployment to production, which I’ll explain in a little while.

So, there are no manual testing phases or manual approval gates or in other words no manual intervention at all.

This happens mainly in a matured organization and in case of delivery or updates of matured products, where DevOps practices are established very well and hence just automated delivery pipeline is sufficient enough to take care of quality and no manual testing and quality gates are required.

And this feature can be opened up in production during wee hours or sleeping hours and safely be turned on to the end users later during the day, after ensuring that it is working fine.

Basically, it’s like deploying the code/feature to the production, but not running the code until it is the right time or the team makes a decision to release the code or feature.

This option also allows turning on the feature to a certain set of users or certain geography or certain customer site or even for internal employees for initial evaluation and feedback.