This In-depth Tutorial Explains How to Get Started with REST API Testing With Spring RestTemplate And TestNG With Simple Examples:

In this article, we will see how to get started with REST API Testing with RestTemplate and TestNG framework.

Before exploring REST API Testing with RestTemplate and TestNG framework, let us understand some of the basic concepts involved in it. 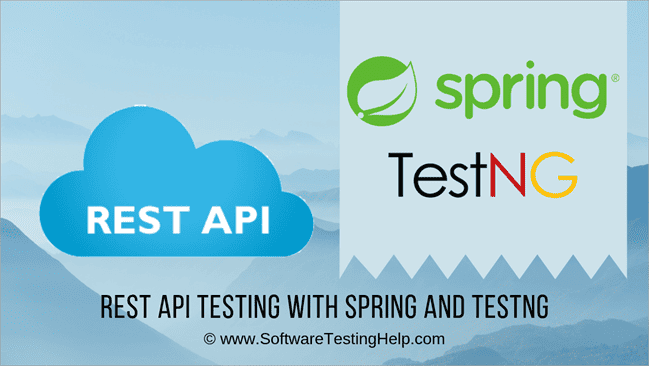 The term “Representational state transfer” was first put forward by Roy Fielding in his Ph.D. dissertation in the year 2000. The basic idea of REST is to treat server-side objects as resources that can be created or deleted.

JSON i.e. JavaScript Object Notation is a very commonly used syntax in REST services for storing and exchanging data between the browser and server.

What Is REST API Testing?

TestNG is a testing framework that is inspired by JUnit and NUnit. It’s for the Java programming language. TestNG covers a wider range of test categories like unit, functional, end-to-end, integration, etc.

It’s an open-source framework that comes under the Apache License. It provides a rich set of annotations that accelerate the test script development.

What Is Spring REST Template?

Let us understand the steps that are usually followed in REST API Testing with some examples to get a clear understanding.

In this article, I have considered one sample REST API employee service from this source.

#1) First, know the endpoint of the API that you want to access.

For Example, http://dummy.restapiexample.com/api/v1/create to Create a new employee resource

#2) Set Headers and Body if required for the HTTP method.

In our example, as we are trying to create a new resource using POST. For POST, a request body is required.

So we will set the body as follows:

#3) Set the appropriate HTTP method i.e. POST in this case.

#4) Send a request to the Rest service server.

#5) Receive a response from the server. 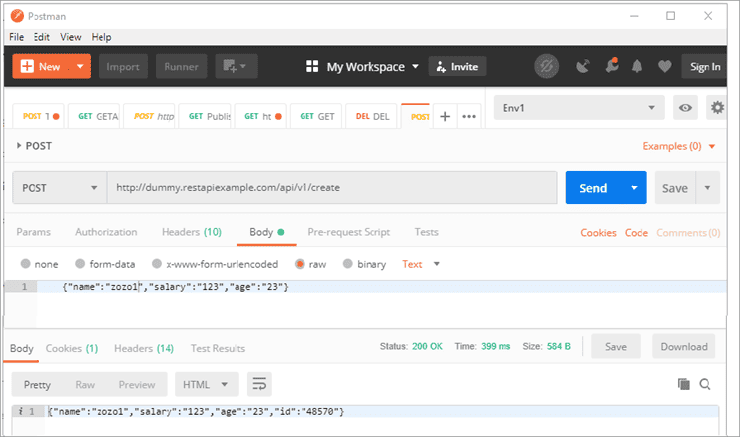 #7) Verify the Response Body as expected if required by comparing it with your benchmark file.

Now, we have to automate the same steps for our Test Automation suite. Let us start with the setup required for automation. 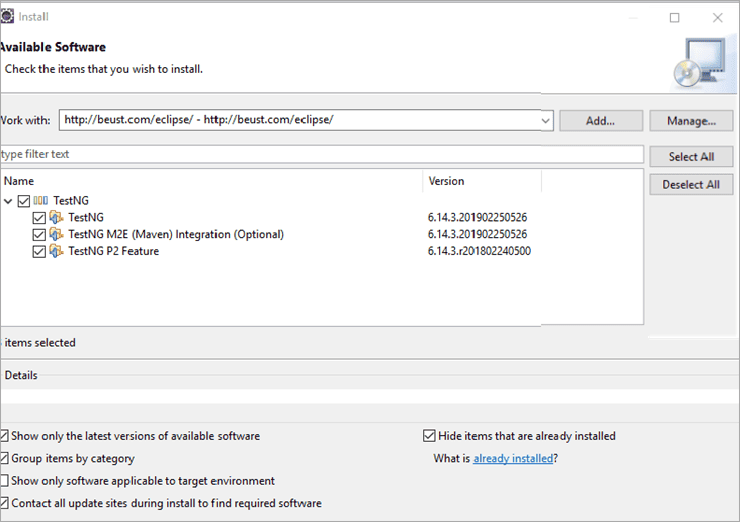 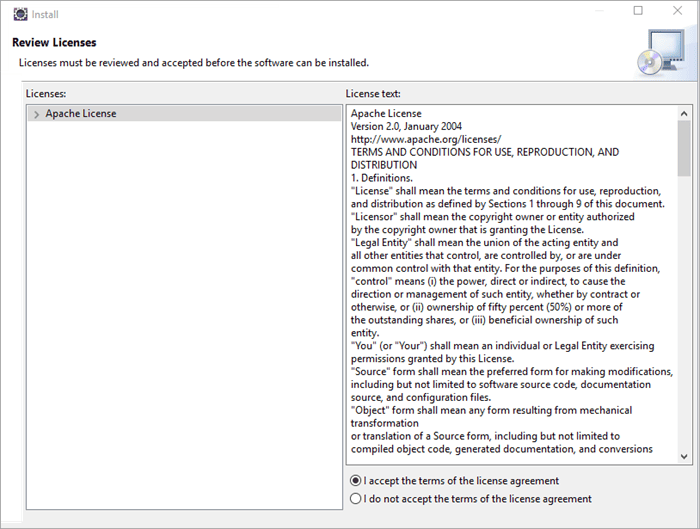 Finally, accept the Apache License Agreement and click on the Finish button to complete the installation.

Restart Eclipse to take the plug-in installation in effect.

Now we have completed the necessary installations. So, let us create our Test Automation project.

Your project structure will be displayed as follows in the Eclipse Package Explorer now. 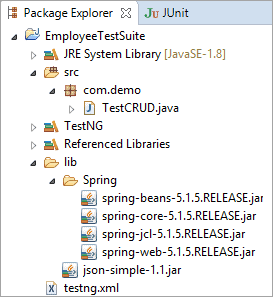 We need to create a Test class which can cover CRUD (Create-Read-Update-Delete) Operations.

For Example, the following is the addEmployee test method.

In our example, I have used a sample REST Service.

Now let us automate the POST call. For that, we need to map our code with the steps that we followed manually in the ‘REST API Testing Steps’ section one by one.

#1) First, know the endpoint of the API which you want to access.

#2) Set Headers for the HTTP method.

Set Body for the HTTP method.

//Create a HttpEntity object by setting body and headers.

We will have the following steps automated in one statement.

#3) Set the appropriate HTTP method i.e. POST in this case.

#4) Send a request to the RESTful service server.

#5) Receive a response from the server.

We are using postForEntity to send the POST method to the server. We receive the response from the server ResponseEntity<String> object.

Here, we are using the Assert tool class of TestNG to verify the status code assertEquals method that compares the actual value i.e. response.getStatusCode(), with the expected value HttpStatus.OK.

But here, we are doing one more verification i.e. Verifying if the added Employee is present in the response body or not.

How did we get the employeeId?

For this, we are taking the help of JSON parser API i.e. Json-simple.

We are using JSON parser, as JSON format is used for store and exchanging the data between the client and our server in our employee REST service. As mentioned earlier, JSON data is stored in key: value format. Here, we want to get the “id” value.

We will be getting it by parsing the response body as follows:

So, this is all about the Create method test.

Update, Get And Delete Methods

You can use the following methods:

#1) Update Employee: It is the HTTP PUT request. The RestTemplate PUT method that you can use is:

#2) Get Employee: It is the HTTP GET request. The RestTemplate GET method that you can use is as follows:

#3) Delete Employee Resource: It is the HTTP DELETE request. The RestTemplate DELETE method that you can use is:

Apart from these methods, there are exchange() and execute() useful methods.

For Example, if you notice, the Delete method is void. But if you want to verify the response body, then you would need a response back from the method execution. For that purpose, you can use exchange () method that returns ResponseEntity. Refer to the Spring framework for more details.

Now, we have completed our test script development task, so let’s run our tests. Just right-click on TestCRUD.java and select the option ‘Run as TestNG Test’.

This will display test execution results as follows. 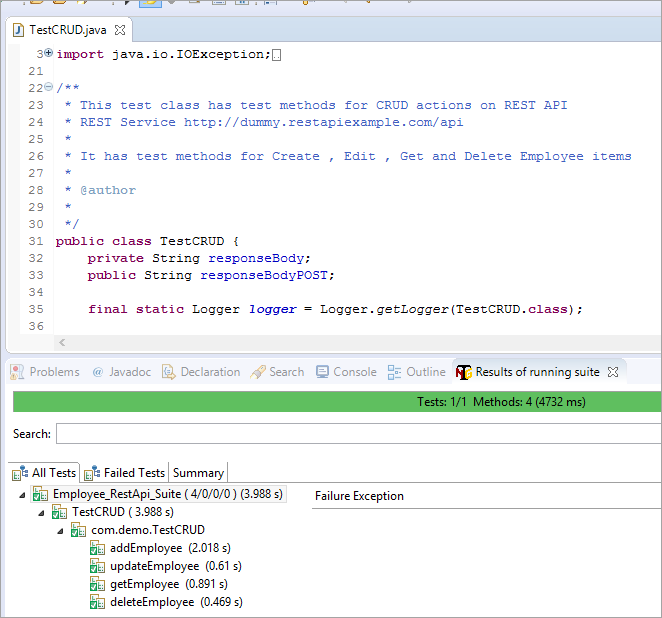 Note: You can define your test suite in testng.xml file as well. In our example, it’s only One Test Script. But in the real scenario, it’s always a collection of multiple scripts.

So your testg.xml file will look as follows:

We have seen the result on the console. But TestNG provides test results in a more presentable html format which can be shared with your stakeholders. Open test-output-> emailable-report.html in the browser.

You will see the test report as follows. In the report page, you can see the Test name as TestCRUD, several passed tests i.e. 4, Number of Skipped and Failed which are 0 in this case. It also shows the total time required for each test method execution. 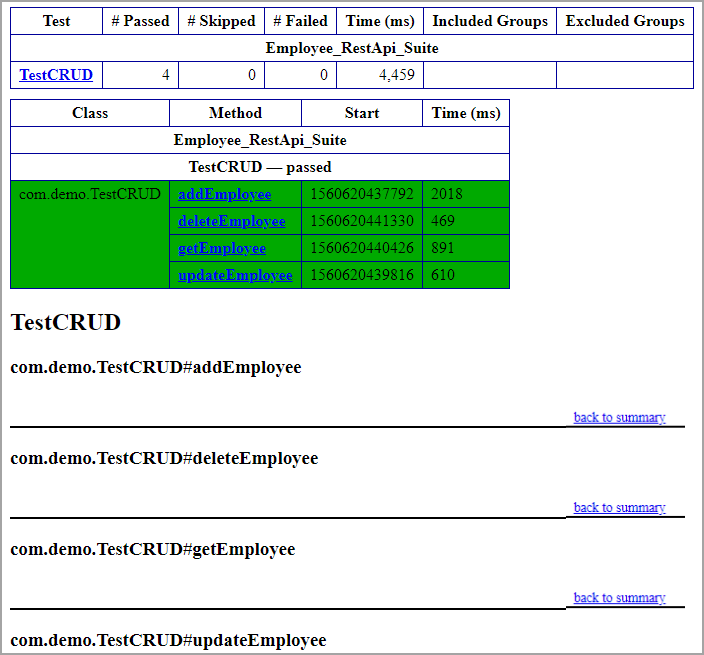 We have summarized the learning outcome of this article below. We saw all the steps from the beginning to set up a REST API Test Automation Framework.

In this we learned the following:

In a nutshell, in this article, we learned how to get started with REST API Test automation with Spring RestTemplate. We covered setting up our test automation framework starting from Installation of all essential software, Project Setup, Test Script development till Test execution and viewing the generated reports.

This is fairly sufficient for any automation QA to get started with your test automation framework. But, we have seen only the required parts from each, For Example, we have used TestNG installation, test method using @Test annotation, reports. However, TestNG provides many more features like DataProvider for Data-driven testing, etc.

Are you ready to get started with REST API Test automation with Spring RestTemplate?