Comprehensive Review of WinRunner Automation Tool along with Frequently Asked Questions and Answers to Prepare for the Upcoming Interview.

This is a part of the post, “WinRunner Interview Questions and Answers series”.

Here are some important WinRunner interview questions that are frequently asked during the Automation Testing interview. If you are unclear of any answer, you can ask us for clarification in the comment section.

This WinRunner tutorial posting series is part of the Testing Interview preparation series to help you in your preparation. 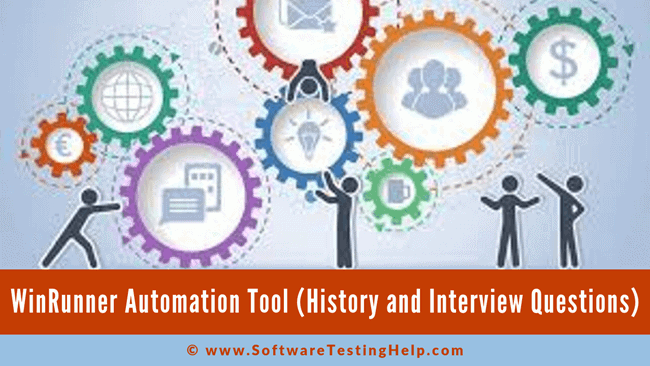 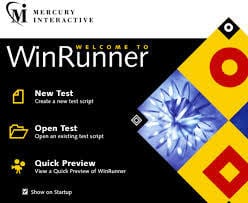 Given below are a few questions and answers to help you with WinRunner Automation tool preparation.

Q #1) How do you analyze Test results in the WinRunner tool and report the defects?

Answer: When you finish any test in WinRunner, it displays the results in a report format.

The report logs general information about the test run i.e. date, operator mode and total run time. Also, the report details include all the major events that occurred during the run, such as checkpoints, error messages, system messages, or user messages.

A mismatch can be found in the report panel by comparing the Actual result and the Expected result. If a test run fails due to a defect in the application being tested, you can report information about the defect directly from the Test Results window.

This information is sent via e-mail to the Quality Assurance Manager, who tracks the defect until it is fixed.

Q #2) What is the use of the Test Director Testing Tool?

With TestDirector, you can create a database of manual and automated tests, build test cycles, run tests, and report and track defects. You can also create reports and graphs to help in reviewing the progress of planning tests, running tests, and tracking defects before a software release.

Q #3) How to integrate Automated Scripts from TestDirector to WinRunner Scripts?

Answer: When you work with WinRunner to create any test script, you have the option to save it directly to the Test Director test repository.

Or while creating a test case in TestDirector we can specify whether the script is automated or manual.

If it is an automated script, then TestDirector will build a skeleton for the script like TSL (Test Script Language) of WinRunner that can be later modified into one which could be used to test the application.

Q #4) What are the different Modes of Recording in WinRunner?

Answer: There are two types of Recording in WinRunner:

Q #5) What is the purpose of loading WinRunner Add-Ins?

Answer: Add-Ins are used in WinRunner to load functions specific to a particular add-in to the memory. While creating a script, only those functions in the add-in that are selected will be listed in the function generator.

While executing the script only those functions which are in the loaded add-in will be executed, else WinRunner will give an error message saying it does not recognize the function.

Q #6) What are the reasons that WinRunner fails to identify in the GUI object?

Answer: WinRunner fails to identify an object in a GUI due to various reasons. A few of them are enlisted below.

Q #7) What do you mean by the Logical name of the object?

Answer: When you click an object, WinRunner assigns the object a Logical name, which is usually the object’s text label. Logical names make it easy for you to read the test script.

For example, when you have selected the Order No. checkbox, WinRunner has recorded the following statement in WinRunner TSL:
button_set (“Order No.”, ON);
“Order No.” is the object’s logical name.

Q #8) If the object does not have a name then what will be the Logical name?

Answer: If the object does not have a name then the logical name could be the attached text.

Q #9) What is the difference between GUI map and GUI map files?

GUI Map file is a file that contains windows and objects learned by WinRunner with their logical name and physical description.

Most of the questions are based on Test Script Language (TSL), recording scripts in WinRunner and introduction to some important basic as well as mostly used WinRunner commands.

Q #1) What is the purpose of set_window command?

Here,
The set_window statement indicates that the Print window is the active window.
The OK button is learned within the context of this window.

Q #2) Why don’t we normally load the GUI maps through startup scripts?

Answer: We do not normally load GUI maps through startup scripts such as:

You can also use GUI_unload and GUI_unload_all functions to unload all the loaded GUI map files.

Answer: When we load a GUI Map file, the information about the windows and the objects with their logical names and physical descriptions are loaded into memory.

So when WinRunner executes a script on a particular window, it can identify the objects using this information loaded in the memory.

Q #5) How do you copy and move objects between different GUI map files?

The steps to be followed are:

Answer: GUI map can be configured as:

You can choose to view all the properties of an object or only the selected set of properties that WinRunner learns.

Q #8 ) Explain the purpose of the different record methods

Q #9) What are virtual objects and how do you learn them?

Answer: You can teach WinRunner to recognize any bitmap in a window as a GUI object by defining the bitmap as a virtual object.

You can create virtual push-buttons, radio buttons, check buttons, lists, or tables, according to the bitmap’s behavior in your application. If none of these are suitable, you can map a virtual object to the general object class.

Q #10) What is the use of Virtual Object Wizard and how is it used?

Answer: The below steps are followed to define a virtual object using the Virtual Object Wizard:

Q #11) What are the modes of script recording in WinRunner?

Answer: There are 2 modes of recording in WinRunner.

Q #12) What is a Checkpoint and what are the different types of Checkpoints?

Answer: Checkpoints allow you to compare the current behavior of the application being tested to its behavior in an earlier version.

You can add four types of checkpoints to your test scripts:

Here is a list of some of the frequently asked WinRunner interview questions with answers.

Q #13) How have you used WinRunner in your project?

Answer: Yes, I have been using WinRunner to create automated scripts for GUI, Functional and Regression Testing of the AUT.

Answer: WinRunner stores information it learns about a window or object in a GUI Map.

When WinRunner runs a test, it uses the GUI map to locate objects. It reads an object’s description in the GUI map and then looks for an object with the same properties in the application being tested. Each of these objects in the GUI Map file will have a logical name and a physical description.

There are 2 types of GUI Map files:

Q #16) How does WinRunner recognize objects on the application?

Answer: Yes, I have created test scripts. It contains the statement in Mercury Interactive’s Test Script Language (TSL). These statements appear as a test script in the test window.

You can then enhance your recorded test script, either by typing in additional TSL functions and programming elements or by using WinRunner’s visual programming tool, the Function Generator.

Answer: Following each test run, WinRunner displays the results in a report. The report details all the major events that occurred during the run, such as checkpoints, error messages, system messages, or user messages.

If mismatches are detected at checkpoints during the test run, you can view the expected results and the actual results from the Test Results window.

Q #19) Have you performed debugging of the scripts?

Answer: Yes, I have performed debugging of scripts. We can debug the script by executing the script in debug mode. We can also debug scripts using the Step, Step Into, Step out functionalities provided by the WinRunner.

Answer: We run tests in Verify mode to test your application. Each time WinRunner encounters a checkpoint in the test script, it compares the current data of the application being tested to the expected data captured earlier.

If any mismatches are found, then WinRunner captures them as actual results.

Screening questions: Interviewer can Reject the candidate if he/she is not able to answer 2 questions out of the following 4 questions:

Q #21) Where did you learn WinRunner and TestDirector?

Answer: If they say it was in a mercury class, ask if they can show you their certificate of completion. If they say no, let them know you will verify it with Mercury.

Q #22) Have you ever created a start-up script?

Answer: If they answer “yes”, ask them what was in it and how they got WR to execute the start-up script when WR is invoked.

They should answer something like this, “In the start-up script, we loaded all the GUI maps for the application, any library files we needed, and any custom GUI object mapping we have to do.

We have also loaded global variables and system variables here. The startup script location is added to the WR .ini file, wrun.ini located under windows or WinNT directory as wrun.ini”

Q #23) What is the difference between writing a function and writing a script?

Answer: Differences are enlisted below:

The win_activate function makes the specified window the active window by bringing it into focus and raising it to the top of the display. (This is equivalent to clicking on the window banner)

The set_window function directs input to the correct application window. This will direct the GUI map to this window. It also sets the scope for object identification in the GUI map.

The most important difference is that set_window has a timing option. WinRunner will wait for the maximum number used in the function, PLUS the system will set a timeout and wait for the window to appear.

Win_activate assumes the window is already on the desktop and has no timing option.

These are some simple questions that should be very easy for a WR user who has at least 6 months of good experience to answer.