There are many websites and applications that we often use. While we use them, we probably do not pay a lot of attention on how the website came to be its current version- on the other hand, if something does not seem right, we probably will never visit the site/app back again.

The question is – What does it take to get “it” right?

The “it” most often is the functionality – which we have rock solid QA processes to test and evaluate. But the “it” also consists of design, a combination of elements, placement of contents on a page, sometimes even color, orientation etc. that play a prominent role in the overall acceptance of the product by its end user.

A branch of testing that can help a great deal in this area is the Multivariate Testing and A/B testing. 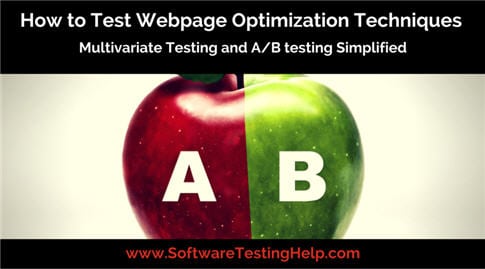 In today’s article, we will discuss Multivariate (MVT) testing and A/B testing types in detail.

Both these are targeted at web page optimization and improving conversion rate (the rate at which visitors becomes customers or returning visitors- in turn, business) for a website.

What is Multivariate Testing?

Let us begin with an Example.

If a certain website is working on designing/redesigning/determining the effectiveness of a page that should have an image and the corresponding text- After careful consideration and deliberation if the company shortlists the following two images and two sentences- the possible combinations of them could be as follows: 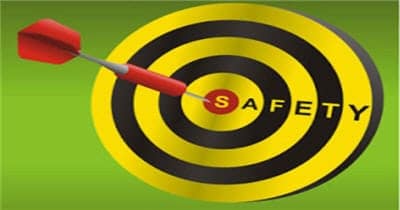 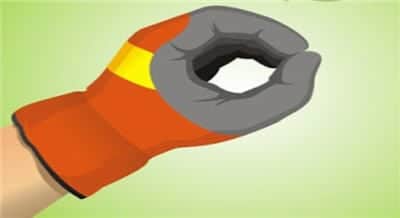 3) Headline/Sentence 1: “The Goal Must be ZERO Accidents” 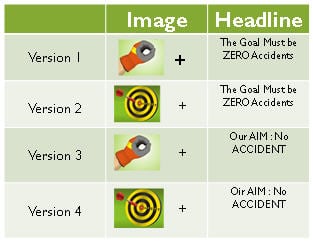 In the above example, we have tested variations to the combinations of the fields to see which one is a good fit. Simply put, that right there is Multivariate testing.

More technically and specifically, the below formula is used to determine the no. of possible combinations that are required to test the different combinations and that is:

Thus as per the formula, there is a total of 4 combinations of the variations to be tested concurrently to find the best variation combination.

This entire process of continuous multivariate testing, improving design based on the results obtained, and achieving the business goals due to that (Example: longer engagement time for a user on a certain page) is called Landing Page Optimization – whose goal is to bring more users and keep them engaged on a certain page.

This process largely involves testing with multiple variations, gathering statistics and making changes based on the values/results obtained.

This plays a crucial role in internet marketing strategy.

Based on the distribution of traffic to multiple variation versions, there are multiple types of Multivariate testing that can be performed:

It is the most preferred form of MVT testing in which every possible element variation combination is tested equally by diverting website traffic to it until a winner is found. All possible combinations are given an equal probability. The best thing about this method is that there are no assumptions and it is based on hard numbers/statistics which makes it very reliable and most recommended.

The only demerit is the traffic. With the increase in the number of various combinations, a lot of website traffic is required to analyze the data and decide the winner.

b) Fractional or Partial Factorial Testing:

As the name indicates only a fraction of all variation combination versions is exposed to website traffic. Static mathematical calculations and analysis are done for the rest of the combinations to find the best conversion rate.

Taguchi Method is the most popular method for fractional factorial multivariate testing. This method gives a less accurate result as only a sample of the variations is tested and not all. Although this method takes less time to analyze the winner, the result can never be considered as accurate as it can be in case of Full Factorial testing.

This is a new approach to Multivariate testing. In this case, the real-time response of the visitors on the webpage is analyzed to determine the best variation combination version.

This method uncovers the interaction effects, say how people create tradeoff from the perspective of a purchase decision. It is a complex technique which systematically varies the attributes or content elements.

This method includes iterations and wave of testing. In addition to a testing the maximum number of creative variations in minimum time, it also permits marketers to consider relationships, interactions, and limitations across content elements of a website or app. This helps in finding the optimal solution.

Let us move further to an important question: Can Web marketing be optimized by Multivariate testing?

The answer is a resounding “Yes”. 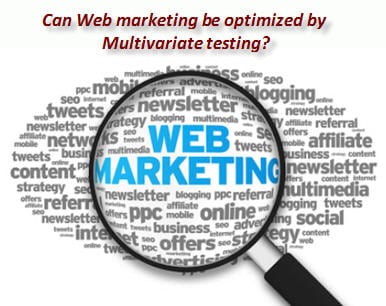 Using Multivariate testing we can clearly determine what should be implemented and what is to be avoided. Everything is focused on the visitor’s experience.

The following aspects are considered when Multivariate testing is to be carried out:

#1. The prerequisite for Multivariate testing is to: Define marketing objectives or examine goals for the website. The below are a few examples:

#2. Only those things should be tested that truly target the marketing objectives of the organization.

#3. Choose only those elements that will accurately measure the marketing objectives.

How to do Multivariate Testing

The first step is identifying the issue. This gives you the scope of improvement for your website or app. For example, the problem can be anything like why the website visitors are not clicking on the download button.

Make a hypothesis for improving the webpage. For, example, the hypothesis can be that customers are not clicking the download button because its visibility is not appealing. So, by making it appealing, there would be increased downloads.

Select the factors and create variations. Suppose the two factors are ‘Download’ heading and ‘PDF producer’ link. As an example, we have below 12 variations:

Find out how many visitors are required on each page, how long you need to run the test, how many variations you are having and the statistical significance.

Test everything (mainly, is your web page/ app working fine) before you start running the test so that nothing venoms your test results.

Start driving the traffic to your variations.

After executing the test for the significant amount of time, you get the results to analyze. An example is shown below:

The ones which are having 95% or more confidence level are statistically significant results. 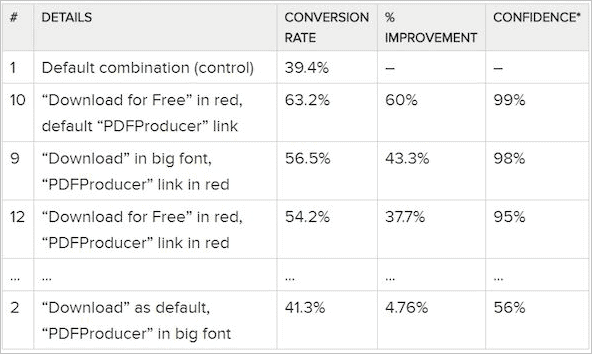 8. Learn from your results

This is the last and an important step. From the multivariate test, you learn about your web pages/app and its visitors. You can use this learning for future tests. 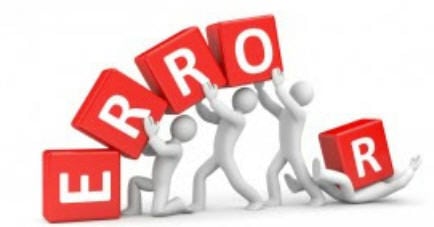 A word of caution – Beware of the following things when performing Multivariate testing:

Mistakes that should be avoided

From the above list, a summary of do’s and Don’ts could be:

Don’t try to include a lot of variables in the test. The more the number of variables to test; the greater will be the combinations, which in turn means more traffic is required to gather significant statistics.

1. Preview all the variation combination versions before starting test run because some of them could be incompatible or illogical. For example, one of the variable combinations is of Headline saying “50% off on subscription” and off button saying “Free subscription”. Such ones should be removed. 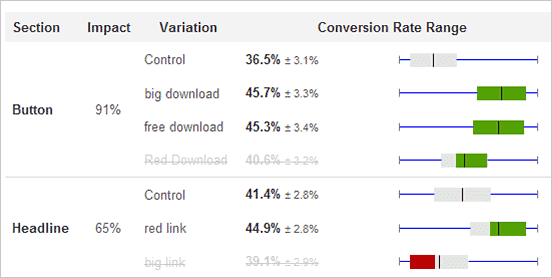 3. Estimate the webpage traffic in order to collect significant statistical data. Before starting the test run, it is better to have a clear idea of the webpage traffic. If a webpage has only 100-200 visitors per day, then we should consider a few variables only for executing the multivariate test.

Till now, we have seen what is multivariate testing, how it is done, errors, factors, do’s and don’ts etc. Now, let us look at some Pros and Cons of it: 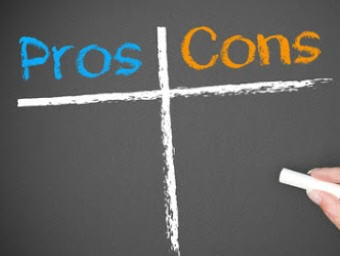 That being a brief list of all things Multivariant testing, there is no end to the variety of tests that can be done to perform webpage optimization and another popular method available is the A/B testing.

What is A/B testing?

A/B testing is also sometimes known as Split Testing. However, the split testing is different. We will see the difference between them in the later part of this tutorial.

In A/B testing, two versions of the same webpage are put under test with an equal amount of webpage traffic. The version which gets a maximum number of conversion is the ultimate winner. This new version definitely increases the conversion rate.

Let us understand the working of A/B testing with a small example: 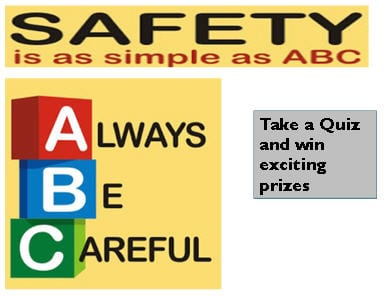 The above image is of a webpage for Safety awareness.

This image consists of a grey button saying “Take a Quiz and win exciting prizes”.This original webpage is considered as ‘A Version’. Now ‘B version’ is designed with a variation in color of the button from Grey to Red.

This is shown in the image below: 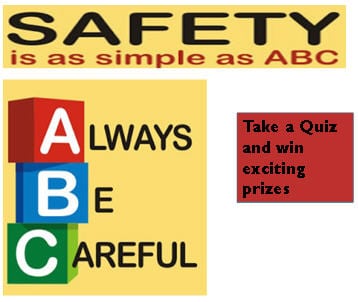 Live webpage traffic is diverted to both versions. After enough visitors have taken the test and with the statistical data received, it can be easily determined which version has a higher effect on conversion rate.

Here in the above example, a button saying “Take a Quiz and win exciting prizes” in Red color attracted more visitors to hit the button and take a quiz than the older Grey button.

Pros and Cons of A/B tests:

A/B testing, multivariate testing and split testing are the three main types of UX(User experience) variant testing. Let’s see how they are different from each other.

The below two images gives you a very good illustrative comparison between A/B Testing and Multivariate testing. 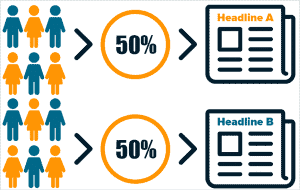 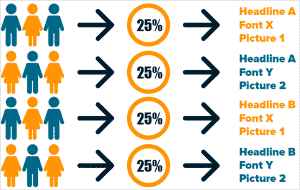 We have another variant here known as split URL testing which is much more complicated than A/B testing and involves server-side changes, where we have two different web pages which are tested against each other. This type of testing works well for landing pages in cases where the design team needs to decide on which one will work better.

There are a lot of tools available in the market for these three types of UX testing. I would name a few best here which you can explore. They are Google Optimize, Optimizely, VMO, Qubit, Maxymiser and AB Tasty.

Both methods, A/B and Multivariate testing increase conversion rate, improve performance and optimize WebPages and apps. Both are useful in their own way and come with their unique shortcomings and challenges too- it is up to us to identify and analyze which method will best suit the requirement.

We, testers are mainly involved in testing the changes done to implement Multivariate or A/B tests. Once these changes are made and tested, those can be run on the production environment by the marketing or business team to gather the results.

So, it is very important that testers test these changes very carefully, otherwise, the final results would be inaccurate, resulting in huge business losses as this is most of the time related to business revenue directly.