This Tutorial Explains what XDR Security is, Feature of XDR, EDR vs XDR, and how can XDR Improve Security:

XDR stands for Extended Detection and Response. As the name suggests, it refers to Extended or additional layers of security. This security is proactively extended to data stored across networks, applications, and programs and data on the cloud. It detects and analyzes potential threats that are complex and malicious and applies a remedy for it.

It assists an organization’s security team to prevent infiltration of cyber-attacks and also to find and eradicate potential threats and attackers in the network. 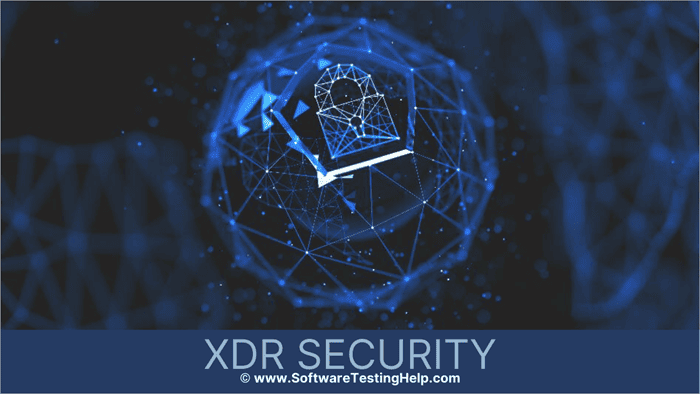 What Is XDR Security?

XDR is an advanced version of earlier tools like EDR (Endpoint Detection and Response) or NTA-(Network Traffic Analysis). These tools were still helpful but with an increased volume of alerts, the time taken to analyze was too much. This meant additional costs for maintenance and management.

XDR, on the contrary, consolidates the alerts and increases the efficiency of the security teams.

We will also see more details about the popular XDR vendors like Cynet, Palo Alto Networks, Trend Micro, and more.

The working of XDR is explained in the image below:

To get a proper understanding of XDR, we need to dive deep and understand EDR. So, the next question that arises here is “What is EDR?” Let’s find out.

EDR stands for Endpoint Data Detection and Response. If we analyze the trend, attackers have always chosen Endpoints as their preferred entry point. In recent times, these attacks have grown exponentially in numbers and the organizations realized the need to develop security checks which extended beyond protecting just the endpoints.

If we analyze the typical working style of an EDR, we will see that it monitors the security at the endpoints by collecting data. A very important role is played by Cloud, which analyzes the data collected at Endpoint for any possible threats and works towards finding a remedy for it.

This model of security works well if we have just one single endpoint, however, when we are looking at numerous endpoints, recording them and analyzing them is quite a task and not to forget the cost involved in the entire setup.

EDR has proven to be an indispensable part of the security of any organizational setup and has been successful in mitigating threats. It has an edge over the traditional Antivirus. Antivirus is a component of endpoint security that prevents the entry of threats into a network. EDR goes a step beyond that and can capture threats that are missed by Antivirus.

However, nowadays, threats have evolved and have spread wings to wider boundaries which are beyond the endpoint. Therefore, there is a strong need for organizations to widen the scope of their thoughts in terms of security and think beyond antivirus solutions and EDR. This led to the evolution of XDR which is capable of providing comprehensive functionality of threat detection and remediation.

At this point, it is important to highlight some of the challenges faced by EDR.

To use EDR effectively, a smooth collaboration with other tools and processes is very essential as it will not be able to protect systems by itself. This is because it lacks coverage of the full visibility of systems. The information provided by EDR is limited to actions taken by attackers at endpoints.

To get a complete insight into what happened during the attack, it is essential to use tools that can monitor and detect actions. This is the reason why a tool was developed as effective as XDR, one which can overcome these challenges and take care of the shortcomings of EDR. XDR, as mentioned earlier, is farsighted as far as attacks are concerned.

Ever since networks have become widely distributed and the dependency on external systems and processes has increased, it is important that we can adapt to a platform of security where attacks can be analyzed at every stage. XDR not only provides an accurate analysis of the current attack but is also able to analyze potential ones in the future.

You must be wondering if XDR is really different from other security options? Well!! To answer this, we need to closely look at the features of XDR. This will help us to make a comparison of XDR with the other security tools available.

So, now that we have understood the basic differences between EDR and XDR, we need to see how XDR works. The best way to understand a tool is to understand its features.

Listed below are the features of XDR:

#1) Capacity to detect and analyze threats

How Can XDR Improve Security?

As we have been talking about attacks becoming more advanced and targeted the security professionals have felt the need to create greater visibility to capture all stages of the attack.

Most organizations have been using EDR to detect and gather information about the attack but nowadays, the attacks have moved beyond endpoints only and this needs extended detection of threat in the entire environment like network data, email data from cloud-based applications, etc.

It detects and analyzes potential threats that are complex and malicious, and applies a remedy for them. As soon as the threat or attack is detected, XDR tools determine the root cause of the attack and also gauges the severity of the attack. XDR, being able to analyze external threats, also preempts the attacker’s next move and mitigates the chances of future attacks of similar nature.

Let us take a look at the working of XDR: 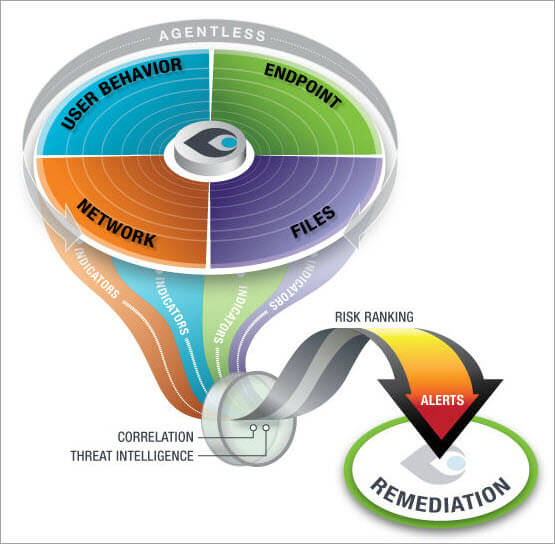 Aren’t you amazed by these features of XDR security? It has proven to be a blessing for the security professionals as it enables them to detect and analyze threats across the networks and prepare better to avoid any future attacks.

Let us see what experts have to say about the future of XDR.

As per the research, these trends essentially mark a transition in the domain of security systems from traditional tools like Antivirus and EDR to more advanced tools like XDR. The advancement of external threats has posed a major risk for the overall security of an organization and therefore, the leaders have a bigger responsibility to be prepared to handle and mitigate these threats.

Mr. Peter Firstbrook, the Vice President of Gartner, has talked about the upcoming trends in the world of Security and Risk, which every organization must recognize and incorporate while planning and preparing on the security front.

“XDR as the number 1 trend”

XDR security tools are coming to the fore as they have proved to be a revolution in the domain of threat detection, analysis, and response. These tools provide precise and quick information on all the events of threat and analysis is centralized which leads to increased efficiency. As the data is unified, the precision with which threats are detected increases thereby reducing the chances of missing any alert from other components.

=> We have covered them extensively in our separate post. Please check if you are looking for the top XDR providers.

The Cynet XDR platform is complemented by a 24\7 MDR service that provides threat hunting, incident response, attack reports, and malware analysis, placing end-to-end breach protection within reach for any organization regardless of its security team size and skill.

Palo Alto Networks is another known name in the domain of XDR services. Its ability to store large amounts of data for a long period of time and automated analysis of the root cause of the threat gives it an edge in the process of investigating threat attacks. Palo Alto provides 24*7 services to its customers and is in the process of introducing new features and detection capabilities.

The scope of attacks that Sentinel One can cover is very wide. It detects threats and attacks at all stages and the investigations carried out to protect it from attacks are thorough. Sentinel One provides security before execution, during execution, and post-execution. As EDR is automated, the process of reducing threats happens automatically.

The security solutions provided by McAfee are cloud-based and therefore the cost of maintenance is low while the monitoring of endpoint events is continuous. The findings of the investigation are carried out automatically and it reduces the cost of manual evaluation. McAfee also uses Artificial Intelligence for investigations.

In this article, we learned about the XDR, which is a comprehensive advanced security system capable of detecting and mitigating threats and attacks. In the ever-expanding world of cyber-crime, organizations have felt the need to look beyond traditional security systems like Antivirus and EDR.

An organization’s security system needs to be capable of identifying and responding to sophisticated attacks. These attackers do not enter the system only through endpoints but also through Networks. This is the reason why XDR has become a smart choice in the field of cybersecurity solutions.