What is the difference between Performance Test Plan and Test Strategy?

In this tutorial, you will learn about the difference between Performance Test Plan and Test Strategy and the content to be included as part of these documents. 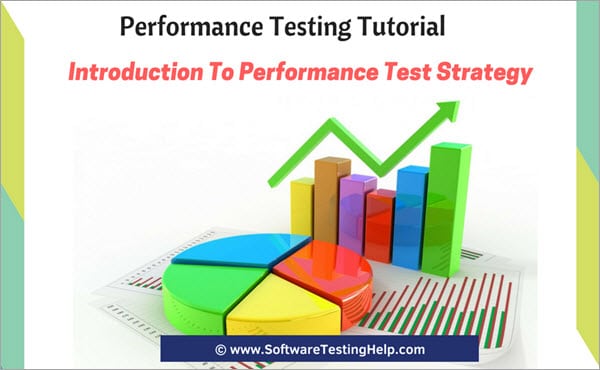 Let’s understand the difference between these two documents.

Performance Test Strategy document is a high-level document which gives us information on how to carry out performance testing during the testing phase. It tells us how to test a Business requirement and what approach is required to successfully deliver the product to the end client.

This will have all the information about the Business process at a very high level.

So, in other words, a Performance Test Strategy document is nothing but a direction that you set at the start of the project with the approach that you are going to take, in order to achieve the Performance testing goals.

A typical Performance Test Strategy document contains the overall goal of Performance testing as what will be tested? which environment will be used? which tools will be used? what types of testing’s will be carried out? Entry and Exit criteria, what Risks of a stakeholder are mitigated? and few more which we shall look in detail as we move further in this tutorial.

The above diagram explains that the Performance Test Strategy document is created during or after the Requirement analysis phase of the project.

The above diagram clearly explains that the Performance Test Plan is created during the project Design or after the Design Phase based on the availability of the Design documents.

Let’s now see what all should be included in a Performance Test Strategy document:

#1) Introduction: Give a brief overview of what a Performance Test Strategy document will contain for that particular project. Also, mention the teams which will use this document.

#3) Test Approach: Here we need to mention about the approach that we are going to follow for our Performance Tests like each script will be executed with a single user to create a baseline and then this baseline tests will be used as a reference for Benchmarking at a later point of time during Test Runs.

Also, each component will be tested individually before integrating them together and so on.

#5) Test Deliverables: Mention what all deliverables will be provided as a part of Performance Testing for the Project like Test Run Report, Executive Summary Report etc.

#6) Environment: Here we need to mention the details of the environment. Environment details are very important as it describes what operating systems will be used for Performance Testing.

Also, we need to clearly mention any Patches or security updates to be considered as a part of the environment set up and also during the Performance Test Run.

#7) Tools: Here we need to mention all the Tools which will be used like Defect Tracking tools, Management tools, Performance Testing, and Monitoring Tools. Some Examples of tools for defect tracking is JIRA, For Management of documents like Confluence, for Performance Testing Jmeter and for monitoring Nagios.

#9) Entry & Exit Criteria: Entry and Exit criteria will be described in this section.

Entry Criteria – Application should be functionally stable before deploying the build for Performance Testing.

Exit Criteria – All the major defects are closed and most of the SLAs are met.

Let’s take a look at what all should be included in a Performance Test Plan document:

#3) Scope: Scope of Performance Testing, both in scope and out of scope business process is defined here.

#4) Approach: Overall approach is described here, how performance testing is carried out? What are the prerequisites for setting up the environment? etc are included.

#7) Environment: We need to mention all the details of the system like IP address, how many servers etc. We should also mention clearly as how the Environment should be set up like the prerequisites, any patches to be updated etc.

#8) Test Scenarios:  The list of scenarios to be tested are mentioned in this section.

#9) Work Load Mix: The work Load mix plays a vital role in the successful execution of the performance test and if the workload mix doesn’t predict the real-time end-user action, then all the test results go vain and we end up with poor performance in production when the application goes live.

#10) Performance Execution cycles: Details of the number of performance test runs will be described in this section. For Example, Base Line test, Cycle 1 50 user test etc.

#11) Performance Test Metrics: The details of the metrics collected will be described here, these metrics should be in acceptance criteria with the agreed performance requirements.

#12) Test Deliverables: Mention the deliverables, and also incorporate the links to the documents where ever applicable.

#13) Defect Management: Here we need to mention how the defects are handled, the severity levels and priority levels should also be described.

#14) Risk Management: Mention the risks involved with the mitigation plan like if the application is not stable and if high priority functional defects are still open, will it affect the schedule of the performance test runs and as said earlier this will help any risks from occurring during Performance testing or at least a workaround for the Risk will be planned well in advance.

#15) Resources: Mention the team details along with their roles and responsibilities.

#16) Version history: Keeps a track of the document history.

#17) Document Reviews and Approvals: This has the list of people who will review and approve the final document.

Tips to Develop These Documents

Follow the below guidelines while designing the strategy or a plan document for successful execution of performance tests.

I’m sure that this tutorial would have briefed you the differences between a Performance Test Strategy and plan along with its contents, Approach for Mobile Application Performance Testing & Cloud application performance testing in a detailed manner with examples.

Check out our upcoming tutorial to know more about the Ways to Supercharge your Performance Testing.