Explore the exact difference between HTTP and HTTPS with Examples:

When we say, ‘HTTP vs HTTPS’, the foremost requirement comes to us is to understand the basic meaning of each of these two terms.

Once we cotton on to what HTTP and HTTPS means, we can then move ahead to compare them. 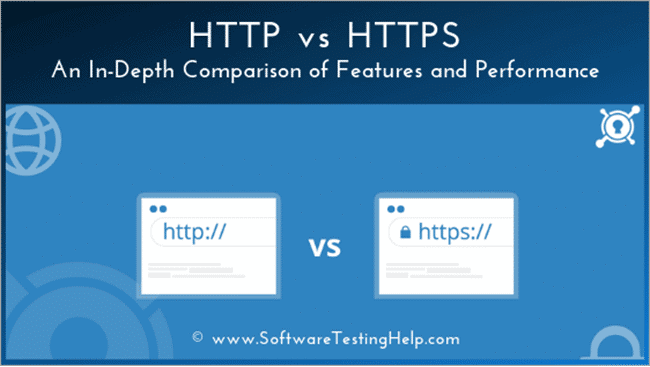 HTTP is an acronym for Hypertext Transfer Protocol. Within the internet protocol suite, HTTP is an application layer protocol to establish and improve the client-server communication between distributed, shared and hypermedia information systems. 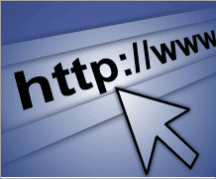 HTTP was developed to enable hypertext and www. It works like a request-response protocol in a client-server computing model. 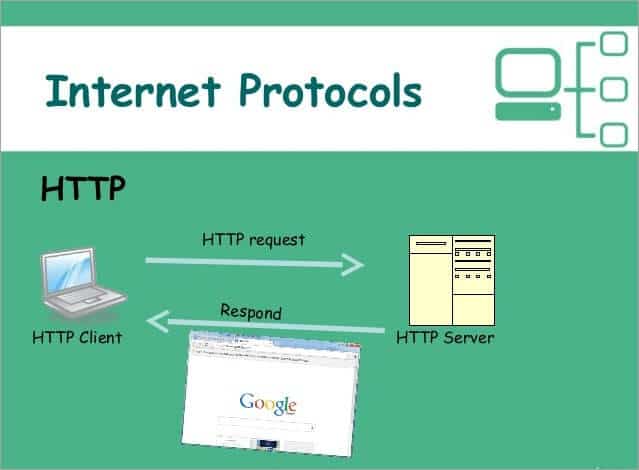 The ‘Protocol’ part in the name HTTP indicates that it’s a set of rules. HTTP is one of the protocols in the internet protocol suite.

The ‘Transfer’ part in the name HTTP indicates the transferring of files over www. These files could be text, graphics, images, audio, video or any other multimedia.

The ‘HyperText’ part in the name HTTP indicates that the documents or files can contain links to other texts that the reader can access immediately by mouse click or key press or touching the screen.

So, hypertext allows extensive cross-referencing where the files can contain links to other files whose selection will trigger additional transfer request.

Now, in simple words, you can understand that the HTTP is a set of rules for hypertext files transfer over www.

HTTPS, developed by Netscape, is an acronym for Hypertext Transfer Protocol Secure. The limitation with HTTP is that the flow of information between client and server is not encrypted and thus anyone can steal the information.

The hypertext exchanged using HTTP travels as plain text and anyone can easily read it or inject their own code if intercepts the communication for their own benefits. Thus, HTTPS was developed to overcome this security of limitation of HTTP.

The ‘S’ at last of HTTPS is known for ‘Secure’. HTTPS is an extension of HTTP to enable secure communication across a computer network and is broadly used on the internet. HTTPS = HTTP + cryptographic protocols. HTTPS also falls in the application layer of the Internet Protocol suite. 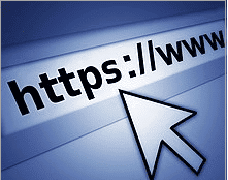 Sometimes HTTPS is also called as HTTP over TLS or HTTP over SSL. This is because it uses Transport Layer Security (TLS) or Secure Socket Layer (SSL) as a sublayer to encrypt the communication protocol. It uses an SSL certificate to create a secure connection between the browser and the server.

HTTPS provides bidirectional encryption between client and server i.e. it encrypts and decrypts the browser requests and server responses which in turn provides protection against man-in-the-middle attacks, eavesdropping, and tampering of the message.

So, HTTPS basically provides authentication of the accessed website and protects the privacy & integrity of data in transit during client-server communication. It assures secure communication.

You must have observed a padlock icon like below when you open the web browser like Chrome, IE or any other.

This lock icon tells that the HTTPS connection is in effect.

HTTPS initially came to use in the financial domain, for example, in online payment transactions like online banking and online shopping.

But in recent times, it is being widely used in almost all type of websites so that the authenticity of the web data is protected, user’s account and browsing information can be secured and kept private.

As mentioned above, HTTPS uses either SSL or TLS to enable encryption. Both SSL and TLS protocols are based on an asymmetric key algorithm where we have two keys- a public key and a private key. Both the keys are paired and function together.

The public keys are distributed to the client or web browsers through certificates and the private key is kept with the web server of that specific website.

HTTPS encrypts any data exchange that happens between the user’s browser and the server, thus ensuring that no one can read anything in transit between the server and the browser.

Data is encrypted at the sender’s end by a unique encryption key (Random numbers) and encryption algorithm. This encrypted data is also known as cipher. On the other end i.e. the receiver’s end, this ciphertext will be decrypted by using the reverse of the encryption process and original data will be restored.

Now, if both the ends (Browser and server) uses the same encryption key then this is known as symmetric encryption; the best example for this is WIFI used in our home where both the router and laptop are sharing the same password.

Whereas, in Asymmetric encryption, both the encrypting and decrypting keys are different which is used in the initial handshaking process between web browser and server.

Websites using HTTPS are having a unique digital certificate which is purchased from some Certificate Authorities companies like GeoTrust, GoDaddy etc.

The whole process of HTTPS working can be divided into two major steps:

1) When a URL is entered like www.Yahoo.com, then the Yahoo’s server gives two things to the web browser which are ‘Certificate’ signed by any Certificate Authority (let’s suppose it’s a certificate signed by VeriSign) and another very important thing is its ‘public key’ (let it be any random number).

Now web browser contains a list of public keys provided from major registered Certificate Authorities. It will decrypt the Certificate through its respective matched public key.

If the public key is able to decrypt the digitally signed Certificate, then only it will allow proceeding further to create a secure connection for data exchange by showing green lock before the URL.

Otherwise, if the public key not matched, then it will stop all the connection and will show untrusted website symbol of the red cross at the starting of the URL. This whole process is known as handshaking process. 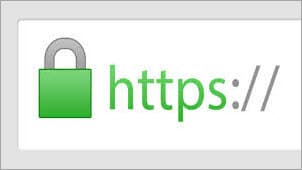 You must have often seen these above green lock and red cross https symbols while working on the internet.

Keep in mind that private key and public keys are used jointly to encrypt and decrypt the data. If one key (either public or private) is used for encryption, then the other key is used for decryption. So, up to this step, asynchronous communication is used.

Let us move to the next step in this process.

2) Now, as mentioned above, when you go to www.Yahoo.com then Yahoo’s server will send the data in encrypted form through its public key which can only be decrypted by the respective private key of the yahoo’s server. This private key is not shared among the public. So, it’s almost impossible to decrypt the data without the private key.

The Exact Differences – HTTP vs HTTPS

The two images will help you to visualize the main differences between HTTP and https: 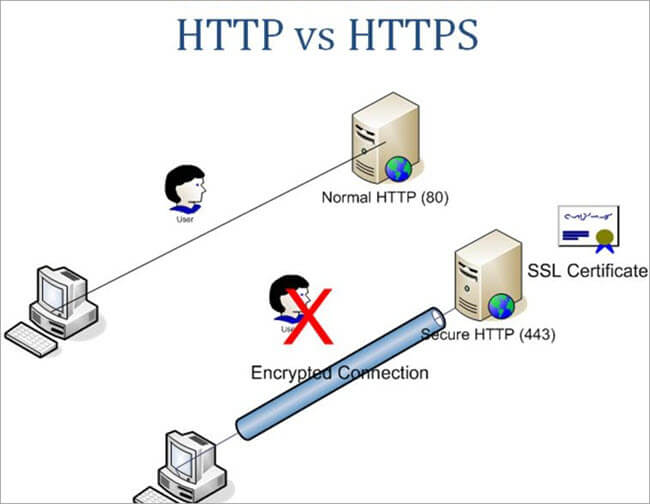 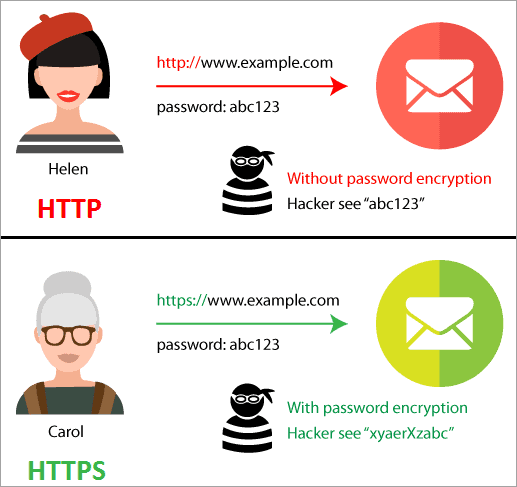 In general, HTTP is faster than HTTPS due to its simplicity. In HTTPS, we have an additional step of SSL handshake unlike in HTTP. This additional step slightly delays the page load speed of the website.

However, this again depends upon certain things like the length of the session, the ratio of static vs. dynamic content, caching behavior of the client, hardware, server software, etc.

For Example, if there is heavy dynamic content on the server then the page load is less likely to be obstructed by HTTPS because the time spent on SSL handshake becomes insignificant to the time spent on content generation. However, in case of much static content, the overhead is higher.

Very short sessions also do get impacted by SSL handshake time. However, for long sessions, this cost is incurred at the beginning of the session and the later subsequent requests will be faster.

But, above all this, the security benefits provided by HTTPS totally overweighs the slight performance delays.

There are also certain available ways to improve HTTPS performance.

There are other testing platforms and visual comparison tools also available that show the comparison between HTTP and https page versions load times.

So, in this article, we understood the basics of HTTP and HTTPS and as well as seen the differences between the two. While HTTP provides the very basic protocol for data transfer between client and server, the HTTPS adds a layer of security to HTTP serving to its three main goals- privacy, integrity, and authentication.

Historically, HTTPS connections were only used for online financial transactions. But, in recent years, almost all types of websites have started using an HTTPS connection to provide secure communications.

After all, privacy and security related to the user’s sensitive information and browsing history can’t be compromised! Architecture wise, HTTPS has an overhead of SSL handshake and thus might be slower than HTTP. But, the security benefits it offers outweighs these slight delays in performance.

In fact, there are a lot of ways to improve HTTPS performance and these days HTTPS is growing faster.

Hope this article would have enriched your knowledge on the concept of HTTP and HTTPS!