In last SoapUI tutorial, we learned conditional statements in Groovy scrips. Now, this tutorial is all about- object-oriented programming in SoapUI Groovy scripts- a very interesting and important programming concept. It includes classes and objects, inheritance, encapsulation and polymorphism.

This tutorial #10 in our comprehensive SoapUI tutorial series.

So let’s get started. 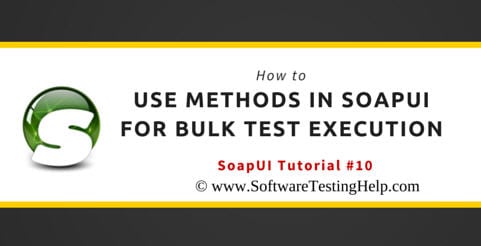 What is object-oriented programming?

An object is a container that consists of properties and methods that perform the certain action(s).

Objects are considered as real-world materials like a smart phone, tablet, monitor etc. it has characteristics and activities.

Let’s take the human being as an example of an object. As a person, we have different characters and behaviour among us like face, skin colour, living style etc. we are doing regular activities such breathing, speaking, walking and so forth. So an object can include characteristics and actions implicitly.

In the object-oriented programming paradigm, an object is an instance of a class which consists of properties and methods also it is represented as the blue print of the class. A class is generally defined as the following format.

As we discussed in our previous tutorials, groovy script supports java code directly without having to import built-in libraries explicitly. Groovy script editor does not allow defining user-defined classes directly but defining methods in groovy is straightforward. Once done these methods can be invoked anywhere in the script. The methods in Groovy scripts can be defined as below:

In the following example, we are going to define a method with some input parameters. Later the parameter values will be assigned to the global properties. Then, we will pass the property values to the service request as an input. 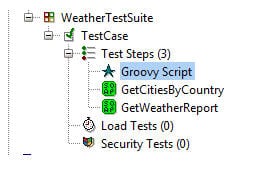 Double click on the groovy script test step and Copy and paste the following script.

In the above script, we are defining local variables and assigning string data to each variable. Following that, we define a method called CreateAndPassProperties with two parameters – countryName and cityName.

Within the method, the first two lines are used to define the global properties. These can be seen by using the “File->Preferences->Global Properties” as below. Initially, before the test gets executed this will be empty. 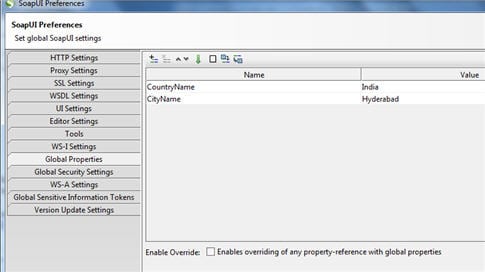 Once done go to the request test steps like GetCitiesByCountry and GetWeatherReport and make necessary changes in the input request as shown in the below screenshots. 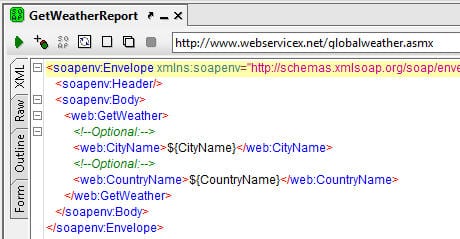 Now we can execute the test suite and verify the results with the following screenshot. 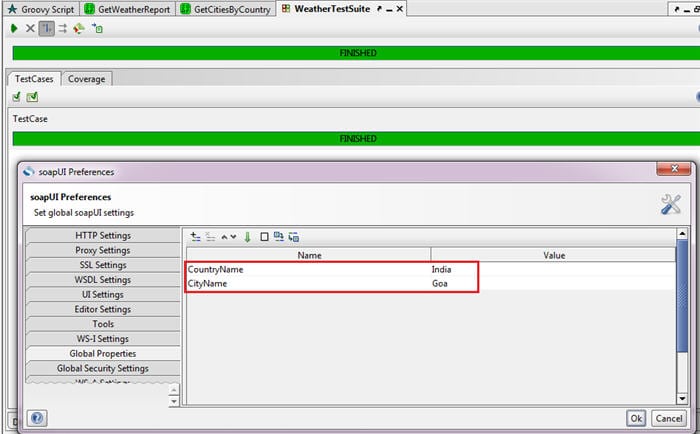 This way we can define multiple methods for various purposes in groovy script test step which can help us execute bulk test steps at once. Methods also allow us to pass arrays to handle bulk data.

We will now to assign array values to a global property and then pass it to the service. During test suite execution, the script will pass input data to the service and the service will then process the data. Finally, it will send the respective response in SoapUI.

Let us create a test suite and test steps as shown in this screenshot.

In the above script, we have defined an array called countries which holds 5 country names.

Following that, we are invoking GetCountries method by passing countries array. Now the execution flow moves to the method definition where we iterate the loop five times. Each time array element that is country name will be assigned to the global property (i.e. CountryName). Then, GetCitiesByCountry test step gets called.

Since we already mentioned global property name in the service request, an actual country name will be taken as input and processed accordingly.

Once this test suite is executed successfully, verify the response to determine the service execution status. Let us have a look at the following screenshot.

Now you know the purpose of the methods there is another feature that we need to discuss this topic and that is Methods can be return values to the caller through output values.

To do so, we employ the “return” keyword. Let us take GetCitiesByCountry service for this example. Add one more groovy script test step under WeatherTestSuite as shown in the screenshot.

Double click on the service name and make the changes if needed. Then write the following script in the groovy script editor.

The above is a slight modification of the previous script. In the method definition, we are passing a country name as string type and then we assign the new country name to the method variable. So the “US” string will be changed to “Mauritius” after the execution.

This will be sent to the getMethodValue variable. The remaining code is same as we discussed earlier. It will assign property value to the global property and then service test step will be called by testStep.run(…) method.

Here is a quick recap of all the concepts we discussed so far:

A few samples have been provided in this article to execute test cases. Implement these samples to your real-time web services and test suites to make you more comfortable and to become an expert in the script writing.

Next tutorial #11: In next SoapUI tutorial we will learn “Exception handling in SoapUI Groovy scripts”.

Keep reading. See you in the next tutorial. Please post comments, experiences, suggestions and questions below.