This tutorial explains the differences between the four major security tools. We will compare them SAST vs DAST and IAST vs RASP:

It is no longer a usual business in terms of software security within the software development life cycle, as different tools are now readily available to ease the work of a security tester and help a developer to detect any vulnerabilities at an early stage of development.

Here we will analyze and compare four such major security tools SAST, DAST, IAST, And RASP. 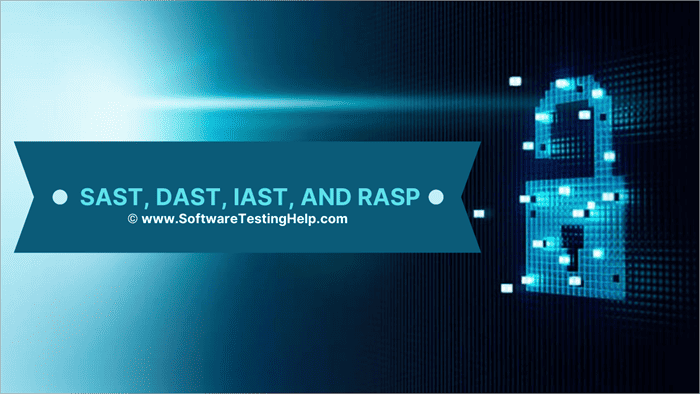 For some good years now, software applications have positively affected the way we work or do business. Most web applications now store and handle increasingly more sensitive data that has now brought the issue of data security and privacy security. 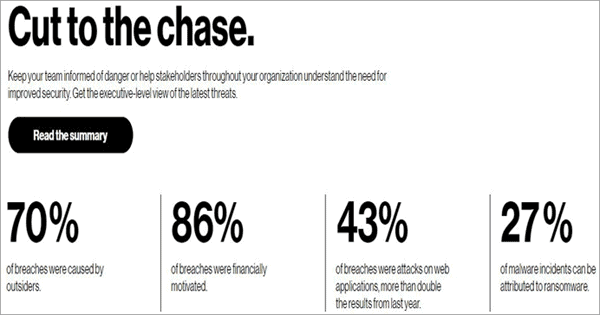 In this tutorial, we will analyze the four major security tools that organizations should have at their disposal which can help developers and testers to identify vulnerabilities in their source code at different stages of the Software Development Lifecycle.

These security tools include SAST, DAST, IAST, and RASP. 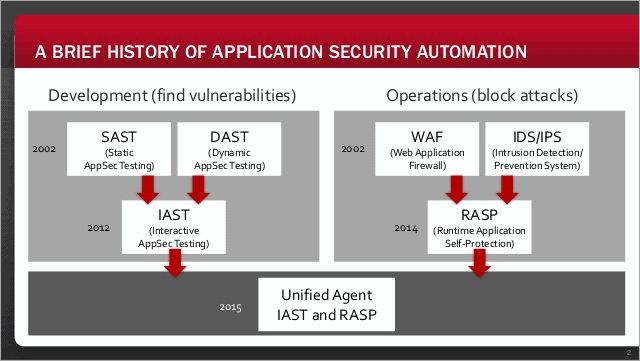 Security testing is not about speed or performance rather it is about finding vulnerabilities.

Why is it Static? This is because the test is done before an application is live and running. SAST can help to detect vulnerabilities in your application before the world finds them.

How Does It Work

SAST uses a testing methodology of analyzing a source code to detect any traces of vulnerabilities that could provide a backdoor for an attacker. SAST usually analyzes and scans an application before the code is compiled.

The process of SAST is also known as White Box Testing. Once a vulnerability is detected the next line of action is to check the code and patch the code before the code will be compiled and deployed to live.

White Box Testing is an approach or method that testers use to test the inner structure of software and see how it integrates with the external systems.

“DAST” stands for Dynamic Application Security Testing. This is a security tool that is used to scan any web application to find security vulnerabilities.

This tool is used to detect vulnerabilities inside a web application that has been deployed to production. DAST tools will always send alerts to the security team assigned for immediate remediation.

DAST is a tool that can be integrated very early into the software development lifecycle and its focus is to help organizations to reduce and protect against the risk that application vulnerabilities could cause.

This tool is very different from SAST because DAST uses the Black Box Testing Methodology, it conducts its vulnerability assessment from outside as it does not have access to the application source code.

DAST is used during the testing and QA phase of SDLC.

IAST is an application security tool that was designed for both web and mobile applications to detect and report issues even while the application is running. Before someone can comprehend the understanding of IAST fully, the person must know what SAST and DAST actually mean.

IAST was developed to stop all the limitations that exist in both SAST and DAST. It uses the Grey Box Testing Methodology.

How Exactly Does IAST Work

IAST testing occurs in real-time just like DAST while the application is running in the staging environment. IAST can identify the line of code causing security issues and quickly inform the developer for immediate remediation.

IAST also checks the source code just like SAST but this is at the post-build stage unlike the SAST that occur while the code is been built.

IAST agents is usually deployed on the application servers, and when DAST scanner performs it’s work by reporting a vulnerability the IAST agent that is deployed will now return a line number of the issue from the source code.

The IAST agents can be deployed on an application server and during functional testing performed by a QA tester, the agent study every pattern that a data transfer inside the application follows regardless of whether it’s dangerous or not.

For example, if data is coming from a user and the user wants to perform an SQL Injection on the application by appending SQL query to a request, then the request will be flagged as dangerous.

RASP is a runtime application that is integrated into an application to analyze inward and outward traffic and end-user behavioral pattern to prevent security attacks.

This tool is different from the other tools as RASP is used after product release which makes it a more security-focused tool when compared to the others that are known for testing.

RASP is deployed to a web or application server which makes it to sit next to the main application while it’s running to monitor and analyze both the inward and outward traffic behavior.

Immediately once an issue is found, RASP will send alerts to the security team and will immediately block access to the individual making request.

When you deploy RASP, it will secure the whole application against different attacks as it does not just wait or try to rely only on specific signatures of some known vulnerabilities.

One good way to preventing defects and vulnerabilities from your application is to build security into the application from the beginning, i.e. all through the SDLC security is paramount.

Never curtail the developer from implementing secure coding, train them on how to implement this security from the very beginning of the SDLC. Application Security is not only meant for the security engineers rather it’s a general effort.

One thing is to build an App that is very functional, fast & performs fantastically well and another thing is for the application to be secure for usage. When conducting architecture design review meetings, include security professionals who will help to conduct a risk analysis of the proposed architectural design.

These reviews will always identify any architectural flaws early in the development process, which can help prevent any delayed releases and also save your organization money and time in finding a solution to an issue that could later erupt.

Before developers compile their code, it is always beneficial to conduct a secure code review session. Code reviews session like this are usually a saving grace and provide the first line of defense against any implementation defects that could cause vulnerability into the system.

Once you can access the source code, use static analysis tools like SAST to detect additional implementation bugs that the manual code review session missed.

Choose Between SAST Vs DAST Vs IAST Vs RASP

If I am being asked to make my choice, I will rather go for them all. But you may ask isn’t it capital intensive?

Anyway, Security is expensive and many organizations shy away from it. They use the excuse of too expensive to prevent them from securing their applications which in the long run could cost them more to fix an issue.

SAST, DAST, and IAST are great tools that can complement each other without any problem if only you have the financial backbone to carry them all. The security experts always support the use of two or more of these tools to ensure better coverage and this will in turn lower the risk of vulnerabilities in production.

You will agree that SDLC is rapidly adopting an agile approach over the years and the usual traditional testing methods cannot keep up with the pace of development.

Adopting the use of automated testing tools in the early stages of the SDLC can significantly improve application security with minimal cost and time.

But note that these tools are not meant to be a replacement for all the other secure coding practices, rather they are a part of an effort to achieve a community with secure applications.

Let’s check some of the ways where these tools are different from each other. 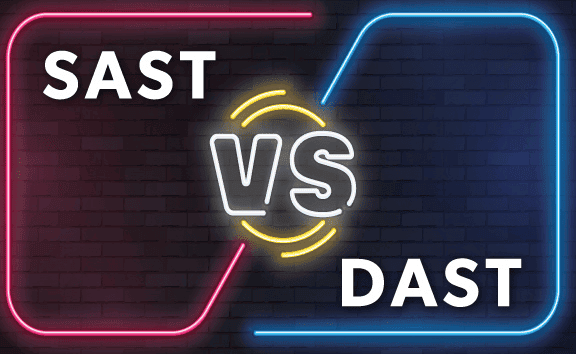 Despite some of the constraints you may observe in technologies like SAST, DAST, IAST, and RASP, using these automated security tools will always guarantee software that’s more secure and save you the high cost of fixing a vulnerability that is discovered later. 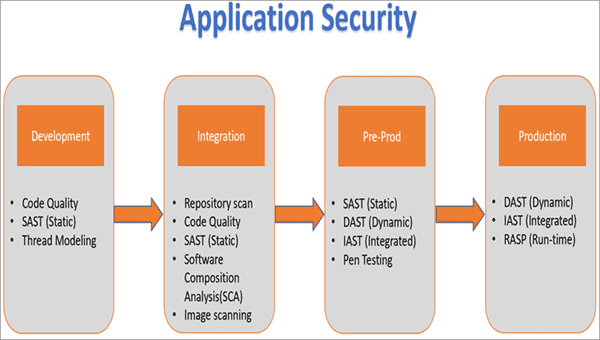 When you combine Development, Operation, and Security together and make them collaborate then you have in essence setup DevSecOps.

With DevSecOps you are able to integrate security into the entire application development process that will help to protect your application against any attack or threat.

DevSecOps is steadily gaining momentum as the rate at which many organizations now turn out applications is alarming. They cannot be blamed for this because the demand is high from customers. Automation is now an essential aspect of DevOps, and there is no difference while integrating security tools into the same process.

Just as every manual process is now being replaced by devops, the same applies to security testing that has been replaced with tools like SAST, DAST, IAST, RASP.

Every security tool that is now a part of any Devops should be able to perform security at a very high level and achieve continuous integration and continuous delivery.

SAST, DAST, IAST, and RASP have been tested by Security architects and are currently establishing high grounds in the DevOps setting. The reason for this is the ease of use and ability of these tools to be quickly deployed into the ever agile world.

Whether the tool is used to perform software composition analysis for vulnerabilities or used to perform an automated code review, the tests should be fast and accurate, and the report should be readily available to the development team to consume.

Q #1) What is the difference between SAST and DAST?

Answer: IAST means Interactive Application Security Testing that analyzes code for security vulnerabilities while the app is running. It is usually deployed side by side with the main application on the application server.

Q #4) Which is the best approach or security tool among these four?

Answer: The best approach is usually to have all these tools implemented if your financial power can carry it. By implementing all these tools, you will make your software stable and free from vulnerabilities.

We can now see that the fast pace of our agile environment has now brought about the need to automate our security process. Security is not cheap at the same time security is important too.

We should never under estimate the use of security tools in our day to day development as it will always pre-empt any occurrence of attack into the application. Try as much as possible to introduce it early into the SDLC which is always the best approach to secure your software more.

Thus, making the decision for the right AST solution involves finding the right balance between speed, accuracy, coverage, and cost.