This VirtualBox Vs VMware tutorial includes a comprehensive comparison between the two most popular tools of Virtualization called VirtualBox and VMware:

Let us try to understand the concept of virtualization from the following image. 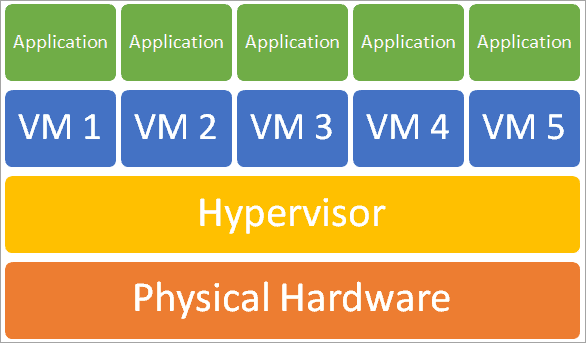 As we can see in the above image, the hypervisor software connects directly with the physical hardware, allowing you to split a single system into multiple Virtual Machines (VMs) and distribute the machine resources appropriately.

To explain in the simple words, in Virtualization

There are a lot of virtualization tools available in the market. This article will cover, in detail, the comparison between the two most popular tools of Virtualization called VirtualBox and VMware.

Both Virtualbox and VMware work on the concept of a Virtual Machine (VM). VM is a replica of a physical computer and also has an Operating system loaded on it which is called Guest OS.

Let us start by understanding the basics of both VirtualBox and VMware and then we will delve into a detailed comparison of the two.

VirtualBox can be explained as a virtualization software that enables the user to run multiple Operating systems simultaneously on the same machine. For example, a user can use different versions of Windows (Win7, Win 10) or Linux or any other Operating System on one single machine and also run them at the same time.

VirtualBox is a free virtualization software, which is ready to be used by enterprises and is developed for users of Windows OS. This has been designed by Oracle Corporation. It has been constantly upgraded to meet the performance standards that the industry demands. It is one of the most popular software for virtualization.

The following are benefits of VirtualBox:

VMware is one of the world-renowned service providers for Virtualization. VM refers to Virtual Machines. VMware Server is a product that allows the user to compartmentalize a server into many virtual machines, thereby letting multiple operating systems and applications run successfully and simultaneously on one host machine.

Virtualization products from VMware have increasingly become an indispensable part of the IT infrastructure of all organizations- big or small.

VMware also provides a bundle of benefits. These are as follows:

All this while we have been talking about Virtualization and we looked at how both VirtualBox and VMware allow the user to work on Virtual Machine.

So, are they all the same? Which one should we select to use? How are they different?

Before we answer this question and understand the differences between VMware vs VirtualBox, it is important to understand that despite the similarity of working on Virtual Machines, the way they work is very different. This is because of the software called Hypervisor, which is used to install and run Virtual Machines.

Hypervisor is an important software as it provides the environment required to run Virtual Machines. They are responsible to create the much-required separation between the Operating system of the virtual machine and the hardware of the host machine. The host machine is capable of sharing its resources like memory, a processor with many virtual machines.

The Hypervisor can be of two types: 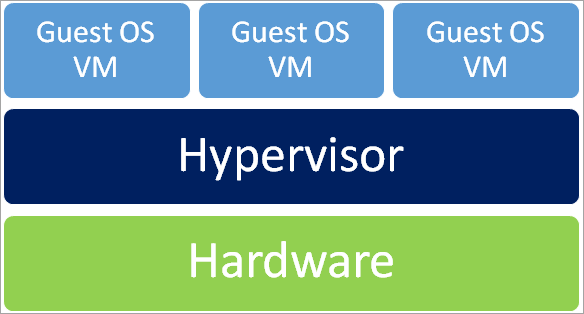 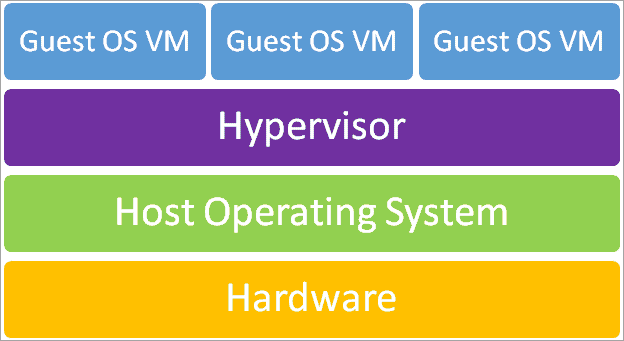 Let’s look at some differences that give these tools an edge over the other.

Below are some frequently asked questions about VirtualBox and VMware.

Q #1) Does VirtualBox slow down the user’s computer?

Answer: Much to our surprise, the answer to this question is Yes. When we use Virtual Box, it along with the guest OS consumes resources like CPU usage and memory of the host physical machine and it, in turn, slows down the performance of the physical machine. But the good news is that we can limit the usage of these resources by Virtual Box.

Answer: VirtualBox is a popular software developed by Oracle and is widely used in the IT infrastructures of modern-day organizations. Virtual Box is certainly legal, but it comes with clearly run disclaimers.

Q #3) Is VMware faster than VirtualBox?

Q #4) Which Virtual Machine is the best?

Answer: It is certainly not easy to conclusively say which machine is the best. Both VirtualBox and VMware have their share of advantages and disadvantages. Users can make a choice based on preferences, existing infrastructural setup, and application.

Q #5) What is better than VirtualBox?

Answer: In terms of competition, VirtualBox has faced tough competition from VMware Player which is a free version. VMware Player has proven to provide users with a robust, secure, and far more stable environment for virtualization. VMware works on major OSs like Windows and Linux.

It is indeed a tough choice to make between VirtualBox vs VMware and what helps best to make this choice is usage and preference. If the virtual machine is not needed to fulfill the virtualization needs of an organizational setup, a Virtualbox is the choice to make. It is free, easy to install, and requires lesser resources.

VMware remains the first choice for organizations that have an existing VMware set up and can fund the cost of license and support and prefer a seamless performance.

VirtualBox and VMware both are promising solutions for virtualization. The choice is for the users to make based on the evaluation of the pros and cons of each of these options and taking into consideration the existing infrastructure and end-use.

We hope the article helps you make a viable choice.