6 years ago, while working with a medium-sized MNC, when I suggested documenting test scenarios rather than wasting time on preparing the full proof document called test cases, all the heads turned to me in annoyance.

The look on the faces was clearly conveying that I made a big mistake by suggesting it. Although no one denied the idea no one even accepted. Everyone felt that following the tradition, i.e. writing test case documents, would be safer. I could not argue. 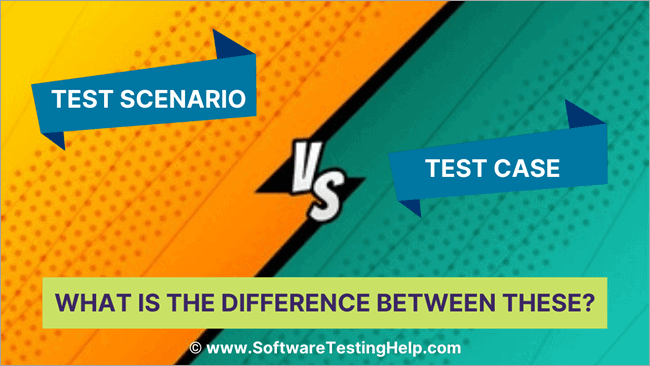 After 4 years, the company received a testing project, where the only constraint was time and the only expectation was full proof testing.

We were in the meeting again and were discussing ideas to meet the critical deadline. The application was mainly about searching and generating different reports via different menu items. Documenting test cases was supposed to snatch most of the time and we were not sure, how much the document was going to use to the client.

I suggested documenting test scenarios and somehow with some hesitation, everyone agreed. No need to mention that we could save precious time of documentation and could utilize it for testing.

Are Test Cases Being Replaced Fast With Test Scenarios?

With time, as everything is changing, the software industry and processes also have changed a lot.

Traditional Waterfall and V-models are being replaced by agile and iterative models. Documentation is necessary but to meet deadlines and making the process easy and transparent, the way of documentation can be changed.

When Is Documentation Of Test Cases Important?

I and my team were involved in testing a project from a Fortune 500 company with flexible timelines. We documented test cases with the best available template and got it approved by the client.

Once the build started releasing to the QA team, for most of the day, our duty was, mechanically follow 100 test cases per day, update the document with pass/fail result and send it to the client at the end of the day. Most of the team members started complaining about monotonous work but the company was generating revenue.

Then there was a break for one day in between with no new build to test. We sat together at the beginning of the day and were discussing what we were going to do for the day. When I proposed to generate more ideas to improve the test case document, all the team members denied putting in efforts.

As per them, there was nothing more to think about as we had covered all the scenarios. And convincing them to think out of a box and generate more ideas was really tough.

Most of the time, when we document test cases and that too once approved by the client, that human mind thinks that we have done our job and our mind automatically stops considering any effort to think about other ways to test the product.

During weekly team challenge activity, we announced the application and asked the team members to pour in test scenarios.

All the team members, including those late responders or non-responders, put in ideas. Why? There was no formal documentation where they had to fill the expected result for every sequence of functionality and pre-condition for each test case. We collected 40 test scenarios in a day and that was a great experience.

To favor my experience, I would like to present an example.

Take a sample application, say login page with username, password, login, and cancel buttons. If asked to write test cases for the same, we will end up writing more than 50 test cases by combining different options and details.

But if test scenarios to be written, it will be a matter of 10 lines as below:

1. To check Application is Launching
2. To check text contents on the login page
3. To check Username field
4. To check Password field
5. To check Login Button and cancel button functionality

As we all are short of time, test scenarios work as painkiller spray rather than that old-time IODEX. And still, the effect is the same.

Differences Between Test Scenario Vs Test Case In Tabular Format

Finally, I would like to summarize the difference between Test Scenario vs Test Case:

Test cases are the most important part of the Software Development Life Cycle and without the one, it’s tough to track, understand, follow and reason out something. But in the era of Agile, test cases are being replaced fast with test scenarios.

A common test checklist for each type of testing (Database testing, GUI testing, Functionality testing, etc) coupled with test scenarios is the modern artillery for Software Testers.  Discussions, training, questions, and practice can definitely change the final graph of your productivity as well as a Bug report matrix.

As usual, we welcome your thoughts and queries. Please tune in.

78 thoughts on “Test Scenario Vs Test Case: What Is The Difference Between These?”