In this Free MongoDB Training Series, we learned more about Sharding in MongoDB in our previous tutorial.

This tutorial will explain about Replication in MongoDB in detail.

In MongoDB, the replica set is a collection of active MongoDB instances which maintain the same data. The replica is used to enhance the visibility and availability of data. In order to prevent natural disasters replica is the best approach. 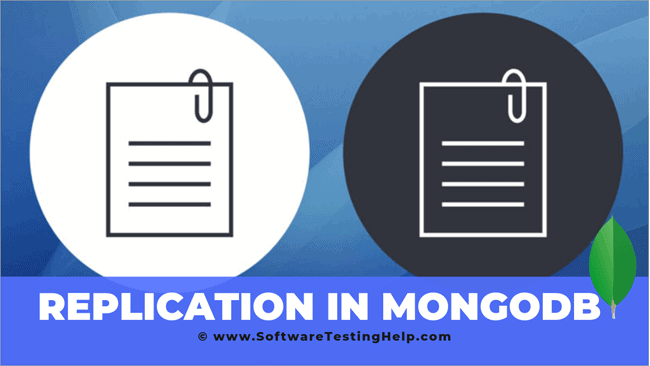 In simple words, the same information is hosted on different servers which are located at different locations. If one of those servers gets down due to any reason like a natural disaster or power fail-over, it will automatically sync with other servers having the same data.

In replication, each copy of the MongoDB instance is treated as a node. One of those nodes become the primary node and the rest of it becomes a secondary node. 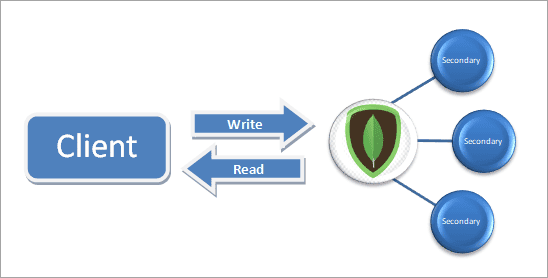 If the primary node is not responsive then the secondary node automatically becomes the primary and the rest of the architecture will be the same.

With this architecture, the user will never get to know what actually happens. Replication architecture will maintain a smooth user interaction. This approach is used by many Tech Giants like Facebook, Google, LinkedIn, and Twitter.

You will never face any failover on these Tech Giants applications. Because they are using replication architecture approaches to enhance the visibility of the information for their end user. This approach is really beneficial for backup and disaster recovery.

Replication is mostly used for big data and for the data center. If you are running “SAAS applications” then it will be really beneficial for you to implement replication architecture to enhance the availability of your data for the long run.

Whenever parent node collapse, it will automatically shift to the child node as in this case the user never identified what happened in the backend process.

The best part of replication in MongoDB is that, it is transparent from the application and whatever the process happens in the backend process the connected collide will never know that.

Take a look at our upcoming tutorial to know the ways to Create Backup in MongoDB!!