Learn the procedure to Create Backup in MongoDB:

In this detailed MongoDB Training series, we learned about Replication in MongoDB.

In this tutorial, we will learn how to Create a Backup in MongoDB.

In application development information, backup and restoring have a critical point of view for any developer. MongoDB provides two utilities “mongodump” to create a backup and “mongorestore” to restore the backup. 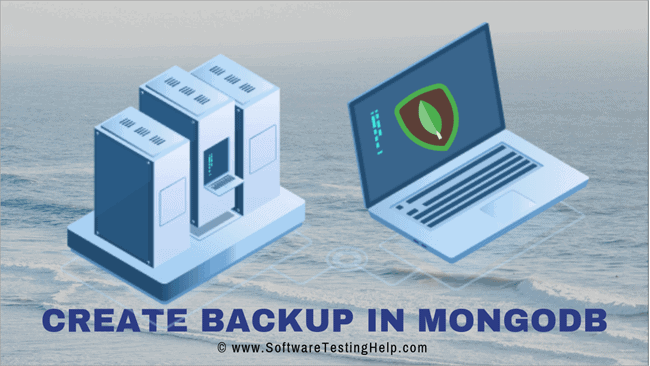 Both of these utilities work with BSON. It is mostly used for small level application deployment and recovery. There are many other methods as well which you can follow to create a proper backup. 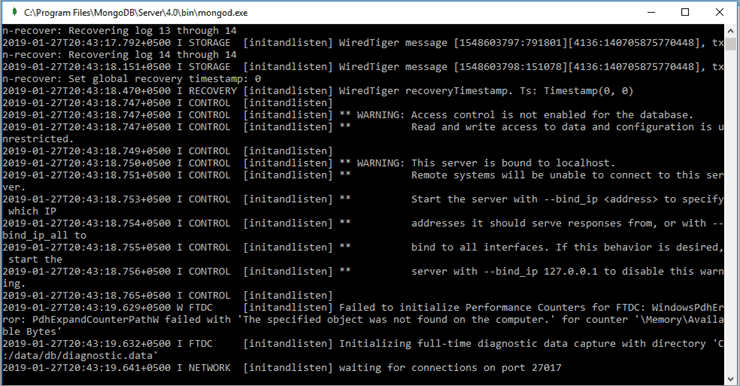 Now we have to open CMD with the privileges of the administrator. Then point the directory where the MongoDB Bin folder is located as you can see in the below image.

Each collection is separated as a folder. Now execute this command and it will generate the response which you can see in the below image. 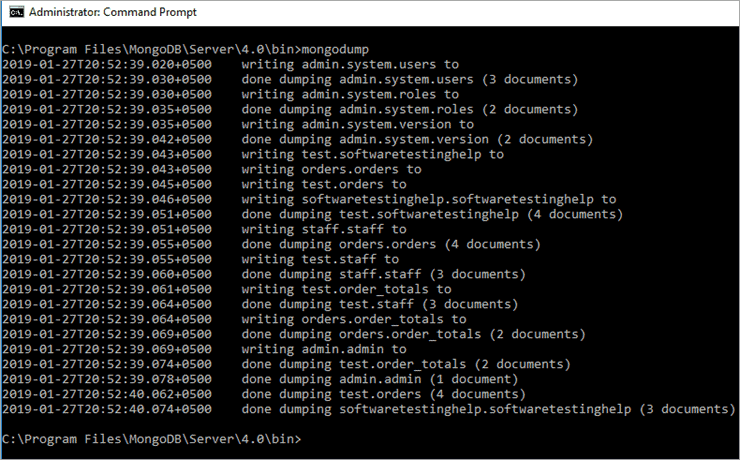 After the execution, let’s visit the dump folder within the Bin folder of Mong0DB. Here you can observe that each collection has a separate folder. Data is a dump in the form of JSON and BSON within the collection folder.

Creating a backup of MongoDB is critical in development. Developers have to maintain a backup of collection based on how important the information is stored. Basically, a backup processes each month and for an enterprise application, it is recommended to process daily.

In this tutorial, we saw a simple solution to create a backup with a few commands. If you are a beginner, you can have this approach for backup of your collections. You just need to point the command prompt to the Bin folder and execute the above command, and it will dump all the data automatically.

Check out our upcoming tutorial to know more Deployment in MongoDB.