In this Date Warehouse Tutorials For Beginners, we had an in-depth look at Dimensional Data Model in Data Warehouse in our previous tutorial.

In this tutorial, we will learn all about Data Warehouse Schemas that are used to structure data marts (or) data warehouse tables. 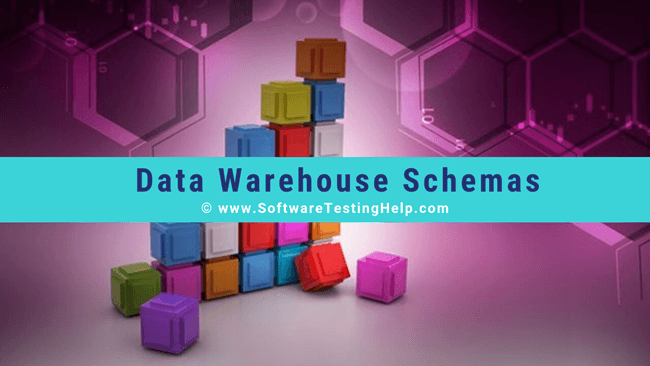 In a data warehouse, a schema is used to define the way to organize the system with all the database entities (fact tables, dimension tables) and their logical association.

Here are the different types of Schemas in DW:

This is the simplest and most effective schema in a data warehouse. A fact table in the center surrounded by multiple dimension tables resembles a star in the Star Schema model.

Due to the above reason, navigation among the tables in this model is easy for querying aggregated data. An end-user can easily understand this structure. Hence all the Business Intelligence (BI) tools greatly support the Star schema model.

While designing star schemas the dimension tables are purposefully de-normalized. They are wide with many attributes to store the contextual data for better analysis and reporting.

An example of a Star Schema is given below. 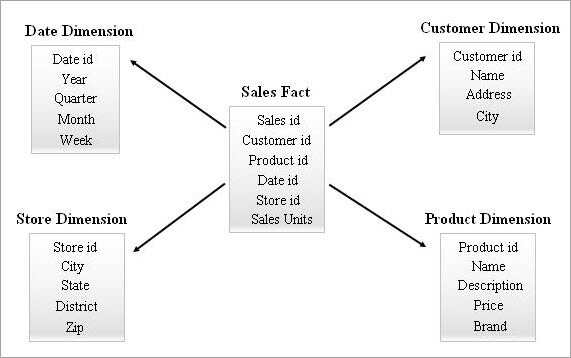 An end-user can request a report using Business Intelligence tools. All such requests will be processed by creating a chain of “SELECT queries” internally. The performance of these queries will have an impact on the report execution time.

From the above Star schema example, if a business user wants to know how many Novels and DVDs have been sold in the state of Kerala in January in 2018, then you can apply the query as follows on Star schema tables:

Hope you understood how easy it is to query a Star Schema.

Star schema acts as an input to design a SnowFlake schema. Snow flaking is a process that completely normalizes all the dimension tables from a star schema.

An example of a SnowFlake Schema is given below. 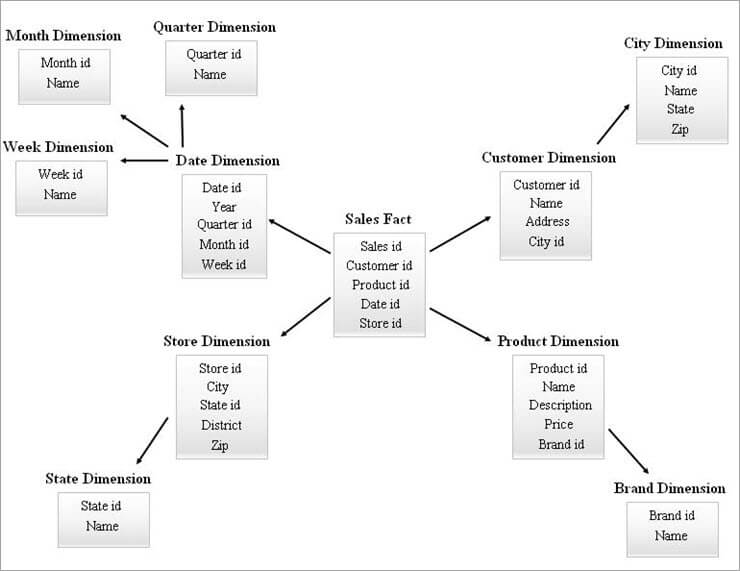 The Dimension Tables in the above SnowFlake Diagram are normalized as explained below:

In the same way, a single dimension can maintain multiple levels of hierarchy.

Different levels of hierarchies from the above diagram can be referred to as follows:

We can generate the same kind of reports for end-users as that of star schema structures with SnowFlake schemas as well. But the queries are a bit complicated here.

From the above SnowFlake schema example, we are going to generate the same query that we have designed during the Star schema query example.

That is if a business user wants to know how many Novels and DVDs have been sold in the state of Kerala in January in 2018, you can apply the query as follows on SnowFlake schema tables.

Points To Remember While Querying Star (or) SnowFlake Schema Tables

Any query can be designed with the below structure:

As per the business needs, you can add (or) remove the facts, dimensions, attributes, and constraints to a star schema (or) SnowFlake schema query by following the above structure. You can also add sub-queries (or) merge different query results to generate data for any complex reports.

This type of schema is used for sophisticated requirements and for aggregated fact tables that are more complex to be supported by the Star schema (or) SnowFlake schema. This schema is difficult to maintain due to its complexity.

An example of Galaxy Schema is given below.

Star schema is the base to design a star cluster schema and few essential dimension tables from the star schema are snowflaked and this, in turn, forms a more stable schema structure.

An example of a Star Cluster Schema is given below. 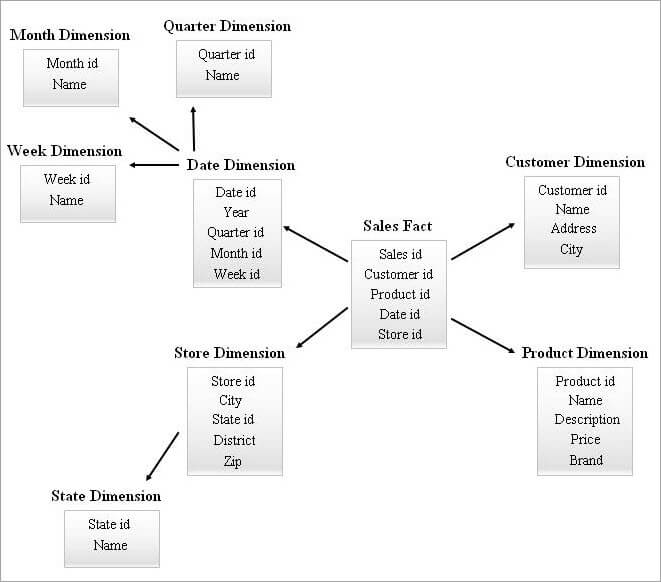 Which Is Better Snowflake Schema Or Star Schema?

The data warehouse platform and the BI tools used in your DW system will play a vital role in deciding the suitable schema to be designed. Star and SnowFlake are the most frequently used schemas in DW.

You can go ahead with the SnowFlake schema either if you want to save some storage space or if your DW system has optimized tools to design this schema.

Given below are the key differences between Star schema and SnowFlake schema.

We hope you got a good understanding of different types of Data Warehouse Schemas, along with their benefits and disadvantages from this tutorial.

We also learned how Star Schema and SnowFlake Schema can be queried, and which schema is to choose between these two along with their differences.

Stay tuned to our upcoming tutorial to know more about Data Mart in ETL!!