Cucumber is a tool based on Behavior Driven Development (BDD) framework. BDD is a methodology to understand the functionality of an application in the simple plain text representation.

The main aim of the Behavior Driven Development framework is to make various project roles such as Business Analysts, Quality Assurance, Developers, etc understand the application without diving deep into the technical aspects.

Cucumber tool is generally used in real-time to write acceptance tests of an application. Cucumber tool provides support for many programming languages such as Java, Ruby, .Net, etc. It can be integrated with multiple tools such as Selenium, Capybara, etc. 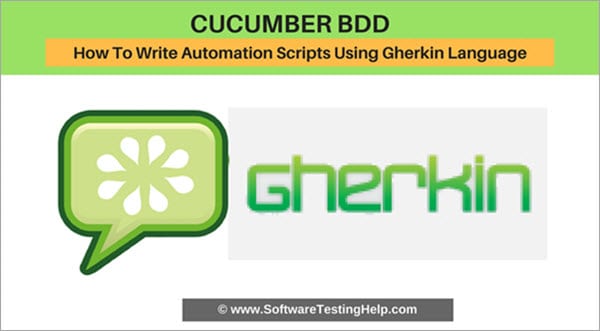 Gherkin is the language used by Cucumber tool. It is a simple English representation of the application behavior. Cucumber uses the concept of feature files for documentation purposes. Content within the feature files is written in Gherkin language.

In the following topics, we will see more about the advantages of Cucumber Gherkin framework, Integrating Cucumber with Selenium, Creating a feature file & its corresponding step definition file and a sample feature file.

The following terms are most commonly used in feature files:

The feature keyword must be followed by a feature name. It can include an optional description section that can span across multiple lines of the feature file. A feature file has the extension .feature.

A scenario is a test specification of the functionality to be tested. Ideally, a feature file can contain one or more scenario as a part of the feature. A scenario includes multiple test steps. As per the cucumber standards, a scenario must include 3-5 test steps as lengthy scenarios tend to lose their expressive power once the number of steps increases.

A scenario can include the following steps:

In Gherkin language, a scenario must include the following keywords:

This keyword is used to specify the action or an event performed by the user such as clicking on a button, entering data onto textbox etc. There can be multiple when statements in a single scenario.

And keyword is used as a conjunction keyword to combine multiple statements. For Example, multiple Given and When statements in a scenario can be combined using the keyword ‘And’.

A scenario outline is a way of parameterization of scenarios.

This is ideally used when the same scenario needs to be executed for multiple sets of data, but the test steps remain the same. Scenario Outline must be followed by the keyword ‘Examples’, which specify the set of values for each parameter.

Below is the example to understand the concept of Scenario Outline:

Given that a user is on upload file screen.

When the user clicks on the Browse button.

And user clicks on the enter button.

Then verifies that file upload is successful.

Background keyword is used to group multiple given statements into a single group.

Given user is on the application login page

Given below are the advantages of Cucumber Gherkin framework that make Cucumber an ideal choice for rapidly evolving Agile methodology in today’s corporate world:

Integration of Cucumber With Selenium

Cucumber and Selenium are the two most powerful functional testing tools. Integration of Cucumber with Selenium Webdriver helps various non-technical members of a project team to understand the application flow.

Given below are the steps to be followed for the integration of Cucumber with Selenium Webdriver:

Cucumber can be integrated with the Selenium Webdriver by downloading the necessary JAR files.

Given below is the list of JAR files that are to be downloaded for using Cucumber with Selenium Webdriver:

The above JAR Files can be downloaded from the Maven website.

Each of the above JAR Files must be downloaded individually from the above website.

Click on Add External JAR’s button and add the list of above JAR files to the project. 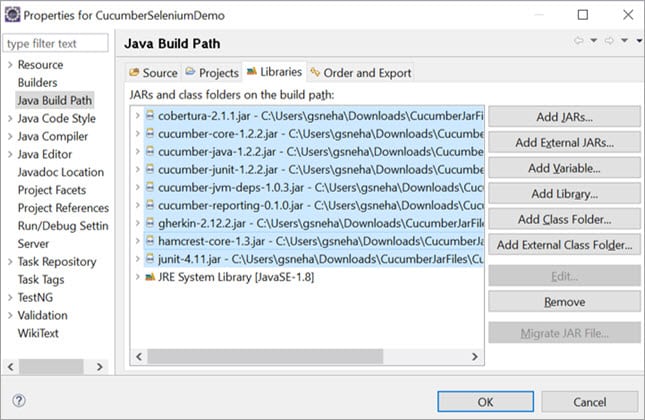 Before creating the feature files and step definition files, we need to install a Natural plugin into Eclipse. It can be done by copying and pasting the URL onto Help -> Install New Software -> URL 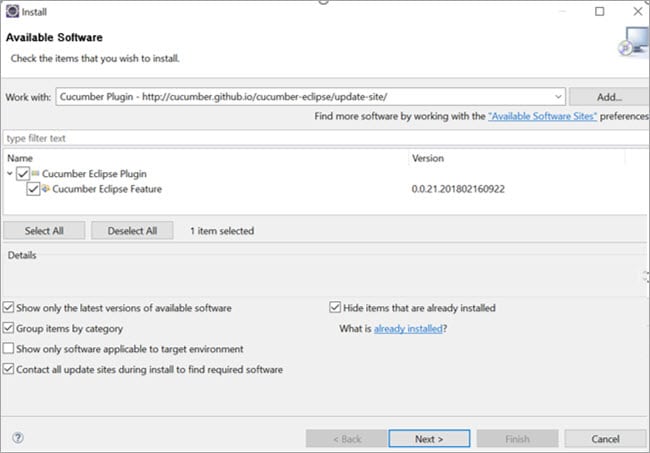 Click on the Next button to install the plugin into Eclipse. 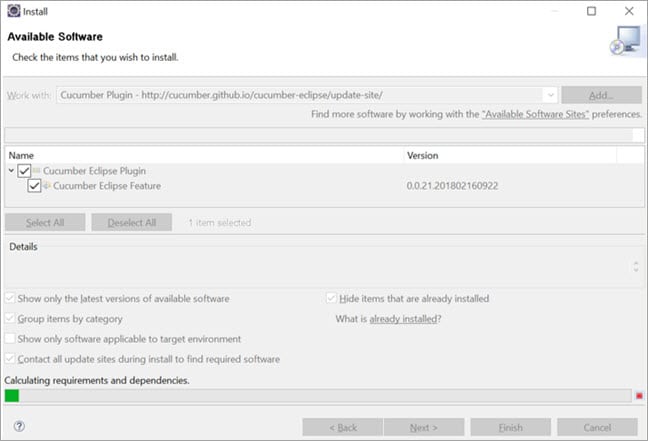 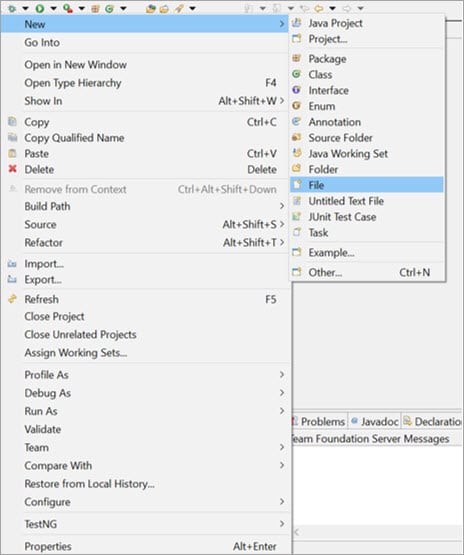 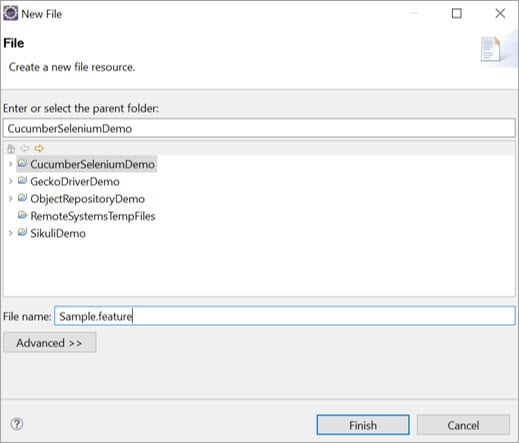 The following is the syntax of a step definition file:

For creating feature file and step definition file, the following scenario can be used:

The above scenario can be written in the form of a feature file as below:

Feature: Login into an application under test.

Scenario: Login to the application.

Given Open Chrome browser and launch the application.

When User enters username onto the UserName field.

When User clicks on the Login button.

Below is the representation of step definition file as per its feature file.

We need to run the TestRunner class file for execution of feature files and step definition files.

Below is the feature file representation of various scenarios.

To verify if the username and password are available on the login page:

Feature: Verify the display of username and password fields on a login page.

Scenario: To verify the display of username and password fields.

Given User opens Firefox browser and navigates to the Application Under Test.

When User navigates to a Login page.

Then Verify the display of username field on the Login page.

And Verify the display of password field on the Login page.

Below is the example for scenario outline keyword in Cucumber Gherkin:

Feature: Verify if the login is successful for multiple sets of test data.

Scenario Outline: To verify if login is successful for multiple sets of test data.

Given Open Chrome browser and launch the application.

When User enters <username> onto the UserName field.

When User clicks on the Login button.

It’s not too late to give a try to this Cucumber tool using Gherkin language.