Here we will explore and compare NetBeans Vs Eclipse Java IDEs and understand various advantages of Eclipse vs NetBeans Java with examples: 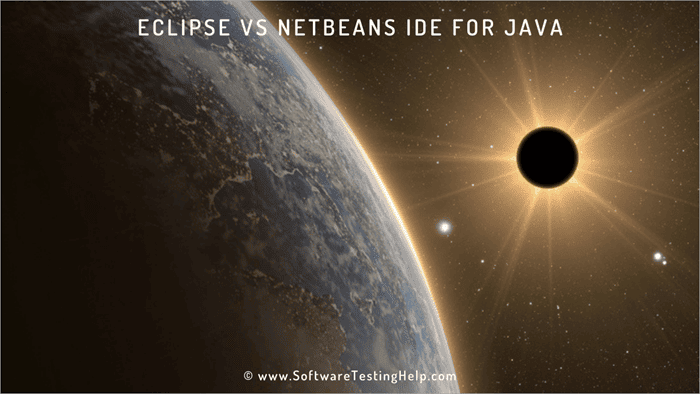 We will discuss and compare widely popular IDEs – Eclipse Vs NetBeans for Java in this article. We have taken the reference of NetBeans version 12.0 and Eclipse version 4.17 to compare both IDEs NetBeans vs Eclipse for Java-based application development.

It is mandatory to install Java Development Kit–JDK version 1.8 or higher as a basic prerequisite before installation of either Eclipse or NetBeans IDE.

JDK contains Java Runtime Environment JRE, compiler to compile Java program source code that gets converted into byte code which can be run using JRE, debugger to validate the portion of code for unit testing and has a Java API that consists of built-in classes, that are pre-compiled and provide various functionalities. These classes can be imported into the source codes of the application.

Recommended Reading =>> How To Download, Install And Configure Java

Eclipse is an open-source Java Integrated Development Environment (IDE) that can be used to develop software applications using editor along with various plug-ins for C/C++, JavaScript/ TypeScript, PHP, Java, HTML5 as well as Python programming languages. 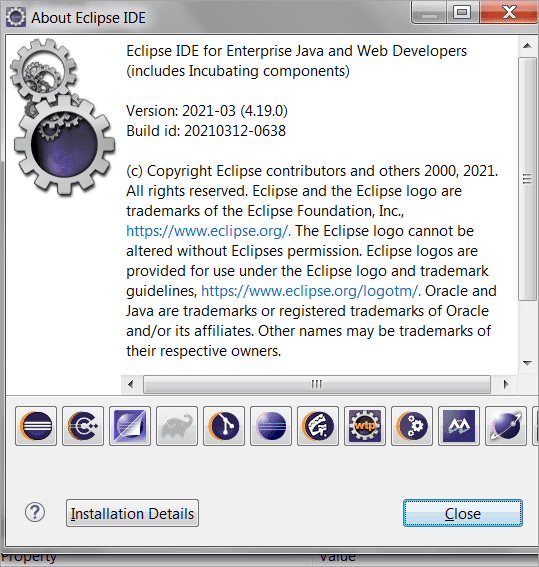 The advantages are as follows:

#1) The unique advantage of using Eclipse as an IDE is its Plug-in Development Environment (PDE) that contains UI – editors, tools and models, API tools – that help document and maintain APIs, and Build which are Ant-based scripts/tools to automate the build process.

#2) Modeling framework support in Eclipse that helps serialization – conversion of a stream of bytes to store object and passing into a file, database or memory in any of the formats such as XML, JSON, Database, Model Repository, Graphical and CRUD (Create, Read, Update, and Delete) editing, to develop UML projects application using Eclipse-based modeling framework on the structured data model. 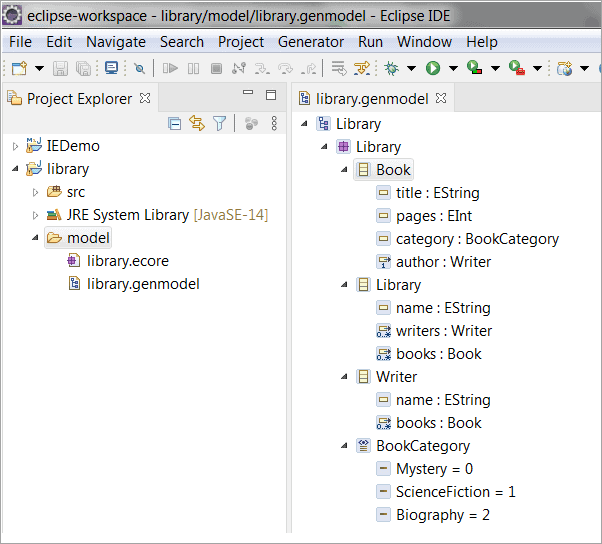 #3) Perspective feature in Eclipse IDE controls–what project, folder, or file to be displayed in the model layer and what actions or views to be seen in the user interface layer. Java perspective contains package, hierarchy, outline, and tasks view that help in Java development. 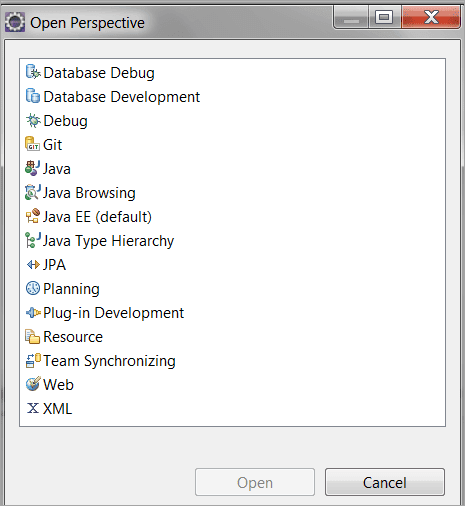 #4) Remote debugging is one of the unique features offered by Eclipse that allows debugging the code on a remote server and has supported by the compatible JVM for debugging. IDE offers recommendations and suggestions in case compiling results in error. 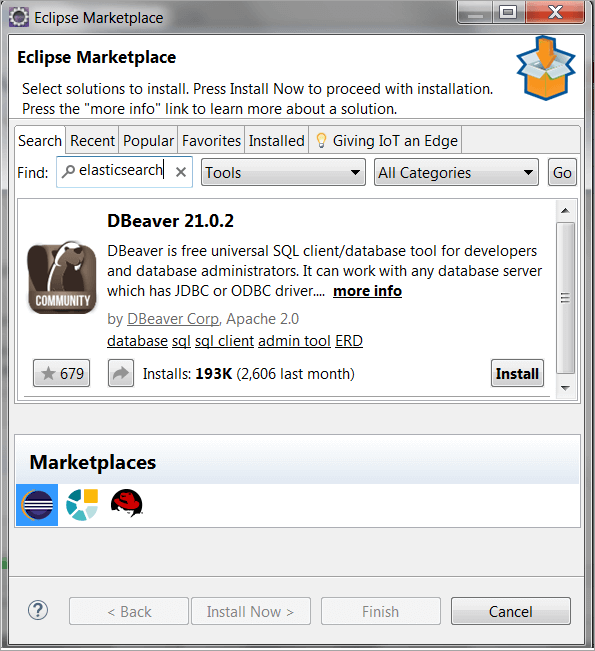 #7) Eclipse assists with documentation and help during code design, test, and debug. It supports integration with Maven and Git repository for deploying and maintaining various builds and versions of application code.

Apache NetBeans offers a development environment and framework to build software applications in Java SE, PHP, and HTML5 and integrate with external tools and services, mainly used by beginners in the programming/development domain. 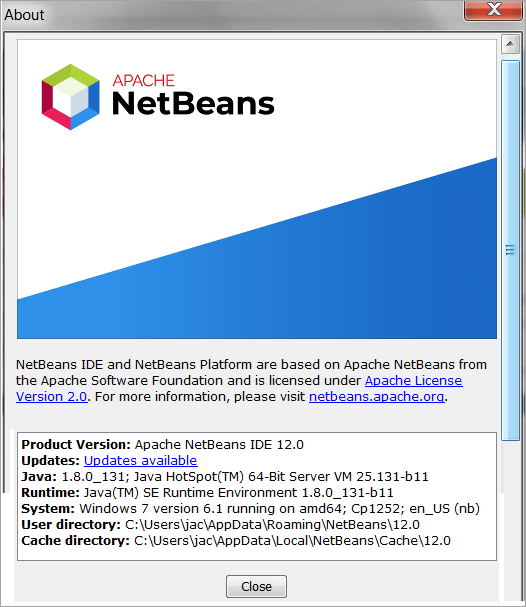 The advantages are as follows: 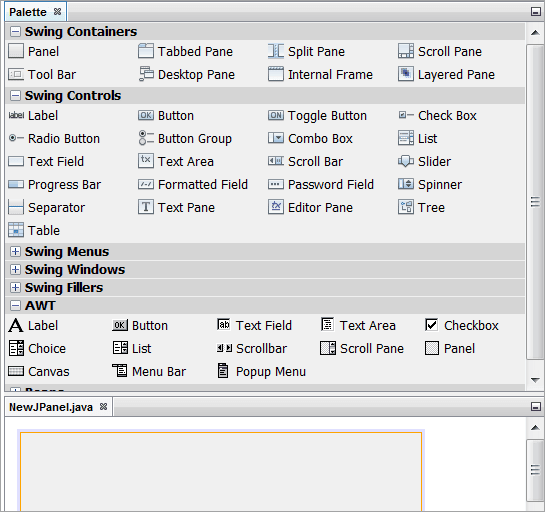 #7) Code compare feature in NetBeans IDE allow the developer to compare differences if any between two files of the same code in different versions, Eclipse requires installing the plug-in to include this feature.

#9) Refactoring built-in support is present in NetBeans IDE that renames classes and variables and any dependent classes quickly.

Comparison Between NetBeans Vs Eclipse

Eclipse and NetBeans are the most commonly used Integrated Development Environment (IDEs) to design, build, test and deploy Java applications and frameworks, compared for their features.

Answer: Both Eclipse and NetBeans are the best IDEs used in order to develop Java applications. When developers are new to the development environment, a single view for all the types of applications, with a build-in plug-in for many functionalities and a stable framework of NetBeans IDE, is preferred.

Q #2) Is Eclipse preferred over NetBeans for Java?

Answer: Eclipse IDE is preferred amongst developers as there exist external plugins for every desired functionality to be incorporated in the application, auto code completion, syntax check, refactoring wizard, and support for C, C++, C#, JavaScript, Python, Ruby, Groovy in addition to Java makes Eclipse preferred choice as IDE.

Q #3) How to overcome OutOfMemoryErrors while running Eclipse IDE?

Answer: The solution to OutOfMemoryError is to increase the size of heap memory of Eclipse using -Xms and -Xmx JVM options for Java heap size. 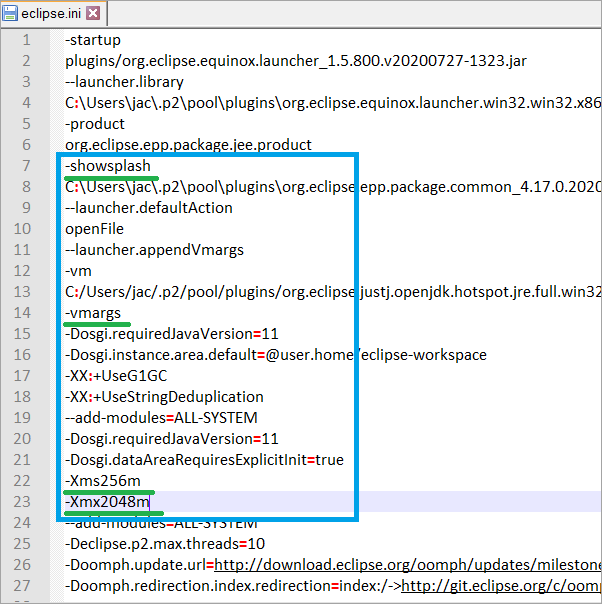 Q #4) Where can I find a listing of existing plug-ins in Eclipse IDE?

Answer: You can quickly view the already installed plug-in in Eclipse by selecting from the menu, Help –> About Eclipse IDE –> Installation Details, which opens another window, select Plug-ins tab. This will display the name of the plug-in provider, name, version, id of the plug-in.

Q #5) What Java-based applications can be developed with NetBeans IDE?

Further reading =>> How to use NetBeans IDE to create Java Applications

Q #6) What are modular applications in NetBeans IDE?

Q #7) How can we connect Oracle Database from NetBeans IDE?

Answer: Oracle JDBC Thin driver is a standalone Java-based platform-independent driver that allows a direct connection with Oracle Database, but requires ojdbc6.jar installed in your system. Whereas another option is that the Oracle OCI driver can communicate with the database using Oracle’s native client libraries. You may need both drivers installed for NetBeans IDE.

Q #8) How do I get help and support from the open-source community while developing applications using Eclipse?

Answer: You can download and search plug-ins and look for support from the open-source community from Eclipse Projects and Eclipse Marketplace. Official Eclipse FAQ and Wiki are online sites available to get assistance while designing applications using Eclipse.

Q #9) How can you distinguish between changes carried out in the source editor of NetBeans IDE with Git version control system?

Help -> Check for Updates. If updates are found, proceed through the install wizard and restart the IDE, in order to verify the IDE upgrade.

Q #11) Can we develop an application in Python language using Eclipse IDE?

Answer: After installing Eclipse IDE on your system, you can install the PyDev plugin from Eclipse Marketplace

Q #12) Which particular version of Eclipse is required for Selenium Web Driver?

Answer: It is required to design a test case/script or program to automate in order to run the web-based application, using Java programming language. Click here to download Eclipse IDE for Java Developers.

The comparison between the most commonly used native Java development developing platforms – NetBeans and Eclipse on the basis of their unique features are described in this article.