Mobile Device Testing is a Process for Testing a Device for Quality. Read This Comprehensive Tutorial to Gain In-depth Knowledge About Mobile Testing:

Device Testing is the process by which a Device is tested for its Quality to see how well it meets the requirements for which it has been developed. 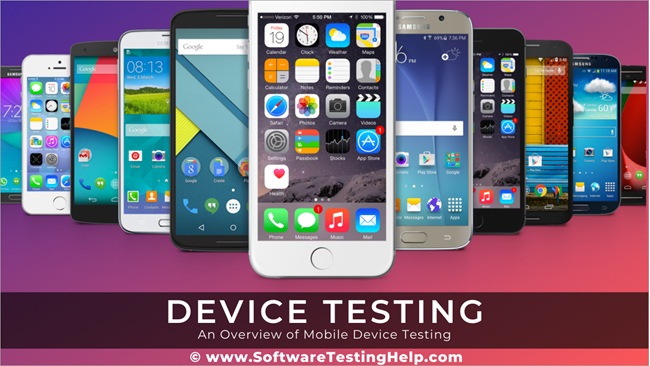 This tutorial is meant for all those who are interested in Mobile Device Testing and want to take it up as a career. If you are a tester (Manual or Automation) who is inquisitive and wish to gather some knowledge on Device Testing, then this is for you.

In simple terms, when a device is tested (its hardware or software) to ensure that it is working properly or as expected, it is called Device Testing.

Let us understand this with a real-world example.

Let’s assume that we have a Digital Weighing Machine and we wish to test the device. 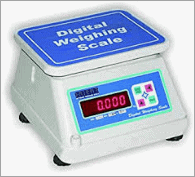 Hardware testing for it would include inserting the battery in it to test if it can be turned on, testing the on/off button if it works as intended, etc. On the other hand, software testing the device would include checking if it shows the correct reading when different weights are placed on it and when there are no weights does the machine indicates a zero on the display unit and so on.

Hope this would have given you some idea about what Device Testing is.

With this introduction on Device Testing, you would now be able to relate better with what Mobile Device Testing is. Let’s move ahead and understand the various aspects of Mobile Testing.

What Is A Mobile Device? 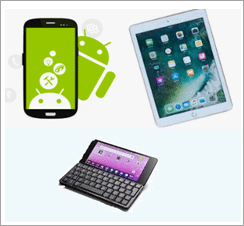 As the name itself suggests, these are the in actual replacements for larger computers and can be easily carried from one place to another. They are handy, unlike the larger computers that are not portable.

The Mobile Devices today are capable of performing most of the functions that a larger computer can do, be it Data Storage, Internet Access, and numerous other tasks that can be performed using the internet like Online Banking, Online Shopping, Online Bill Payments, etc.

Going by the literal meaning, a mobile device is nothing but a computing device that is portable and can be easily carried from one place to another. The type and number of mobile devices could be varied. They could differ based on their Sizes, Operating Systems and their ability to perform various functions.

Some of the major classifications of mobile devices include:

However, with the advent of touch screen technology, the iPad and Tablets have eventually made the PDA obsolete.

What Is Mobile Device Testing?

A very simple answer to this would be testing a Mobile Device to ensure that all its functions, which include its hardware as well as software work as expected.

Technically speaking, it is the quality check of a Mobile Device to ensure that it meets all the requirements and specifications in terms of its hardware and software before it is released for use to the actual consumers.

Mobile Testing includes testing of both the hardware as well as the software of the mobile along with the applications that are pre-installed by the manufacturer.

Mobile devices are revolutionizing the ways of human interaction with technology. Being handy, their usage in our lives has increased manifold since the past decade. We can do most of our jobs via mobile devices rather than being physically present at a location, like Online Banking, Online Shopping, Online Bill Payments, etc.

As the use of mobiles for performing our tasks has increased to a large extent, it has brought in the need to have perfect devices. Hence, it is very important to do proper hardware and software testing for the devices, so that their chances of failing are minimal.

What Is A Test Device?

A Test Device or a Device Under Test (DUT) is the device that is being tested for its quality.

A mobile device is tested for its quality at the manufacturer’s end. Besides the software, the hardware is also rigorously tested to ensure that it meets all the required specifications and all the hardware components are working as expected.

For Example, if we are planning to test the Samsung Galaxy S10 Mobile Device, then this is nothing but a Test Device or a Device Under Test.

We had a look at the various types of mobile devices and we can very well understand that the mobile devices would differ in their operating systems, sizes, and functions they can perform.

There are several types of Mobile Testing. Generally, the below types of testing are performed on a Mobile Device.

Unit Testing: It is a phase of testing in which the Software or Hardware of the device is tested in portions by the developers themselves.

The below types of testing are included during Factory Testing:

Certification Testing:  This type of testing, as the name suggests is done to get the device certified stating that it is suitable to be launched in the market. Suitability here refers to the fact that the mobile conforms to the basic requirements of compatibility to the other devices, will not have an adverse health effect on the user and is fit to be used.

When the device passes all the specified checks, then a certificate for the same. Many a time this testing is outsourced, as outsourcing helps to keep a check on its cost.

#1) Varied Geographies: The Geographies where a mobile device would be used are varied. Hence it is very important to have all its hardware features tested under various extreme conditions like temperature, pressure, etc. to ensure that it is working as expected in varying environmental conditions.

#2) Multitude Application Support: A mobile device is expected to support a multitude of Software and Applications that would be installed on it and hence it is necessary to test the software of the device to ensure that all the expected applications are supported by it.

#3) Mobility: Mobile devices are being used even when we are on the run. They are used in a careless manner and that is why their hardware like the buttons, the USB port, and the screen should be tested thoroughly so they are durable to rough handling.

Enlisted below are the differences between Mobile Device Testing and Mobile Application Testing.

Google’s Android is now the world’s most commonly used smartphone platform and is used by several phone manufacturers around the globe. In the personal computing platform area of smartphones and watches, Google’s Android dominates with over 2.7 billion users.

Enlisted below are the top 5 applications that can be used to test the perfectness of the Android Device Hardware.

This App has an easy to use UI and can tell you if the Android Device’s hardware is all up to the mark or not. By giving the necessary permissions to the app, the device can be tested for its Camera, Bluetooth, Wi-Fi, Telephone Signals, GPS status, Battery, Multi-touch, etc. It has a paid as well as a free version available for its users.

Phone Doctor Plus by iDea Mobile Tech Inc. offers 25 different tests to check the hardware performance of an Android Device. The main screen has a list of completed tests. These tests are stated under separate captions like Hardware, Battery, Storage, CPU, and Network.

When you swipe over towards the left of the screen, it shows the tests that can be run like the Outer Hardware, Display Check, Head Phone Jack, Home Button, Receiver, Mic, etc.

This app tests the various sensors on your Android Device. It’s sensor tests include Accelerometer, Proximity, Sound, Light, Temperature, Magnetic orientation, Gyroscope, and Pressure sensor. Although it supports a variety of sensors, testing it is important to know whether your device supports them or not.

AccuBattery is a simple app that provides information about the battery’s health.

AccuBattery performs a series of battery health checks to determine the performance of the device battery.  It shows some useful information like actual and current battery capacity. By comparing the two statistics, we could measure the extent of wear. It has a free as well as a Pro version available.

Other Checks To Be Performed On Android Device

Besides the above apps that can be used to test the hardware of the Android device, multiple other checks are performed on the Android Device as shown below.

The ease of using a device is called usability testing. To record usability tests, strategically placed cameras are used to record the test interactions on these mobile devices. While placing cameras, the factors like distance between the camera and device, portrait and landscape screen capture, etc. must be taken into consideration.

It is done to test how well the mobile device can recover after a sudden crash. There are Recovery tools available in the market to test the device post-recovery.

This involves testing the compatibility of the mobile device with different database configurations i.e. DB2, Oracle, MSSQL Server, MySQL, Sybase Database, etc. This testing mainly deals with finding errors in the databases to eliminate them.  This will improve the quality of the database being used to store the data on a mobile device.

Hope this article helped you in understanding what Mobile Device testing is all about and why it is necessary. The article explained the complexity involved in the testing of a Mobile Device along with various challenges it has.

In the future, our dependency on these gadgets is going to increase exponentially and therefore the need to have them tested well is going to intensify too.

Do you have experience in Mobile Device Testing?