Who doesn’t want to be at the top of the pecking order?

If the current trend is anything to go by, more and more millennials and generation Z individuals are already honing their skills to achieve top leadership positions.

The idea of one day being able to lead their own team motivates many to put in extra hours and work harder than they can fathom. 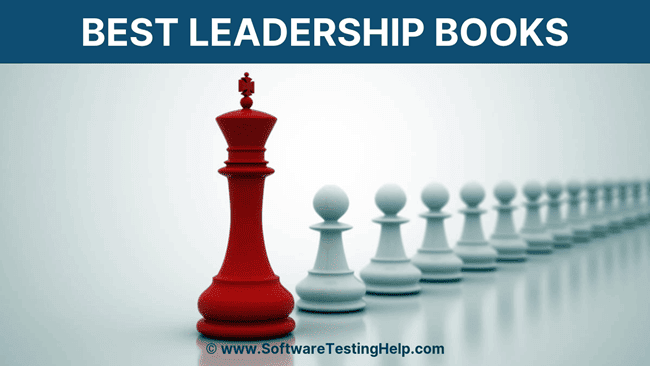 Alas! Only very few make it to the top. The question then to ask yourself is whether you have what it takes to reach the summit of your career? Most of them give up mid way thinking that they cannot overcome the discomforts/hurdles. 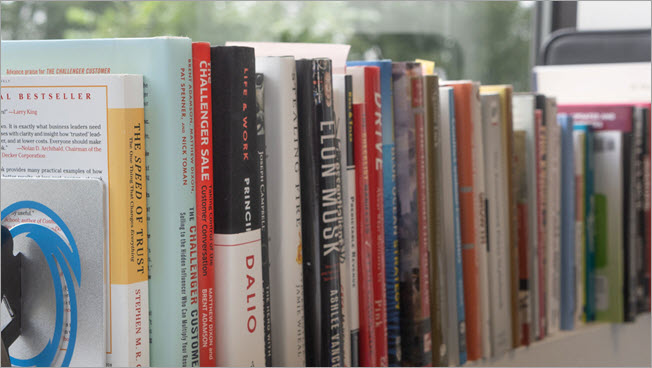 They become followers rather than leaders. However, they do not understand that what they are missing in their personalities can be easily cultivated, if they just seek the right kind of help.

How Do Leadership Books Help In Your Personal Development?

If we go back and study the lives of some of the greatest minds in business like Mark Cuban or Robert Kiyosaki, you’ll learn that they were lucky enough to have mentors to guide and teach them about the ways of success. Not everyone is fortunate enough to have their own mentors during their formative years.

This is where the role of leadership books become so influential. A good book on leadership will detail the author’s journey, his experiences and life lessons that he can impart to his readers. This, in turn, will help the readers to put those lessons into practice in their own life. The success stories credited to leadership books are many and are still counting.

What Makes a Leader?

“If you can’t govern yourself, then you’ll find a master that governs you.” – Baruch Spinoza

Some people are born leaders. They will exhibit this quality quite early on. For others, the road to being a leader can be a bit difficult. It all boils down to one’s resilience and hard work to accomplish the goals that they set out for themselves.

With the right mindset, anyone can acquire the required skills to become a leader they aspire to be. Given below are some key factors that many of the books on our list will focus on, to make a good leader.

These are just some of the factors that you can start working on to make yourself a good leader someday.

Suggested Read => 14 Fundamental Leadership Qualities That A Leader Must Possess

Reading is the key factor that helps in acquiring leadership qualities. Over the years, many successful entrepreneurs and prominent leaders have chronicled their experiences and lessons in the form of books that you can easily purchase online.

Enlisted below are the most popular leadership books that would help to bring out the best in you.

Comparison Of The Best Leadership Books

Thus without much further ado let’s take a look at some of the best Leadership books that you can pick up to brush your skills. 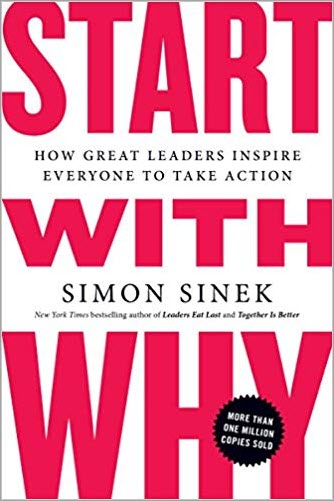 Start with Why is all about the power of inspiration. It is about how one can go on to inspire great things in the people around us. According to Simon, the power to inspire is one of the greatest tools that one can use to lead a team to eventual success.

Simon’s words are fascinating and can ignite a flame in you and can provoke you to do everything in your power to turn yourself into a great leader.

Suggested Readers: Men and Women of all ages, who want to learn a thing or two about leadership.

#2) The 7 Habits Of Highly Effective People 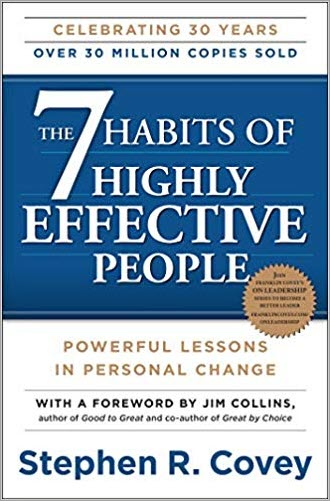 Most of the readers worldwide have considered The 7 Habits of Highly Effective People to be the most influential book to have ever been written on leadership. Its message and wisdom are as timeless as that of a bottle of great wine.

Steven R. Covey is a genius and he has dedicated his life in understanding what makes a good leader. He lists down 7 crucial habits which if inculcated properly in an individual could spell success for anyone.

This book has influenced a generation of CEO’S, Presidents, Teachers, and Parents.

Suggested Readers: Suitable for those who want to get rid of their unproductive habits.

#3) Leaders Eat Last: Why Some Teams Pull Together And Others Don’t 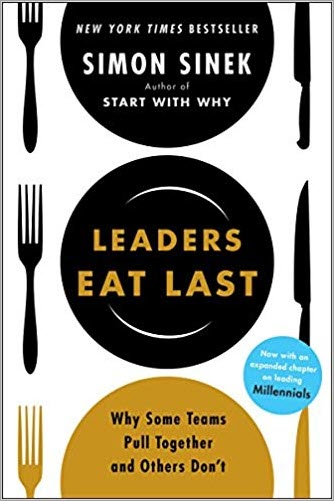 Simon Sinek is a renowned optimist. In this book, Simon imagines a utopian corporate world, where everyone gladly wakes up early in the morning and goes to work. This is a world where employers work extra hard to create a work environment for their employees to make them love their jobs.

This isn’t far from today’s reality. Many young entrepreneurs have completely forgone micromanagement and unnecessary formalities for an environment that does wonders to boost employee morale.

Great things happen when everyone in your team works with the same enthusiasm as the boss, and this, in turn, will lead to the success of the business.

Suggested Readers: For entrepreneurs who are interested in creating an employee-friendly work culture. 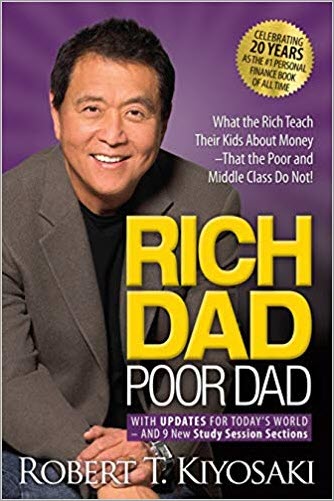 Rich Dad Poor Dad is a fascinating book. It is a bit autobiographical and part self-help but is entirely influential. The Young Robert wanted to learn how to make money, so he went to his biological father who didn’t have the answer to that question as he was a struggling high school teacher.

However, his curiosity ended when his best friend’s dad had the answer that he was seeking. From there on, the book is filled to the brim about how one can successfully control the narratives of their own life by making unconventional life choices when it comes to money.

This book is filled with one-liners that have the power to influence an entire generation of leaders.

For Example: ‘Broke is temporary, poor is permanent’.

Suggested Reader: For those who want to understand the science of making money. 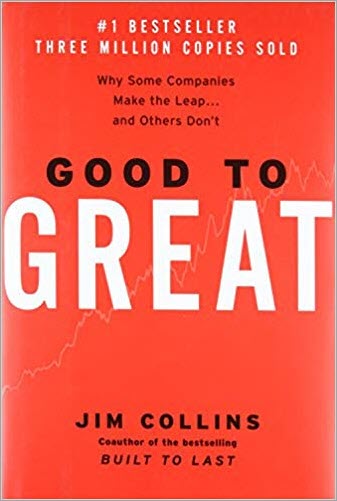 This book is a study of multiple successful businesses of the ’90s. It deeply explains what makes good ideas to turn into great successes. The book breaks down the dos and don’ts of launching a new startup with careful precision.

Learning and understanding what Jim Collins has to say is pivotal in the reader for getting the leadership advice he needs. The book is thoroughly researched and has masterful advice for young aspiring entrepreneurs.

#6) Drive: The Surprising Truth About What Motivates Us 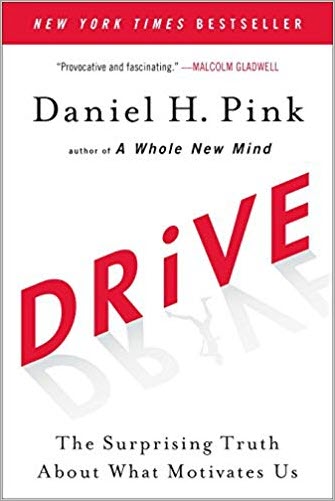 Motivation is one of the most prominent factors for someone pursuing leadership. But, where does this motivation come from? Drive is a book that is dedicated to answering this question.

If you are someone who is stuck in a rut, then it simply means that you just don’t have the motivation to get out of it. Many believe that money is a powerful motivating factor, while others put their bets on freedom. Understanding what really drives you is what will truly lead you to discover your full potential.

Suggested Readers: This book is suitable for individuals of all ages. Especially for those who want to test the various factors that can motivate them to get things done. 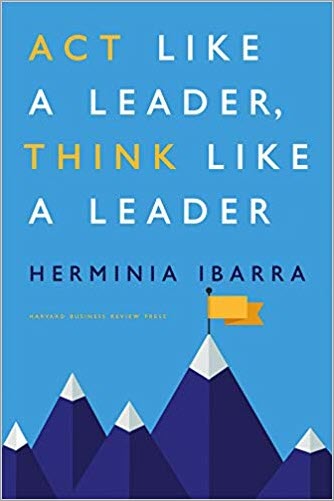 The author of this book develops leadership qualities in people for a living. It doesn’t get any better than this. The book is littered to brim with practical advice and self-assessment tactics to sharpen the leader inside you.

There is some great advice in this book about networking, authenticity and how to be a good storyteller. Mastering all these spectrums is crucial for one in defining himself as the leader.

However, the best advice that the book delivers hits closer to home than anything else you will hear about leadership; The best way to learn how to be a leader is by leading.

Suggested Readers: Suitable for aspiring leaders of all ages.

#8) How To Win Friends & Influence People 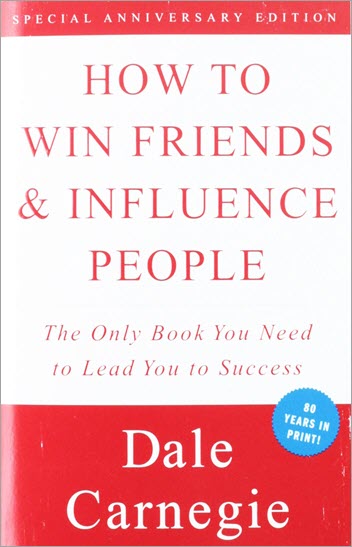 Dale Carnegie is a great genius. The oldest book on this list is still one of the most influential books in the Self-help market. The title How to Win Friends and Influence People could very well be a title that is much suited for a rom-com.

The book doesn’t chronicle nefarious ways by which you can control people. It is a testament to how to be your best self. It concerns itself with how you can be a better human being yourself by simply understanding the other human being.

By the end of it, you might become a better employee, a better boss, a better friend or a better husband. Written originally in the 1930s, its multiple editions over the years prove why this title is still one of the best self-help books to ever grace a bookshelf.

Suggested Readers: Suitable for men and women of all ages. Highly recommended for individuals interested in improving their social status 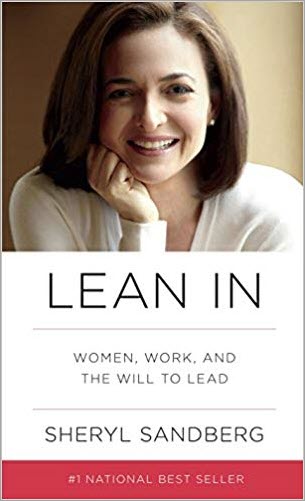 Lean in – is a book for the ladies by a lady. This book is interested in having a very intriguing conversation about women in the workplace. For a very long time, women have been relegated to lesser roles with even lesser pay.

Sheryl being the COO of Facebook tells us how women themselves are responsible for holding each other back. She encourages ladies to participate, take risks and seek challenges that will train them for the role of a leader in the future. It is all about discarding the mediocre to discover one’s true potential.

Sheryl also had TED talk based on her book, which has over a million views on YouTube.

Suggested Reader: This book is a recommended read for women who are struggling to find leadership roles. 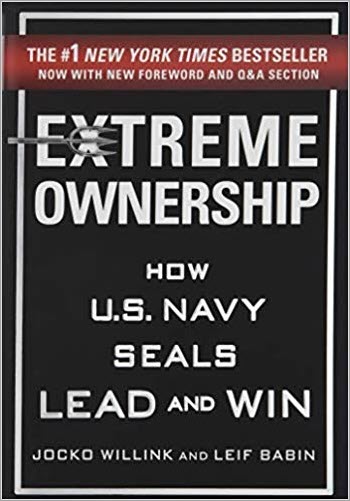 If you want practical examples of great leadership, then look no further than the U.S army. Their discipline and daily routines are paramount in creating great leaders. The authors of the book, both being Navy Seal veteran know exactly what they are preaching to their readers.

The book states how militaristic strategies can be used in our mundane lives to boost productivity. The discipline of the army can be used to create a level headed individual who can lead his team to victory in any aspect of life.

Leadership Books In A Nutshell

Each of the above books has the potential of turning coal into a shining diamond. Leadership is something that can be accomplished with self-discipline and perfect guidance. There is a different book for each and everyone, depending on the kind of leadership role they want to pursue.

Lean In is highly inspirational for women, whereas Drive is recommended for those who want to learn the science behind motivating people. Our favorite pick is the narratively potent – Rich Dad, Poor Dad.

Hope these Best Leadership Books would help in bringing out the leader in You!!