Detailed Review Of The Best Stephen King Books. Select And Enjoy Your Next Read From This List Of Top Novels By Stephen King:

Are You Interested In Reading Stephen King Novels? Do You Wish To Know Where To Start From?

When it comes to horror, no-one does it better than Stephen King.

Arguably one of the most prolific horror writers of the world – Stephen King has had a multitude of bestsellers to his name ever since he came into light with his first short story “The Glass Floor” back in 1967.

Ever since the writer has gone on to write and publish over 60 novels in genres of Horror, Science Fiction, Fantasy, and Suspense. Most of his books have already been adapted into successful TV shows and movies to the varying response. His excellence in the horror genre has made many of his fans to define him as the “King of Horror”. 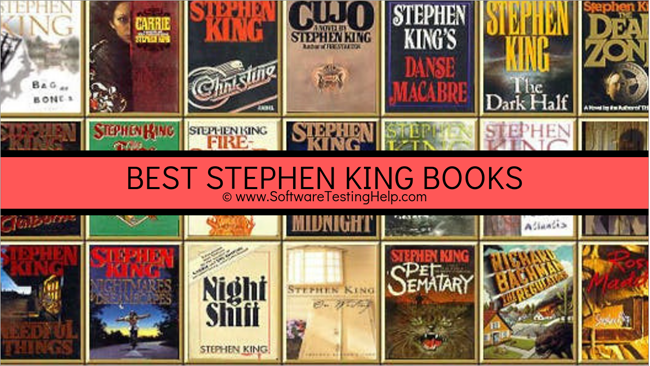 Stephen King was born in 1947 to a father who was a merchant seaman. He was merely 2 years old when his father left and his mother raised him on her own.

Although raised as a Methodist, he lost all faith in an organized religion when in high school. However, King still chooses to believe in the existence of God. 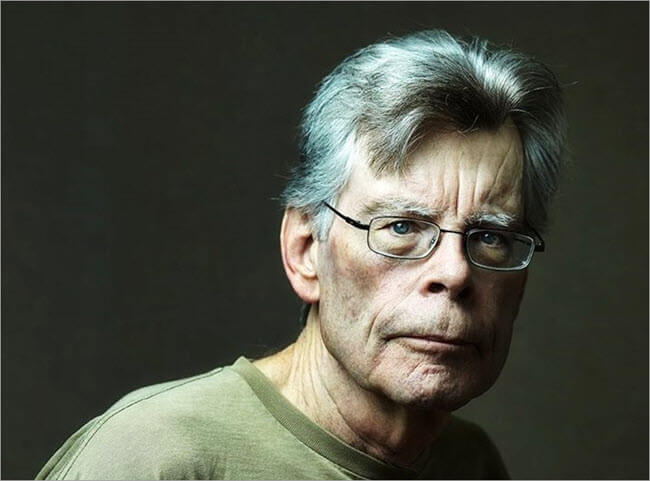 King has stated that his inspiration for writing horror fiction came by watching his uncle dowsing for water using the bough of an apple. Later, when King uncovered a paperback version of HP Lovecraft collection of short novels, he was instantly mesmerized by it. Thereby starting his journey as a writer.

Themes in His Books

The underlying theme of his books mostly has something to do with suffering and revenge. The protagonist will first go through hell, only for him to later get vengeance on their persecutors. This theme can be found in his books like Misery, Carrie and IT.

The loss of innocence and the breakdown of families are also explored via the overlying narrative of the supernatural.

Throughout his illustrious career, his books have sold over 350 million copies worldwide. He is the recipient of the Bram Stoker Awards, World Fantasy Awards, and British Fantasy Awards. In 2003, he was honored with the medal for distinguished contribution to American letters by the National Book Foundation.

He has also received the World Fantasy Award for Lifetime Achievement, The Grand Master Award from the Mystery Writers of America in 2007 and a National Medal of Arts from United States National Endowment for the Arts.

List Of Best Stephen King Books To Read In 2021

Stephen King has so many nail-biting classics to his name that it is unfair to classify or rank them. That is why we have decided to name 11 of our favorite Stephen Classics which we believe you should pick up for a visceral reading experience. 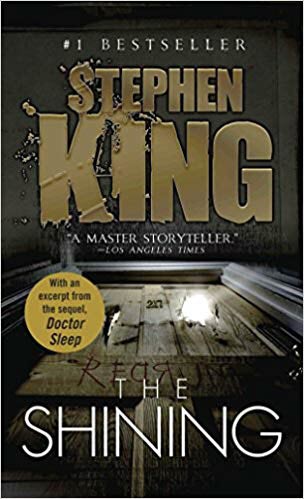 The Shining is Stephen King at his best. Telling the story of a father who brings out his wife and son to the desolate overlook hotel at the inception of a blizzard is a stuff of nightmares. The book details in excruciating details of the father’s slow descent into madness which threatens the safety of his family.

Ever since its release, it has spawned multiple adaptations both legit and bootlegged. Jack Nicholson’s 1970’s film is one of the most memorable of all of them. The story has now become a stuff of legends and has inspired many aspiring writers to follow in the footsteps of King. 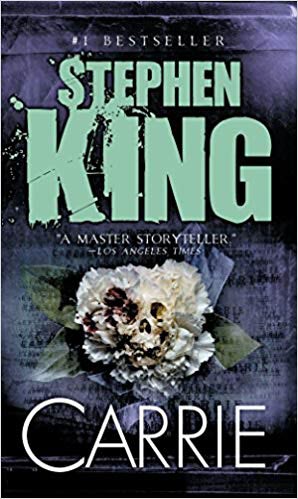 Carrie would make you believe that being an introverted teenager was not exactly fun in the America of the ’70s. It is the book that first bought King into attention as a classic tale of revenge with a gory supernatural twist.

Almost 90% of this book is one long ordeal of bearing witness to the domestic abuse, bullying, and humiliation of shy teenager Carrie. All throughout the book, you wish that Carrie’s tormentors would get their comeuppance, and when that does start happening, you wish you hadn’t encouraged that thought. 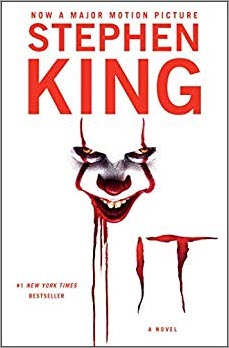 A sweet tale of childhood, friendship, love, and a murderous supernatural clown out to ruin it all, that’s IT in a nutshell. This is probably the most popular of the bunch in the modern era. The book has already been adapted into a very popular mini-series and a blockbuster movie.

The book with a creepy clown at the center is mostly centered around the friendship that our group child protagonists share with each other. From the dialogues which King gives to his characters, you can understand how deeply King understands the way children behave and talk.

It can also be an allegory for bad parenting, as most adults in this book are pretty horrible. Still, it is a book that many novice readers can start with to better understand the mind of this great author.

The Dark Tower is King’s own version of Game of Thrones, an epic 8 series story that centers around a tower that connects all of Stephen King’s Universes together. There is a dark wizard who is out to destroy the towers and thus destroys the world, and there is a Gunslinger who is out to stop him.

The Dark Tower is an ode to Stephen King by Stephen King. References to all of his old work like The Shining, It, Carrie, etc. are peppered all throughout the complicated narrative of this 8 part series. There have been multiple attempts to turn this book into movies with all of them failing.

The book, however, still remains as one of his most accomplished works as a fantasy author. 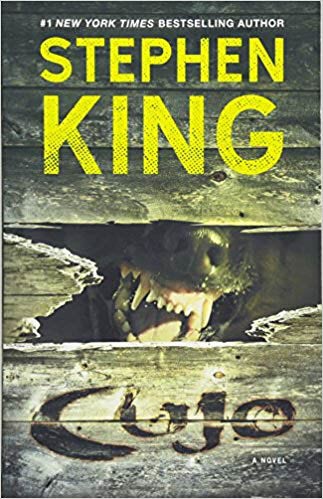 Cujo is a nightmare for Dog Lovers. King takes the man’s best friend and turns the philosophy upside down to deliver one of his most tongues in cheek works in years. A nice friend suddenly turning into a flesh munching monster hits all the right notes of combining horror with dark humor.

It does not shy away from violence, making the Dog commit the most horrendous of a violent act to his human victims. If you love dogs, then this book isn’t for you. For others wanting a very unique take on violent pets then this book is a blast from start to finish. 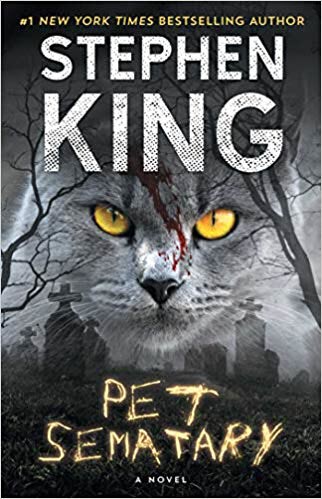 Pet Semetary is considered as Stephen King’s most disturbing outing to date. It says a lot considering all of his other work. Pet Cemetary tells the tale of a family that moves into a village where there is Cemetary that can bring pets back to life. However, when they come back, they are not what they used to be.

That’s all I am going to say about the book because it is something you need to experience for yourself. The story is sadistic and doesn’t spare any modesty to commit to its nihilistic message until the very brutal climax.

This book is not for those who like happy endings. It can be a really traumatizing experience if you attach yourself to any of the characters present in this book.

The book has had two movie adaptations and is still one of the King’s most talked-about work. King himself didn’t want to publish the book because of how sadistic it turned out to be, but published it anyway, and sold millions of copies worldwide. 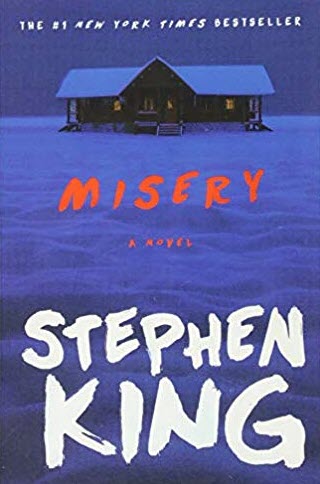 In Misery, an accomplished author finds himself captive in the custody of a crazy fan. A survivalist tale that explores the relationship that the artists have with their fans is equal parts brutal and satirical.

You can’t help but feel that King has put a lot of himself in the shoes of his protagonist. Throughout the book, the author is put through hell and keeps you at the edge of your seat as you worry about the fate of your protagonist.

Misery also has one of the most loathsome villains of all time. This is one of the reasons for which the book worked so well. Misery was adapted into a fantastic film that was loyal to its source material. 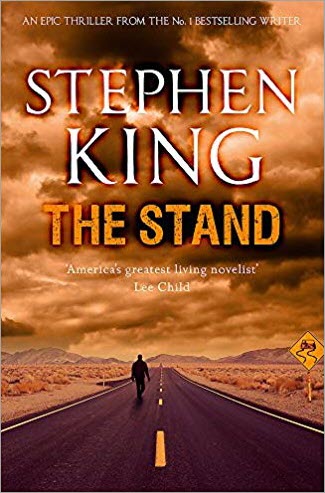 An outbreak of flu has wiped out over 99% of the world’s population. Those who remain must stand with the forces of good or the forces of bad for dominance over what remains.

There are very few elements of horror found in the prose of this book, which is very peculiar for a writer like King. However, the book more than makes up for it with an epic tale of good vs evil.

The antagonist of this book Randall Flagg is also the main antagonist of The Dark Tower series. Although very long, the book is a thrilling read from start to finish. 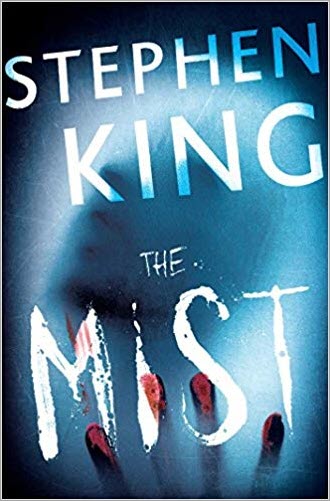 The story of innocent civilians trapped in a supermarket, when there is a sudden invasion of monstrous creatures. The book is definitely horror and has big bad monsters to prove it. Yet, that is not what the book is all about.

The supermarket and the crisis of giant meat devouring bugs quickly become side narratives in a tale that mostly wants to focus on the fragile state of human existence. Everything from religion, to friendship and loyalty, become hot topics of deconstruction in this depressing tale of clueless humans trying to survive an epidemic totally out of their hands.

The mist should not be definitely judged by its cover. It is King’s most thought-provoking story to date. It is not only about the monsters who are causing havoc, but also about the ones who are running away from them. 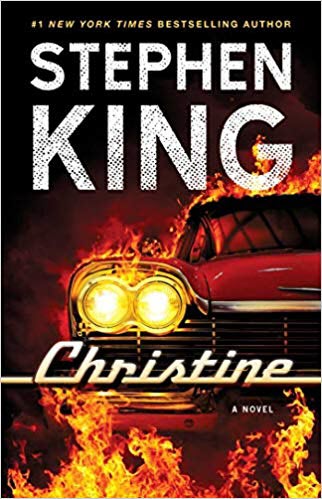 Stephen King has told stories involving evil babies, evil teenagers, and evil dogs. Just when you thought the guy couldn’t stretch his imagination further enough, he writes a story about an evil car.

The premise is absurd. How can a car ever be terrifying or scary? But Stephen is the master of horror and he makes this premise work.

A teenager who gets a new car, finds all his nemesis being dropped one by one under mysterious circumstance. Little does he know that it is all the doing of his car which is now possessed by an evil soul.

On-screen, this premise doesn’t translate well, as seen with the horrible movie adaptation. But the book allows King to use his penchant for words and makes the horror pop out of its pages. 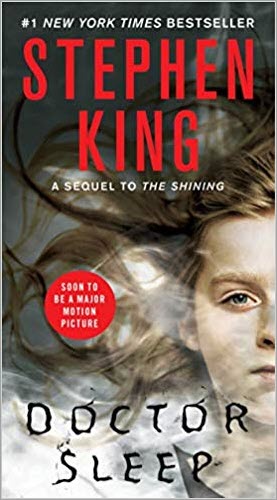 Doctor Sleep continues the story of Danny Torrence from the book The Shining. This is Kings’ only sequel in a long list of original work. After The Shining’s massive success, he felt the need to continue the story to focus more on this mysterious supernatural ability which Danny possesses and called it, of course, ‘The Shining’.

Although not as masterful as the original, the book is still a great piece of thriller that draws out Danny’s character as a tortured hero who is now tasked with saving the life of a girl with similar powers as him.

Stephen King is an author of unmatched talent. He is a gift to the literary world, who had frankly lost its spark when it came to horror. King with his style of writing came up with stories that are both hopeful and nihilistic but always terrifying.

After 60 published novels, King still continues to write and has stated that he has more stories to tell. We hope to get more nail-biting books and movies from this brilliant author. The world of horror literature wouldn’t be the same without the pen of Stephen King.

If you are looking to just get started with Stephen King Novels, then we suggest you start with a smaller book like Carrie and then you can move on to The Shining and IT to really enjoy what his prose is all about.

We hope this article helped you select the best Stephen King book to enjoy!