We explored developing SPA’s using AngularJS in our previous tutorial. This tutorial will explain more about the differences between Angular versions.

Being someone who has been working in the development domain for almost a decade, I have seen how technologies have evolved. Same is the case of front-end technologies too. There was a time when HTML and CSS were dominating the industry.

But today, without having good skills in AngularJS, you can’t land a good job as a front-end developer. Don’t miss to read our AngularJS tutorial series for beginners. 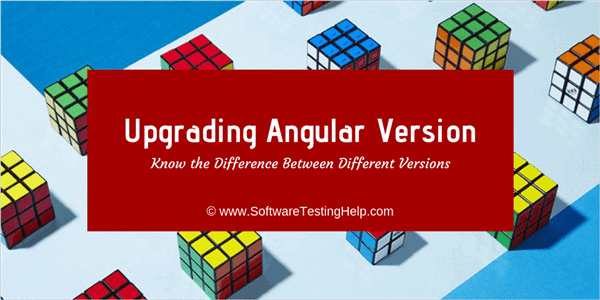 With the advent of Blockchain technology and new Blockchain-based projects, the demand for developers skilled in AngularJS has increased in many folds.

About Angular and AngularJS

This introduction would be much useful for those who don’t know much about Angular.

Angular is a blanket term that is used for all the versions which came after AngularJS (Angular 1), i.e., Angular 2, Angular 4, Angular 5 and now Angular 6. It has the latest and most refined framework till date to design a web application that is dynamic and responsive.

During the last five years, AngularJS has evolved drastically. It was first introduced in 2009 and it enables two-way data binding. Utilizing HTML as a template language, it creates an environment that is quick to develop and more easily readable.

Angular lets developers to create more reusable codes. Thus, developers have to do less of coding, which saves time and helps to increase efficiency greatly. Due to this AngularJS web application development companies are in great demand now.

Why Opt for AngularJS or Angular?

Considering the features that AngularJS offer, it is a logical choice for the development of advanced web application built on a JavaScript framework, especially for Blockchain-based solutions.

Developed by the talented team of Google Developers, AngularJS has got a solid foundation, big community and is well-maintained too.

Starting from AngularJS (also known as Angular 1), followed by Angular 2, today we have Angular 6 version of this highly evolving technology.

Let’s have a quick look at the differences, which would be easier for you to upgrade.

However, as an upgrade to Angular 1, Angular 2 uses TypeScript which is a superset of JavaScript and helps in building more structures and robust code.

As the upgrade progressed, the TypeScript version compatibility was further upgraded with Angular 4 supporting TypeScript 2.0 and 2.1.

[The code is here: https://dzone.com/articles/learn-different-about-angular-1-angular-2-amp-angu]

[The code is here: https://dzone.com/articles/learn-different-about-angular-1-angular-2-amp-angu]

While AngularJS is based on MVC (model-view-controller) design, Angular utilizes services/controller. Thus, if you are upgrading from Angular 1 to Angular 2, there is a possibility that you have to rewrite the whole code.

In Angular 4, the bundle’s size is further reduced by 60%, thereby helping in accelerated application development. 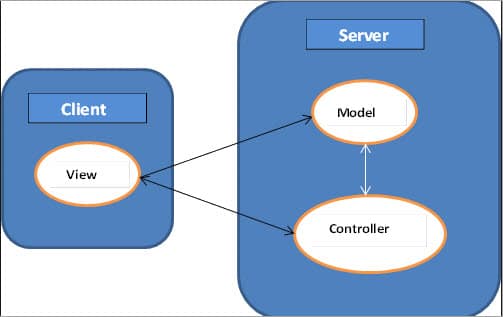 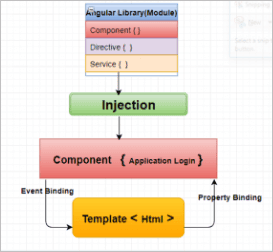 In AngularJS you have to remember the right ngdirective to bind an image/property or an event.

For developing SEO optimized applications in AngularJS, rendering of the HTML at the server side was required. This problem has been eliminated in Angular 2 and Angular 4.

In specific, AngularJS is for designers. It does not offer much for the developers to play with.

However, Angular has many components to support a developer’s requirement, hence it can improve the overall performance of the application, especially in speed and dependency injection.

When AngularJS was introduced, the code required for animation was always included in the application, whether or not required. But in Angular 4, the animation is a separate package which eliminates the necessity of downloading bundles of large files.

Should You Upgrade to Angular from AngularJS?

It is always advisable to upgrade to a new version of the technology.

The better question is – What is the right time to upgrade to a newer version of Angular?

Google’s team has released Angular 5 with many new features as well as service improvements and bug fixes from version 4. Angular 5 is much faster with improved loading time and has better execution time as well.

The latest in line is Angular 6. According to Google’s team, this is a major release which is focused on making the toolchain easier to move quickly with Angular in the future, and less on the underlying framework.

ng update <package> is a new CLI command that is introduced with Angular 6. It analyses package.json and recommends updates to your application by utilizing its knowledge of Angular.

Another CLI command that has been introduced is ng add <package> which makes adding new capabilities to your project easy. It utilizes the package manager to download new dependencies. It can also invoke an installation script which can update your project with the configuration changes and add additional dependencies.

Angular 6 supports version 6 of RxJS. RxJS v6 and has several major changes. It offers a backward compatibility package rxjs-compat which ensures that your applications keep working.

The new versions of AngularJS, i.e., Angular 2, Angular 4, Angular 5, and Angular 6 have many features, but that doesn’t mean that AngularJS is obsolete. Many people are still using AngularJS for developing a small web application.

But I believe, sooner or later,  the users would have to upgrade to the new versions as the new features introduced by Google team would only be available in the new versions.

Thus, it advisable to upgrade as soon as possible since migrating to a new version would require coding from scratch.

In the next tutorial, we will learn how to use the Protractor testing tool for End-to-end Testing of AngularJS Applications.