If you are preparing for the CSTE testing certification exam or thinking to give the exam in coming days then this question series will help you for preparation. Here I have included some questions from CSTE objective type question papers.

The Software Testing/Quality Assurance professionals can also take this exam to test their testing knowledge.

You can either take the printout and mark the answers or note your answers somewhere on the paper serially for all 25 questions. Verify your answers at the answer page provided at the bottom of this test page. 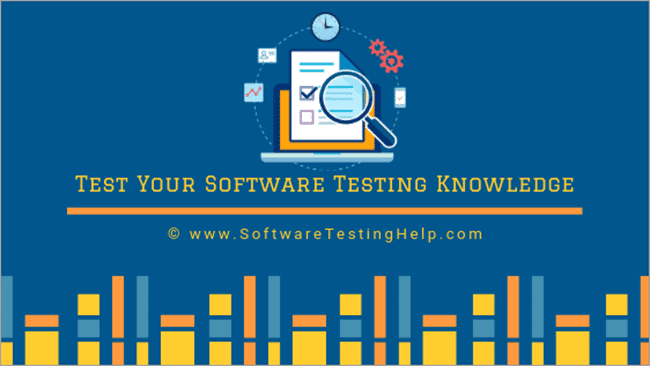 Q #5) Test are prioritized so that:
a. You shorten the time required for testing
b. You do the best testing in the time available
c. You do more effective testing
d. You find more faults

Q #6) Which of the following is not a static testing technique:
a. Error guessing
b. Walkthrough
c. Data flow analysis
d. Inspections

Q #8) During which test activity could fault be found most cost-effectively?
a. Execution
b. Design
c. Planning
d. Check Exit criteria completion

Q #9) Which, in general, is the least required skill of a good tester?
a. Being diplomatic
b. Able to write software
c. Having good attention to detail
d. Able to be relied on

Q #10)The purpose of the requirement phase is :
a. To freeze requirements
b. To understand user needs
c. To define the scope of testing
d. All of the above

Q #11) The process starting with the terminal modules is called –
a. Top-down integration
b. Bottom-up integration
c. None of the above
d. Module integration

Q #12) The inputs for developing a test plan are taken from :
a. Project plan
b. Business plan
c. Support plan
d. None of the above

Q #14) Defect Management process does not include:
a. Defect prevention
b. Deliverable base-lining
c. Management reporting
d. None of the above

Q #19) Which of the following is not a characteristic for Testability?
a. Operability
b. Observability
c. Simplicity
d. Robustness

Q #21) Which of these can be successfully tested using Loop Testing methodology?
a. Simple Loops
b. Nested Loops
c. Concatenated Loops
d. All of the above

Q #24) When a new testing tool is purchased, it should be used first by:
a. A small team to establish the best way to use the tool
b. Everyone who may eventually have some use for the tool
c. The independent testing team
d. The vendor contractor to write the initial scripts

Q #25) Inspections can find all the following except:
a. Variables not defined in the code
b. Spelling and grammar faults in the documents
c. Requirements that have been omitted from the design documents
d. How much of the code has been covered